Later in chapter 13 (Nothing Left) in Plague Tale: Requiem, you must avoid or kill enemies on the way to the port. Our walkthrough tells you how to deal with soldiers and rats, as well as how to win the battle in the fort and rescue Arnaud. 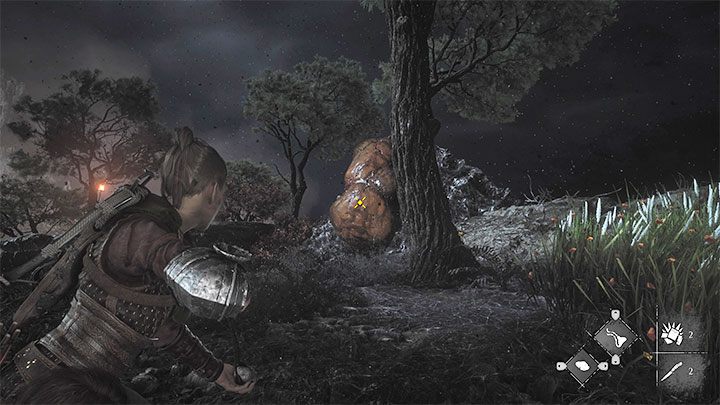 After leaving the rats' nest, go straight and in the distance you will notice the port of the destroyed village - this is your new destination.

Soon you will reach areas with rats and new enemies. You can destroy rat tanks when enemies are next to them. However, you can still use Exstinguis to extinguish their torches. 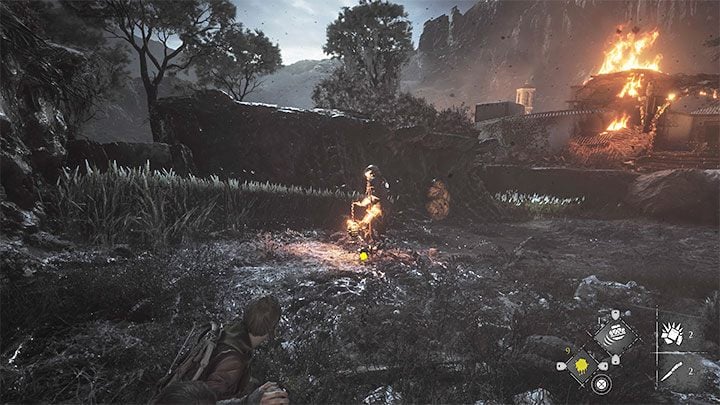 While following the path, watch out for enemies with ranged weapons and an opponent in heavy armor. As a reminder, you must first destroy a weak point on his armor by using the slingshot. This will expose him to further attacks (crossbow, tar + Ignifer, etc.).

You can also use Hugo's power to control the rats. Remember, however, that they can help you eliminate only enemies without torches. 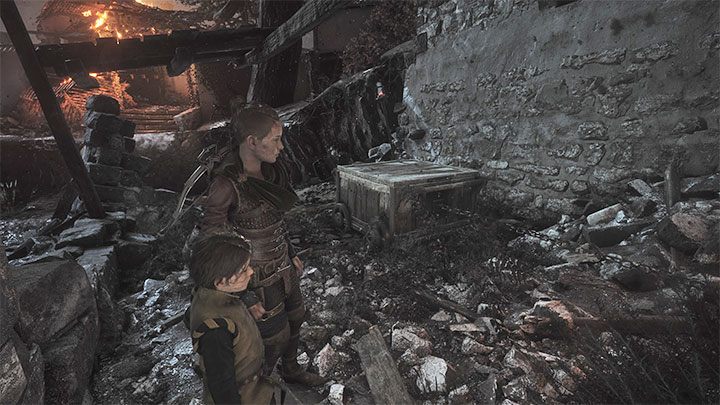 You have to get to the opposite end of the area with soldiers and rats. You will find a cart on wheels attached by a chain to the wall. Use the slingshot to destroy the chain, and the cart will roll down. This will allow you to climb to a higher ledge and leave this location by going through the door. 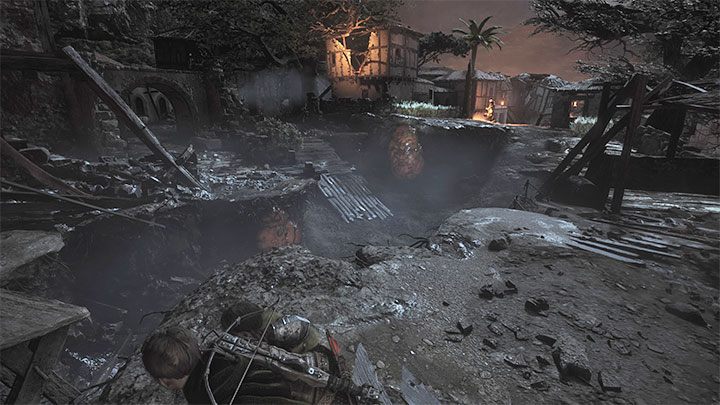 You must now go through the destroyed village. Here you have more opportunities to sneak around, as you can use tall grass and distract enemies. Remember about rats - don't enter dark locations before checking if they are in the immediate area. You can take control of rats and destroy tanks with your sling.

There are 3 paths to the second part of the village, but only the left and right ones are safe. Evade or eliminate the new soldier in heavy armor. Do not take the middle (lower) path, as there are rats and tanks. 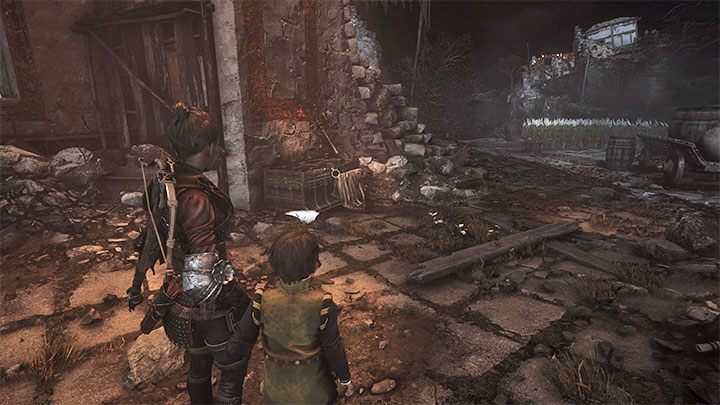 In the new area, you will encounter, e.g. talking guards. Sneak past them before they finish their conversation and start patrolling the area.

Investigate the ruins of the church to find a secret chest (above image). 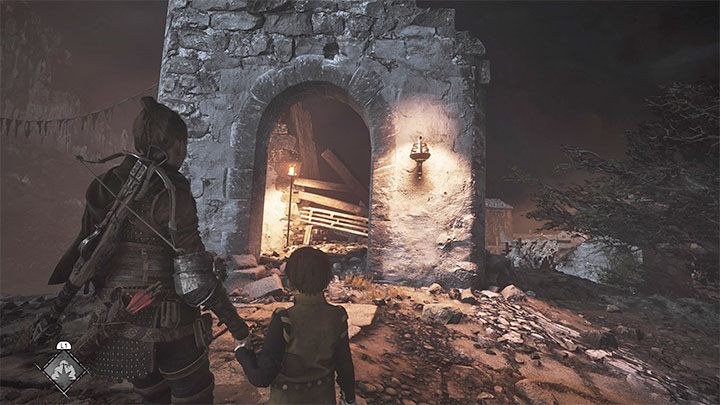 Your destination is the ruined building shown in the picture. You can pick up the boards there and squeeze under them to leave the area with enemies. 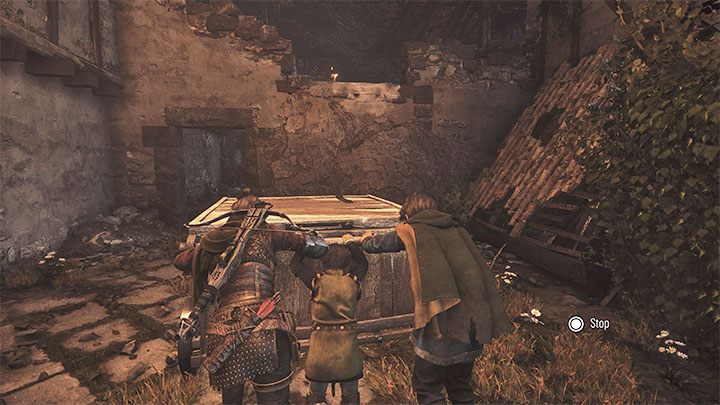 Continue exploring the ruined buildings. Along the way, you will find, e.g. a workbench.

You will reach a place where you can push a cart with wheels. You can move it to two different places. First, choose the shelf to the side from the image above. 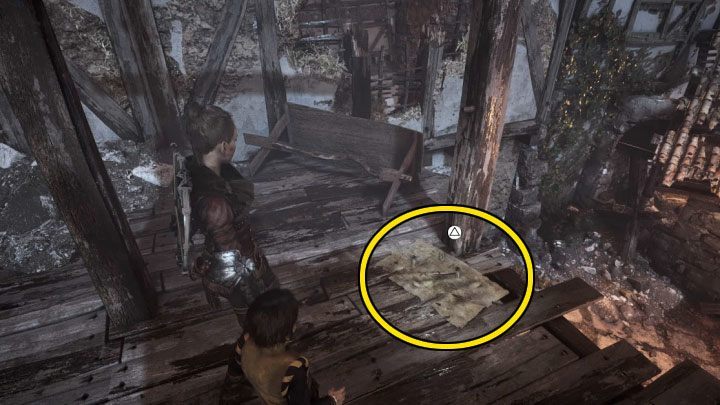 There are 2 secrets at the top. These are: 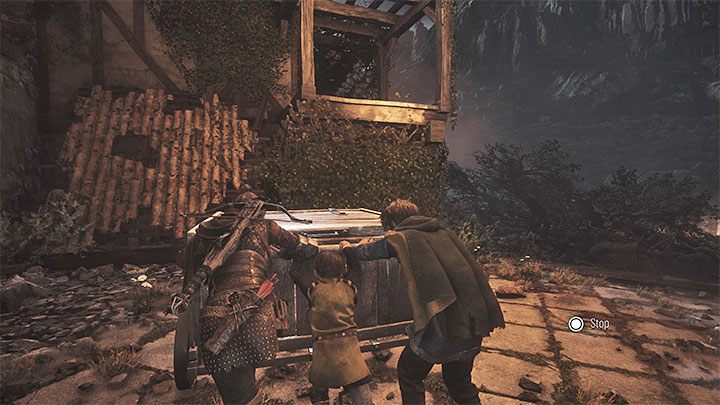 Jump down and this time move the cart towards the right shelf (see the picture). You will be able to continue the story.

You will approach the port, which is the place where Arnaud is being held. 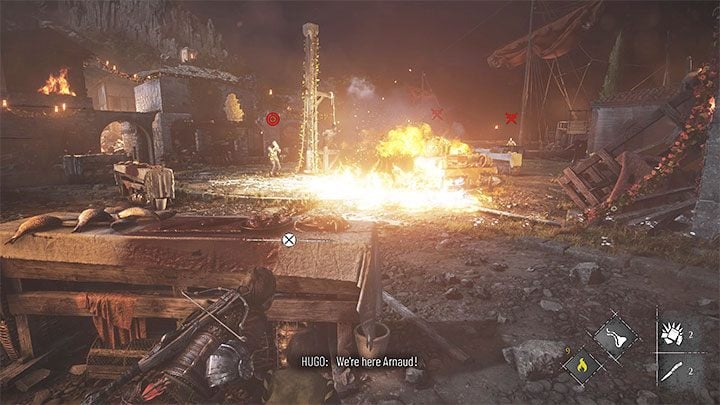 You do not have to rush with rescuing Arnaud. You will deal with freeing him at the very end. First, you must defeat all enemies from the port. It will be a long and obligatory battle.

Start by hitting the jar, which will set the opponents standing next to it on fire. 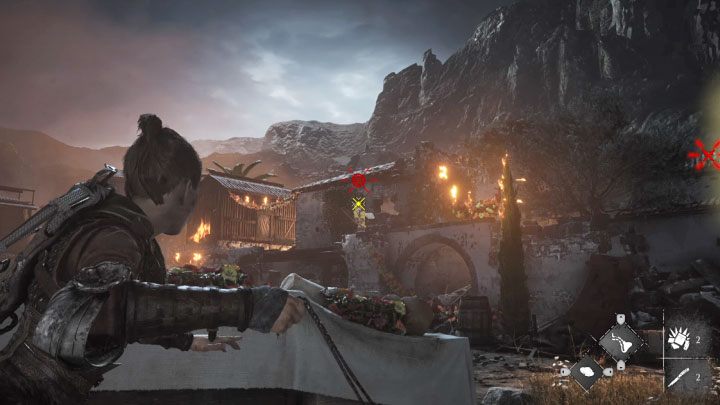 Once the actual fighting begins: 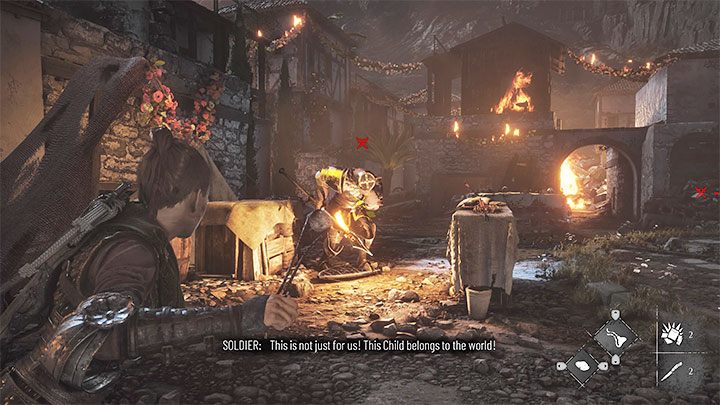 You will also face enemies wearing heavy armor - they may have weaknesses on the front or back of the armor. You can stop them by destroying jars or throwing Ignifer at them. This will allow you to locate the weak point more easily. 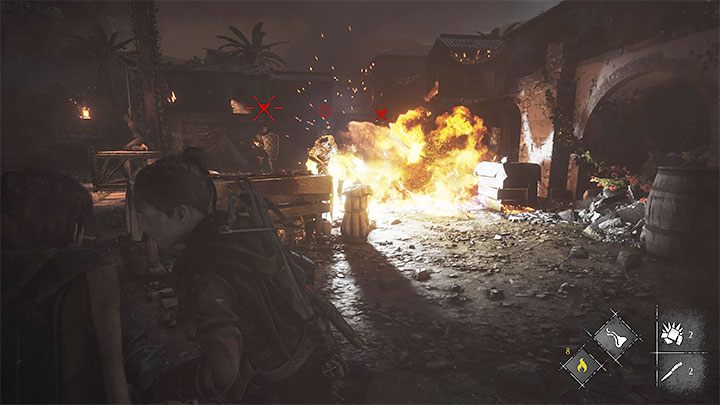 After a moment, the second part of the battle will begin. Attack and eliminate new opponents equipped with heavy armor one at a time while keeping a safe distance from them.

If necessary, collect loot from the area - you can find, among other things, bolts and crafting ingredients to make tar or Ignifer. 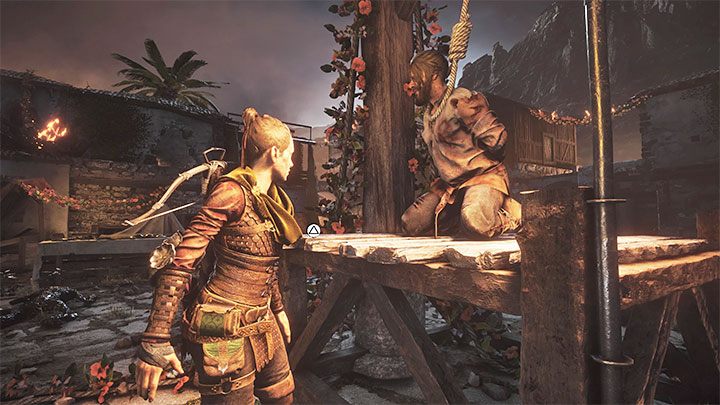 Approach Arnaud only after winning the battle.

New enemies will appear, but you don't have to fight them, because Hugo will summon rats. The heroes will leave the island in Sophia's boat - this is the end of chapter 13.