Your first objective in Chapter 12 (The Life We Deserve) in Plague Tale: Requiem will be to run away from the count. In our guide, we show how to successfully complete 2 escape scenes and how to solve the grate puzzle in order to unlock the way out of the cellar. 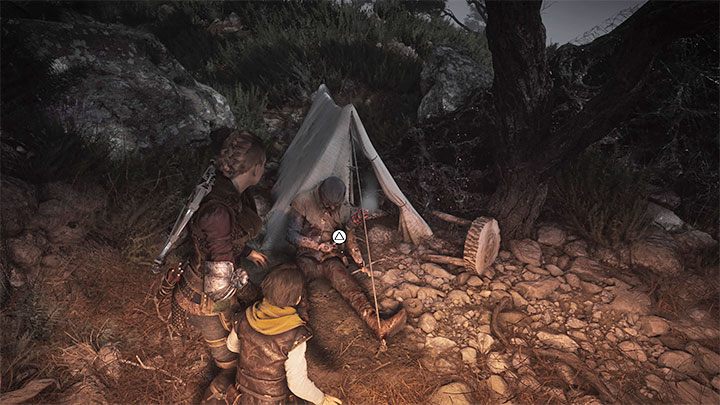 After emerging from the well, you'll find yourself again on the surface, but this time there is only one possible path. Reach the encampment and take the torch that one of the dead men is holding. Light it and proceed towards the port. Along the way, you'll encounter a soldier who will inform the heroes of guests arriving. 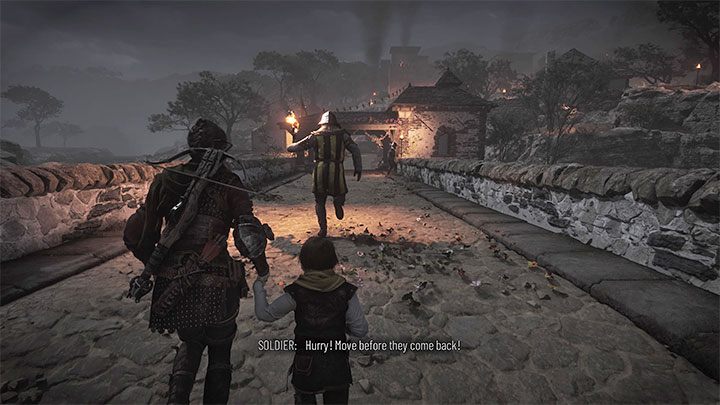 The path leads back to count's estate. Follow the soldier. There aren't any interactions to complete during the journey.

After the cutscene depicting the meeting will conclude, follow the soldier, this time to meet up with the Count. Follow the Count. His bad intentions become aparent, and you'll find yourself in a new location.

Run away from the Count 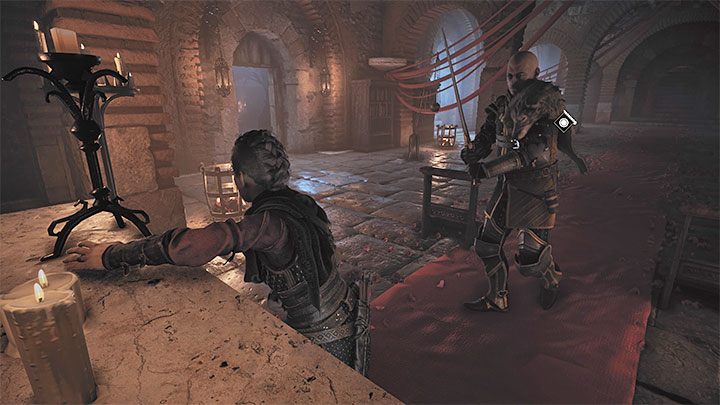 Amicia cannot win against the Count. You need to slowly back away (tilt the left analog stick down).

As Amicia is beginning to stand up, be ready for a QTE section that sees you avoid the Count's attack, and this is followed by an escape scene. 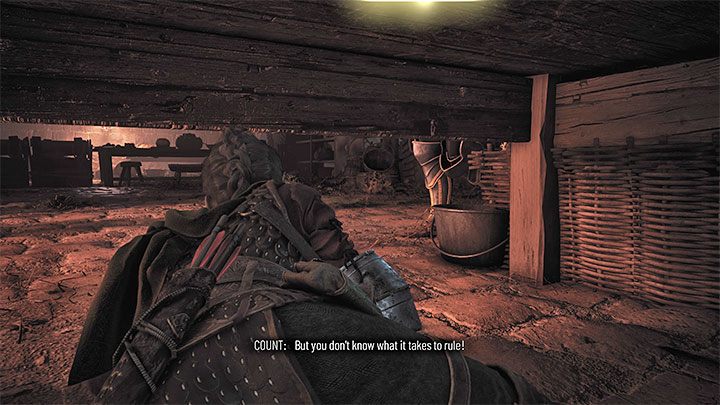 You've landed in the cellar, and Count is still at large. You must act quickly - jump over the barrels on the left and hide under the table. This action will be successful only if the Count is away, otherwise he will see you. 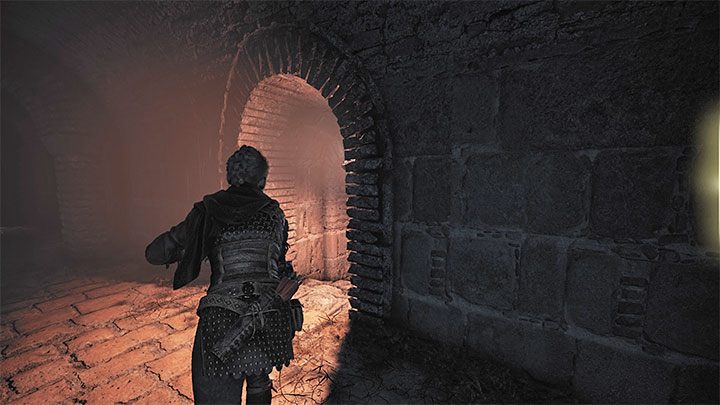 After the Count passes you by, get out from under the table and start running. There is only one possible path and you can't stop during your escape.

Go around the tables and reach the kitchen exit. After the figure in the doorway appears in front of you, turn left. At the crossroads shown in the screenshot, choose the right corridor (it is lit). 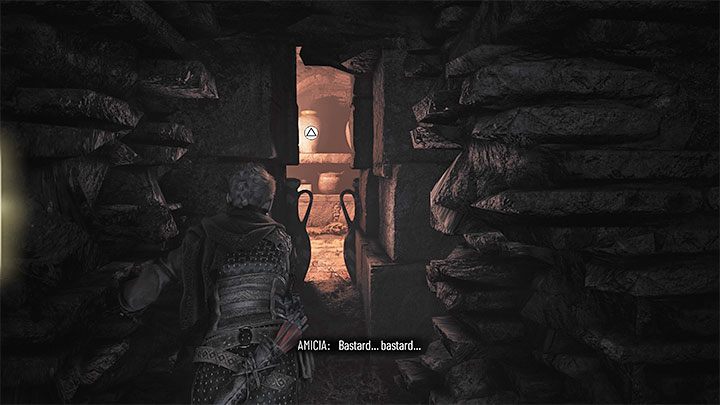 Reach the gap in the wall. Amicia will only successfully get past it only if the Count is far away, which is only possible if you didn't stop or took the wrong path while fleeing. 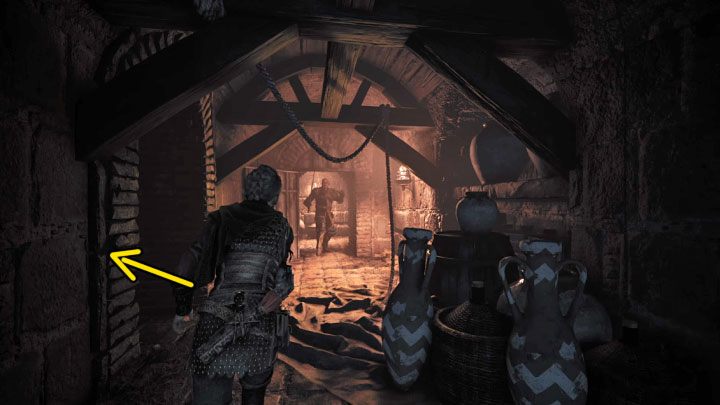 Take the first left. The count will suddenly break down the door in front of you - you must quickly run left. Continue your escape and in the next part of the cellar run zig-zag to avoid the obstacles.

Along the way, there are gaps that you can squeeze through to get some distance from the pursuer. You'll reach a room where Amicia barricades the door, but this, unfortunately, is not the end of the pursuit.

Find a way out of the cellar 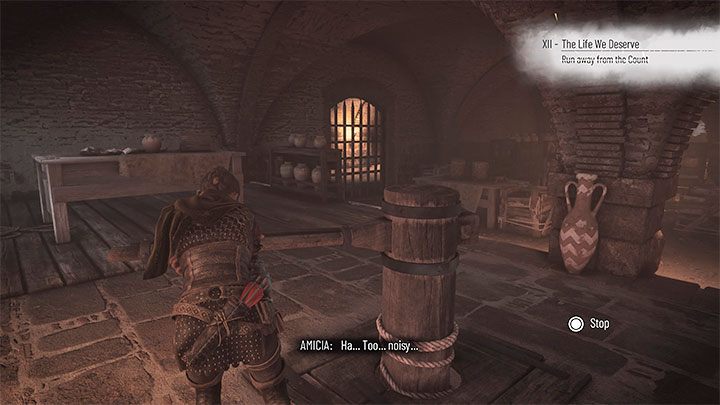 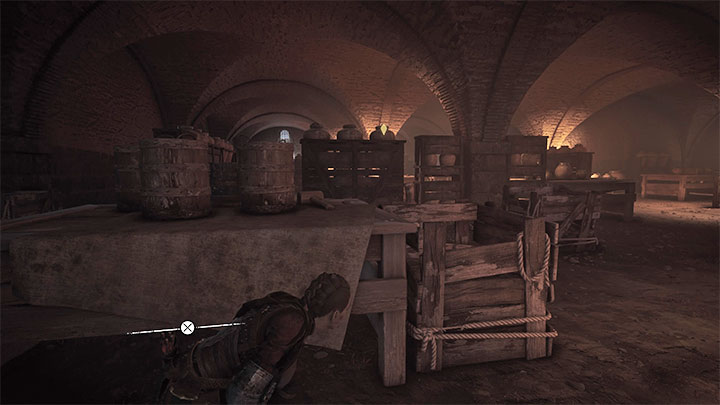 Your task is to avoid the Count for longer periods of time. Once evaded, the Count starts to search the area. You can hide behind shelves, crawl underneath tables or get through openings. 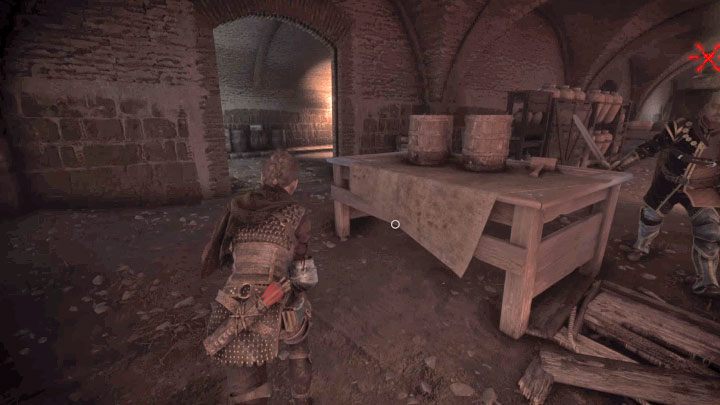 Once the Count is evaded for a time, keep an eye on him and try to interact back with the rotating mechanism. Interact with it.

It will probably take you 3 tries to fully unlock the gate. Once successful, a side passage will open - use it. Turn right and reach the door on the left. You've managed to, once again, evade the pursuers.

Run away from the Count - continued 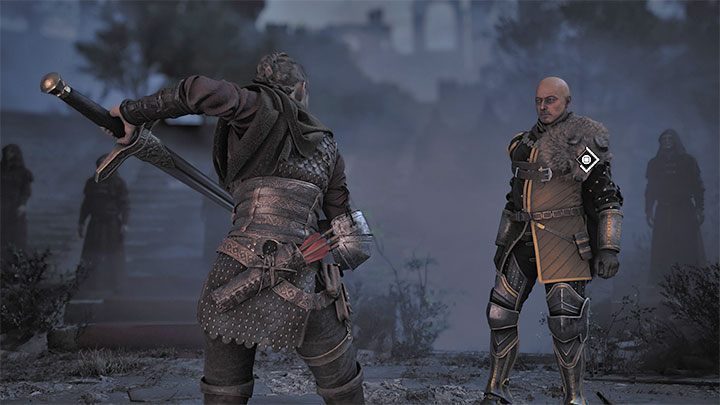 As you emerge to the surface, new QTE scenes await you, and you need to press the right buttons at the right time. Amicia will eventually lose against the Count, but this is a story event.