During Chapter 6 (Leaving All Behind) of Plague Tale: Requiem you'll face the Beast in a boss fight. Our walkthrough explains how to make your way through the dye works and escape a new rat swarm. 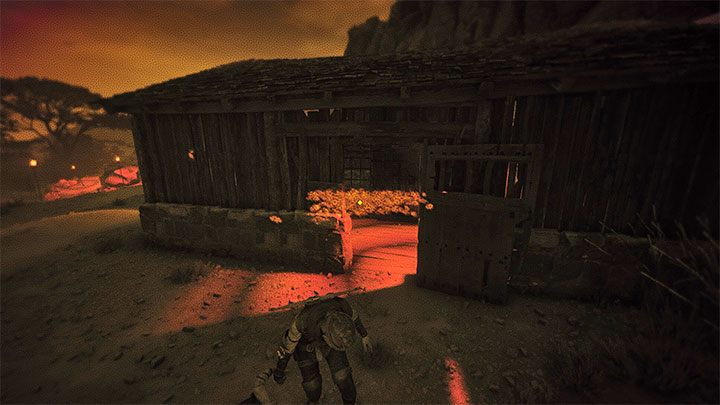 After leaving the building you'll end up in the dye works - this is a large, open area where you can choose your own path and methods to eliminate or avoid bandits.

You can use already known techniques - scan the area, hide in tall grass, use your slingshot and crossbow or set foes aflame with tar and Ignifiers. In one of the huts to the right Hugo can link with a rat swarm. This will let you safely dispose of enemies not using torches. 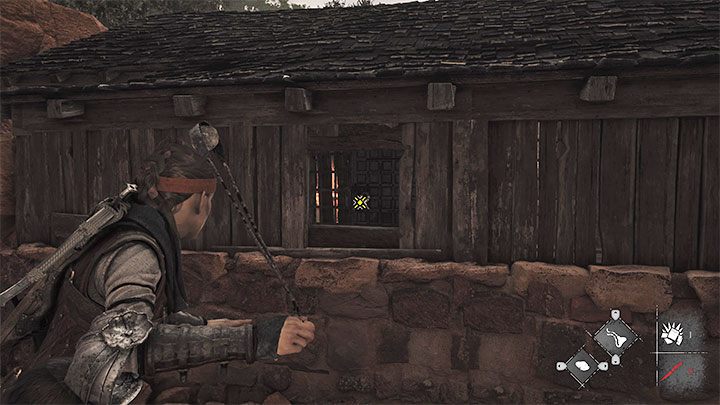 Stay near the hut and get behind it. Destroy the blockade pictured above with your slingshot. This unlocks the gate - once you're back in the hut you can open a secret chest. 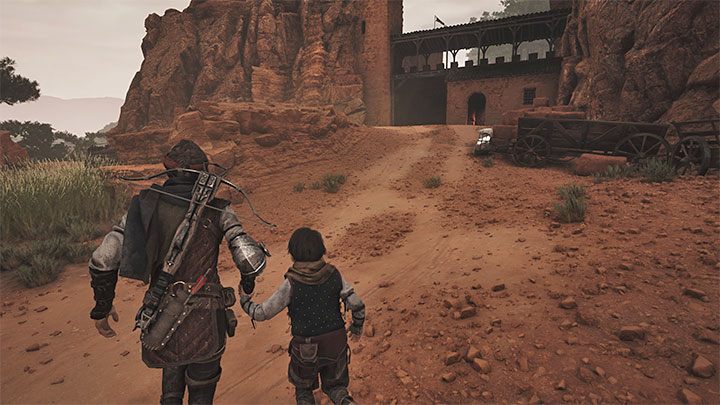 The exit is at the opposite end of the area. Getting close to the exit will spawn new enemies - be ready for them or back off and wait for them to disperse.

Deal with the Beast 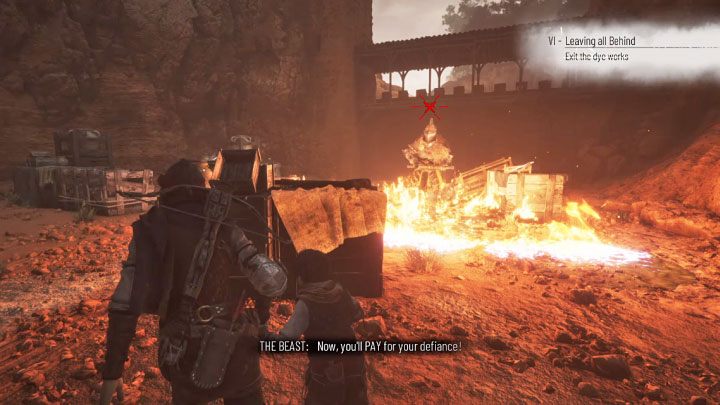 You'll trigger a miniboss fight against the Beast.

Remember to keep a distance from the enemy and stay away from the fire.

There are vessels and crafting ingredients scattered around the area - grab them if you're low on supplies, but always make sure the Beast is far away first. 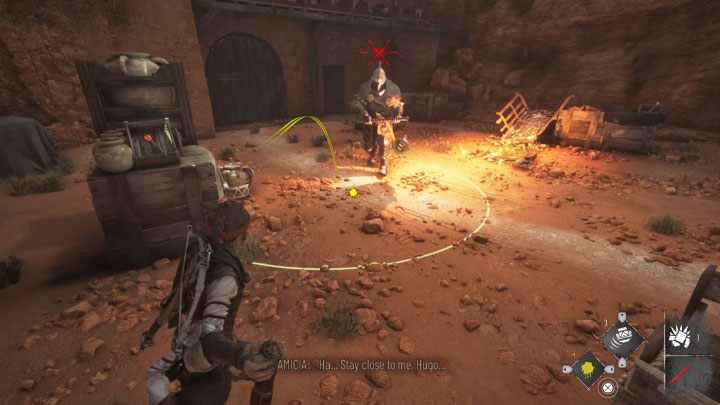 Equip a Tar Pot or craft one if you don't have any. Throw it at the Beast. 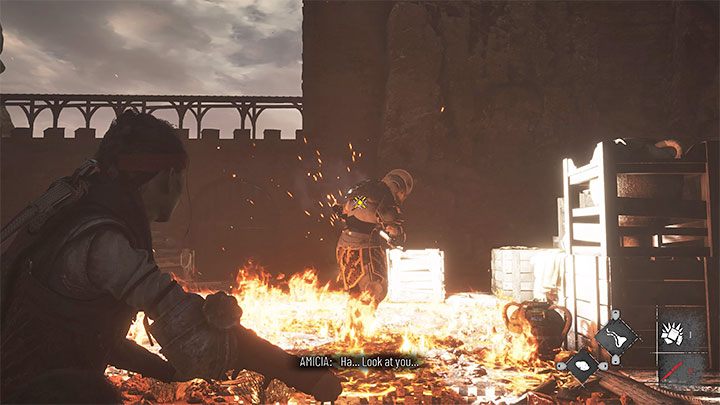 This will temporarily immobilize him. Quickly get behind him - you must shoot the weak spot on his back with your slingshot, as pictured above. This should be enough to end the battle. 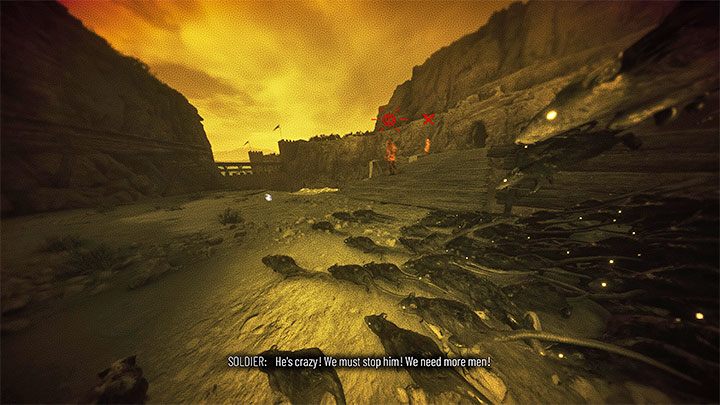 Once you're done, Amicia will lose strength again. You must control the rat swarms and attack the nearby enemies - follow the red markers.

Escape from the rats 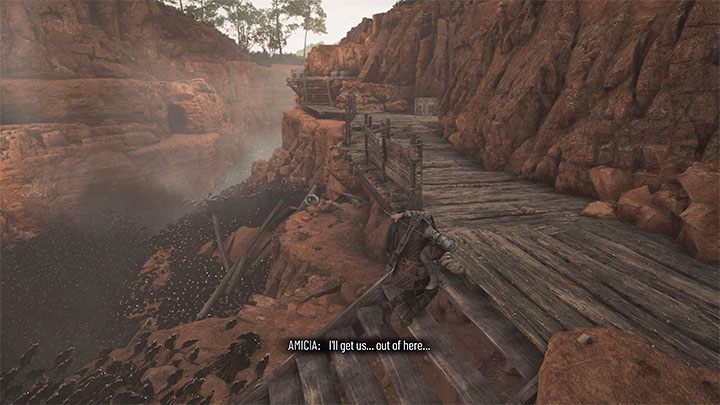 A huge wave of rats will appear you must now run away from. Just like during the previous escape from the city, keep sprinting and follow the linear path leading through balconies. Reach a higher platform and press the Interact button (Triangle/Y) to toss Hugo upwards. This triggers a few cutscenes and completes Chapter 6.