The following walkthrough focuses on the beginning of Chapter 3 - A Burden of Blood of A Plague Tale: Requiem. You will learn how to get into the butchers' district, how to unlock the Exstinguis gadget and use it, how to avoid guards and how to escape through the city gate. 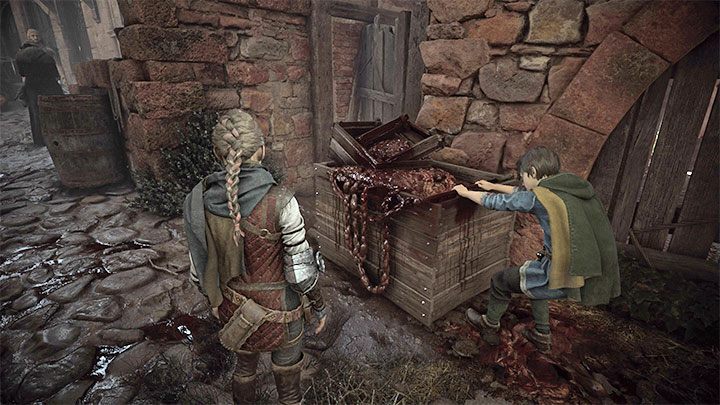 In Chapter 3 you have to reach another new part of the city with Lucas. Follow the linear path to the gate leading to the next district.

You will be given the task of leaving the city. Reach the place where the guards do not et the residents pass. Lucas will find an alternative path - wait for him to move the crate and squeeze through the narrow passage. 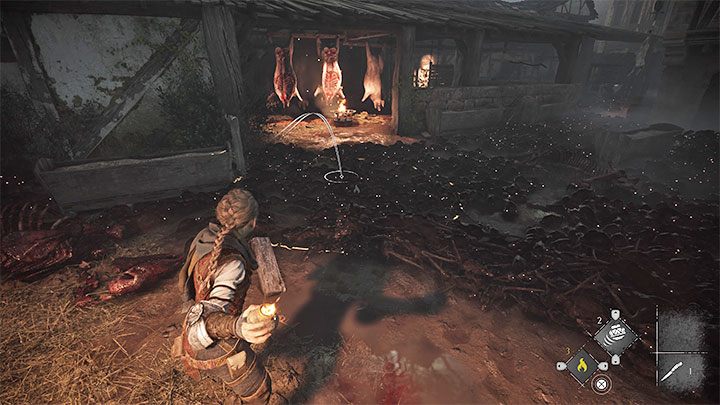 Jump down to the dump used by the butcher and move on. Remember to explore the area for loot lying in plain sight and stored in crates.

Interact with the cart. Rats will appear and prevent you from moving on. Start by using Ignifer to light the baskets. Throw the vessel (above image) to create an explosion and be able to run to the light source in the distance. 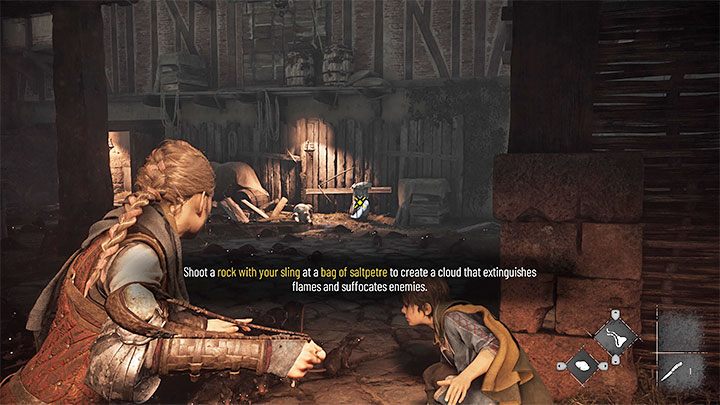 In the next area, you must first drop the meat by hitting it with the slingshot, and then use the slingshot on a bag of saltpeter. This will extinguish the light source - the rats will run to the dropped meat. 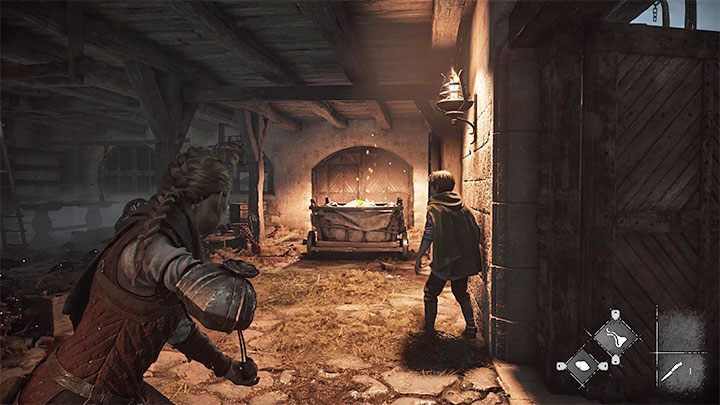 Push the saltpeter cart through to enter a new room. Once again, you have to drop the hanging meat here.

Bring the cart to the end and hit it with the slingshot (above image). Turn off the light source - the rats will reach the two dropped pieces of meat. You will be able to reach the ladder. 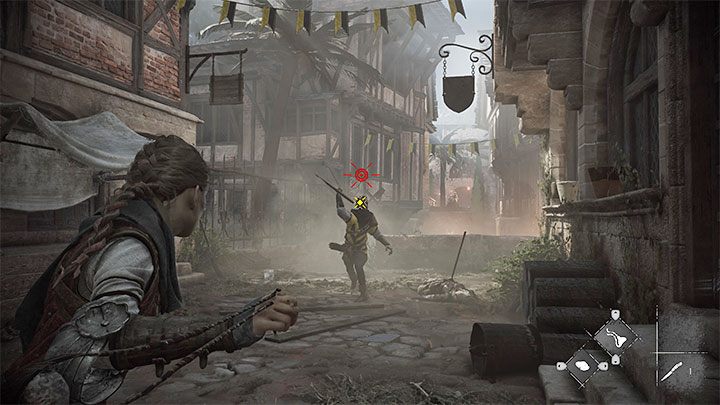 Exit the building. You must face a guard who throws spears. Quickly take aim with your slingshot and fire a charged shot before your opponent throws a second spear. 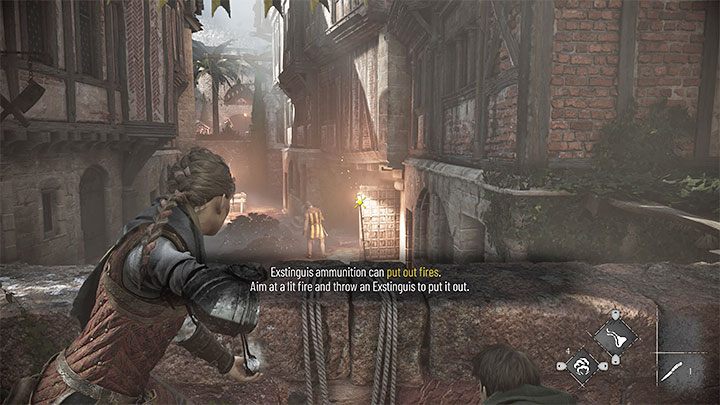 Get closer to the wall. At the bottom you will see a guard. Lucas will tell you about the Exstinguis gadget - it is used to extinguish light sources.

Open the weapons menu and create the first few rounds of Exstinguis for the slingshot. Aim the slingshot at the torch. As a result of putting it out, the guard will lose his protection and be devoured by rats. 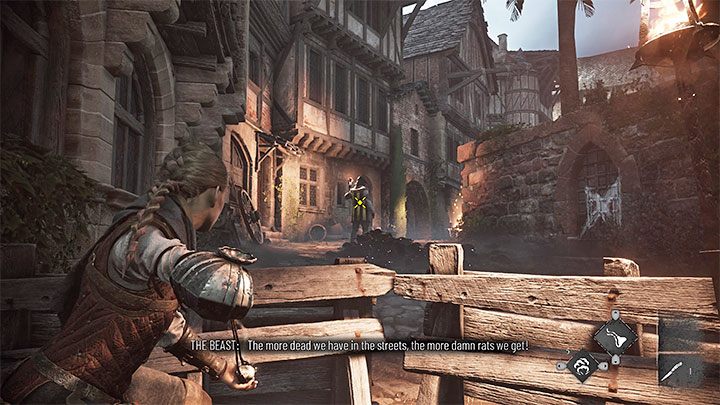 Move on to the next area. You can continue using Exstinguis and also target the torches that the guards are carrying around. Remember, however, that rats can attack them only if there are no additional light sources in the area (you can sabotage them, too). 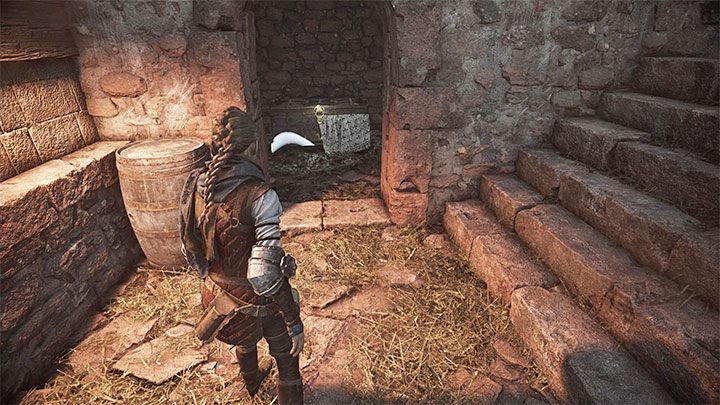 Move further and you will notice the city gate in the distance. Start by using Ignifer to light up the surrounding baskets and chase away the rats.

There is a secret chest next to the stairs, in which you can find, e.g. a Tool for upgrading Amicia's equipment (more about that in a moment). 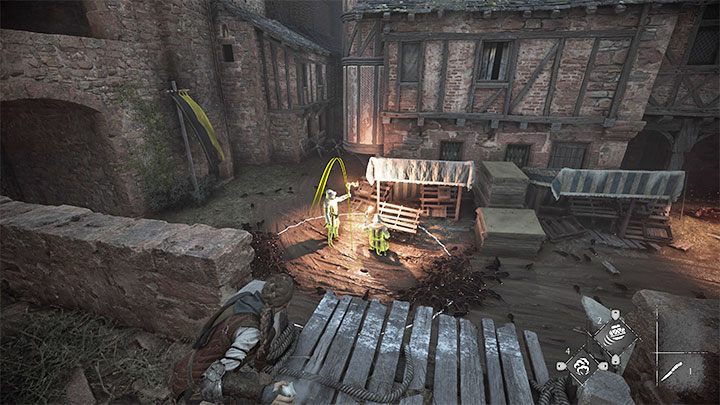 Go to the upper walls and listen to another hint from Lucas. You can combine the vessel with Exstinguis and then target a group of guards. After hitting the ground, the vessel will extinguish the torches of all enemies who were within its range. 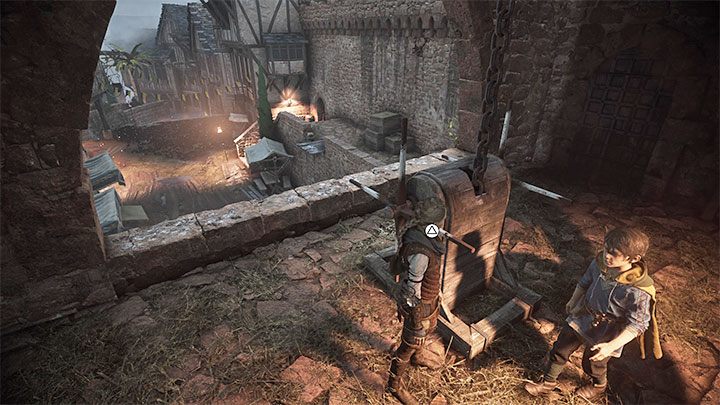 Reach the twisting staircase leading to the gate lifting mechanism. 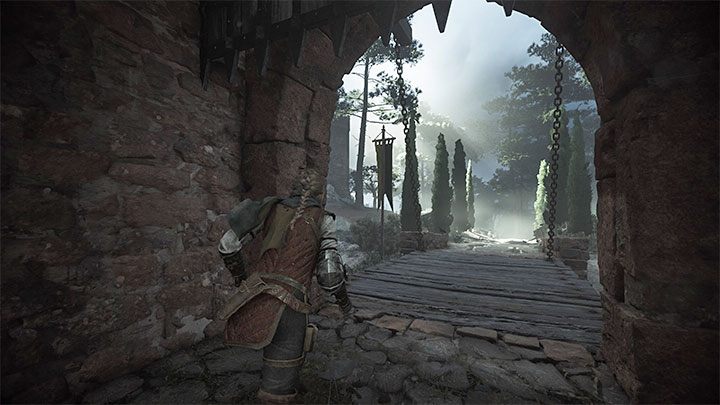 You have to lift the gate as high as possible, let go of the crank and sprint to the bottom. You have to get there before the gate drops.