Coronation is the last chapter of A Plague Tale: Innocence. During it, you will face Vitalis, the Grand Inquisitor.

You start the chapter by going with all the allies. Soon, you will get separated. Order Rodric to eliminate the guard. Go further by following the only available path. You encounter more enemies. Use Exstinguis to put out the nearby lanterns and use the rates to eliminate the threat. 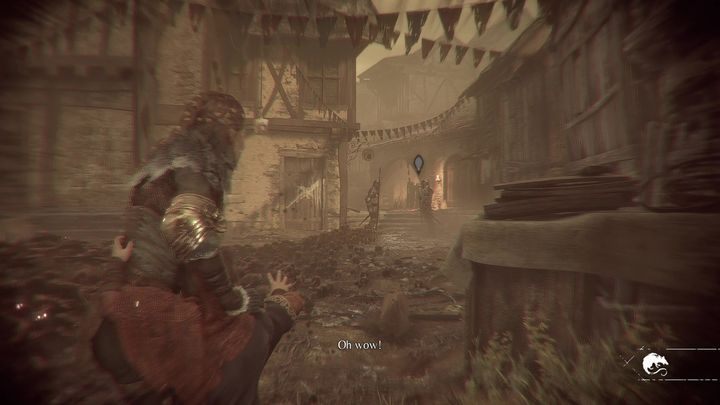 Moving on, you will encounter a large group of enemies. Turn left into the nearest alley. There, you will find and enemy standing back. Tell Rodric to eliminate him. You have to care of the Archer. You also have extinguish the torch. When the other two opponents appear, you will be able to break the light and send rats after them. 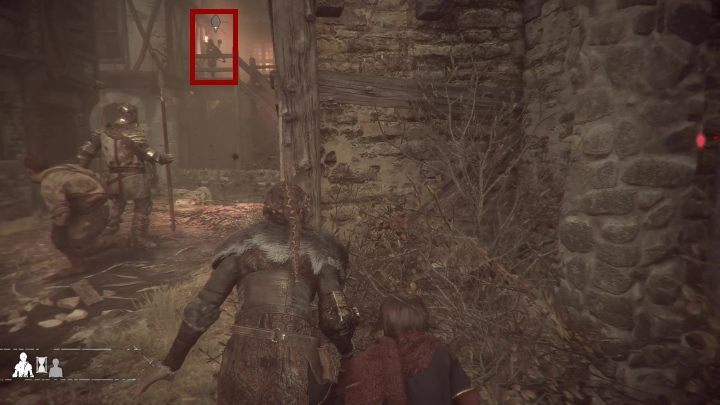 Follow the path - you will encounter an enemy wearing heavy armor. Put out the second torch or shoot down the cage with rats located nearby. Then, use Exstinguis to put out the flames on the weapon of your enemy. Thanks to this, you will be able to eliminate him with the help of rats. 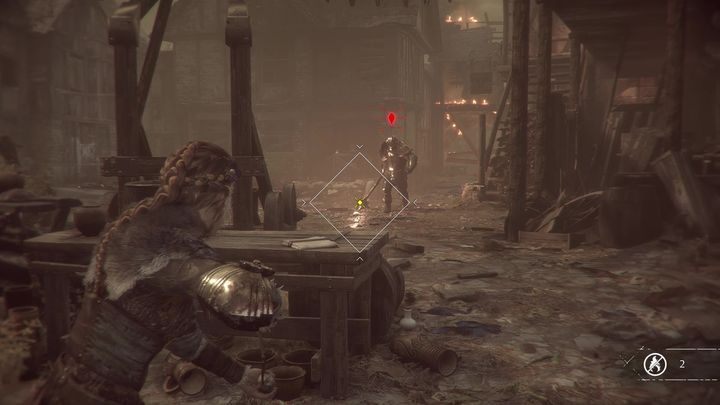 After that, you will reach the gate. Tell Rodric to take care of the opponent in the helmet. You kill the one without it. Go through the gate - you reach another protected area. Use the slingshot to kill the guard without a helmet. Then, put out the lantern. Use the rats to kill the other two soldiers. Finally, shoot the archer. 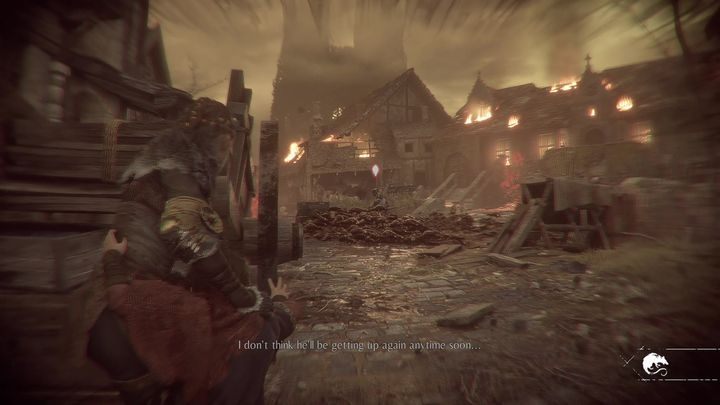 After the battle, extinguish everything that is within your field of vision. Enemies will attack you while you are trying to open the door. Those who do not have helmets, remove the usual stone. Use the rats to destroy the others. Remember that one of the enemies is wearing heavy armor. Use Exstinguis to put out the flames on his weapon. 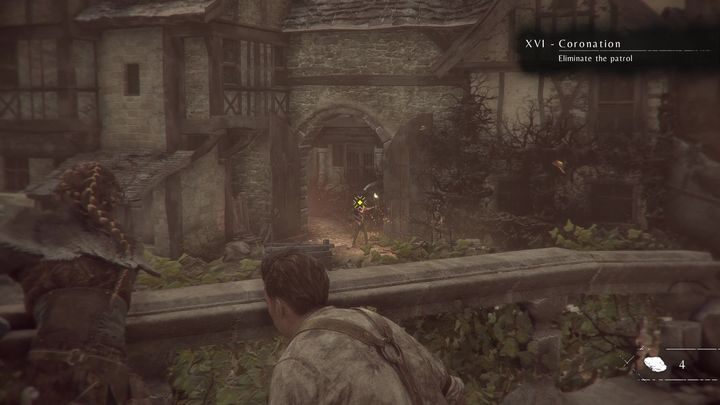 After the battle, you can go through the burning building. At this point, your role is limited to putting out small fires standing in your way.

The building will lead you to a small courtyard. Tell Rodric to take care of the opponent standing here. Moving on, you will encounter three enemies. None of them has a helmet, so you can eliminate them without any problems. 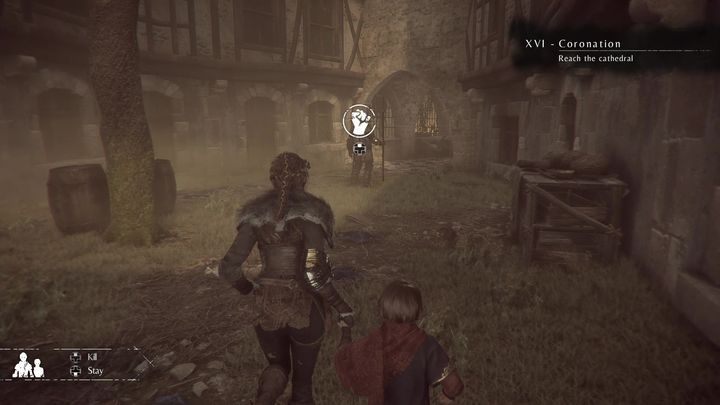 After this sequence, interact with the cart. Your task is to hide behind it and eliminate the upcoming enemies. The first three are incoming ahead. The others will try to get you from behind. You also have to watch out to stay hidden behind the cart. That way, the archers won't hit you. 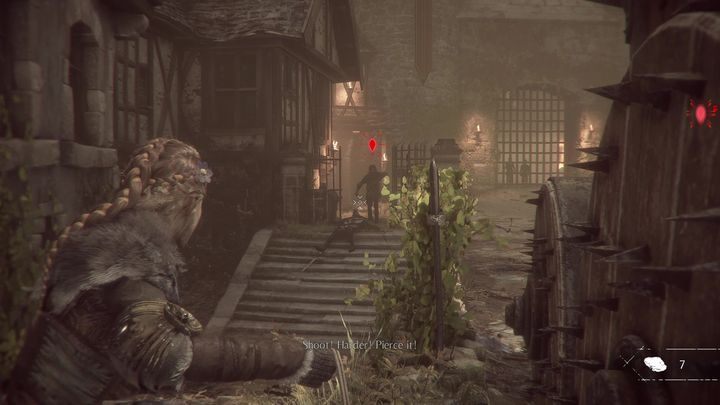 After passing through the gate, you will reach the cathedral. Keep moving straight until you encounter the enemy with a shield. Destroy his torch and use the rats to kill him. 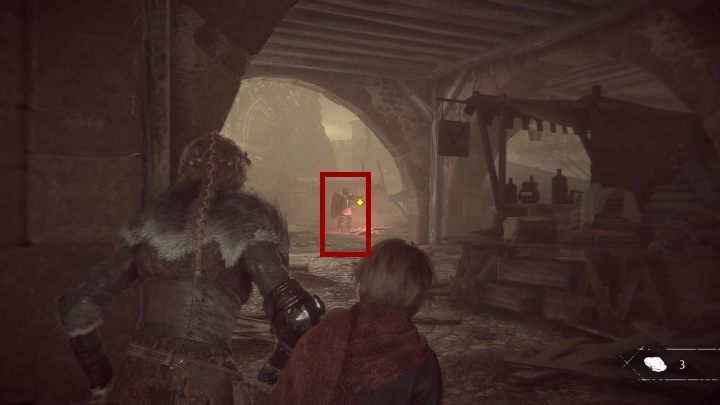 After that, you will encounter a large group of opponents. Start eliminating them from the right side. Put out the lantern of the enemy patrolling the area. This will alert the others, so change your hideout. When the soldiers stop chasing you and start spreading out, put out the light source of any of them - repeat the process described above if they start chasing you again. 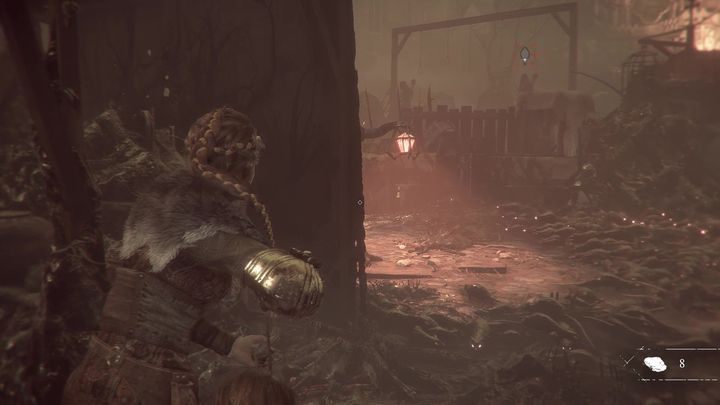 Keep the archers for last. The easiest way would be to you eliminate them with stones. 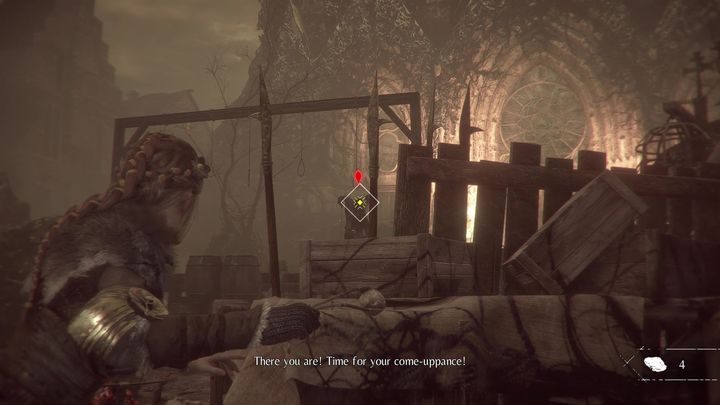 Use the place where the archers stood to enter the cathedral's courtyard. There, you will start the final battle. Eliminate the enemies that appeared near the stairs. You can kill most of them with rats. Only archers will come closer to the light. Kill them with the slingshot. 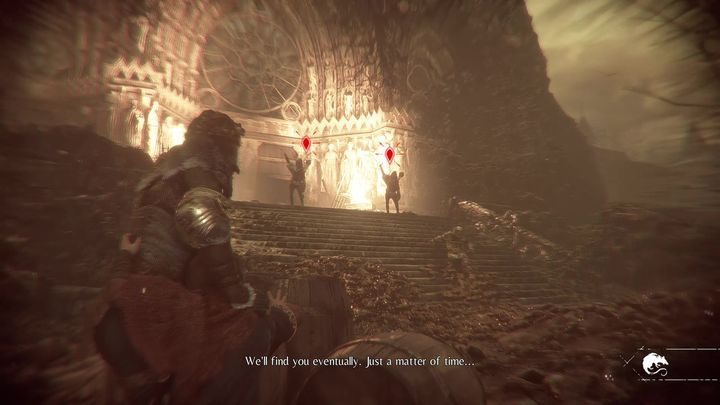 In the second phase, you will face two enemies in heavy armor. Wait until they get between the rats and then put out the flames on their weapons. 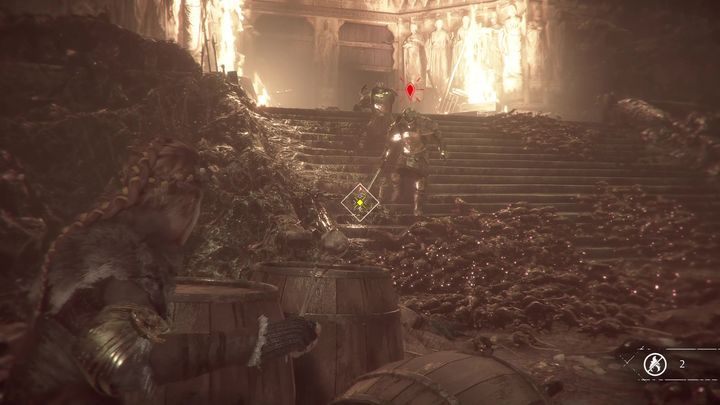 Thanks to this, you will be able to enter the cathedral. The Grand Inquisitor is waiting. This fight is described in a separate chapter.