The rats are coming. The following Guide to A Plague Tale: Innocence is a comprehensive source of information that'll allow everyone to complete the game. Here, you will find questions related to the description of the passage of each chapter of the story, and answers to questions that may arise during the game.

The first part of the tutorial is a description of the basic gameplay mechanics such as combat or evading a swarm of rats. You will learn how to use the elements of the environment in order to complete subsequent levels. The second part of the Guide is the walkthrough of the game. Due to the linear nature of the production, we've described the most important fragments of the levels, such as stealth stages, puzzles, or complex battles. The third section is the FAQ. There, you will find answers to questions that may arise during the game. The next element of the Guide is a collection of all the secrets that you will find at every stage of the game. The Guide is complete with an appendix, which contains information related to controls and system requirements. In addition, there is also a chapter on achievements.

A Plague Tale: Innocence In a Nutshell

A Plague Tale: Innocence is an adventure action game with a TPP view, containing elements of stealth. The game was developed by Asobo Studio.

The action throughout the entire game takes place in 1349, in France. This was a period when the territory of this country was ravaged by the Plague - an epidemic spread by rats that killed approx. 30% of the population of the entire 14th-century Europe. Two of the protagonists, Amicia and Hugo, happen to have been born in these dire times. They will have to survive while escaping the plague, hungry rats, and evading the Inquisition that's pursuing them.

In the game, you only control Amicia. Hugo will be controlled by artificial intelligence, which can execute your commands. In the game, much attention was paid to the element of stealth. Amicia has no weapons other than slingshots, which are inefficient when dealing with armored opponents. Therefore, clandestine actions are often the only viable option. In addition, lighting also plays an important role. This is the only salvation from the swarms of hungry rats that will eat everything in their way. 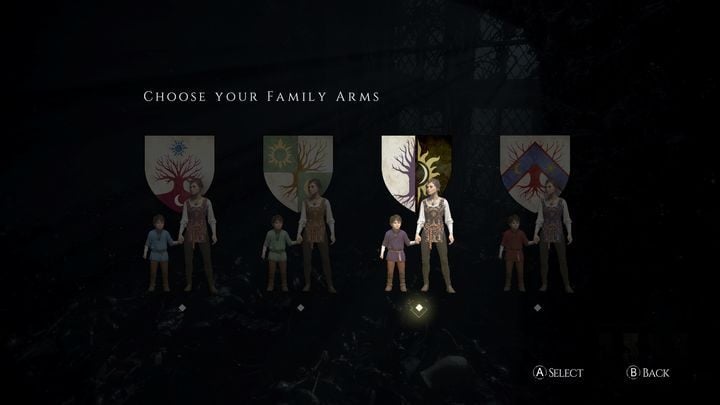 The coat of arms of the De Rune family is the default setting that appears in A Plague Tale: Innocence. If you've pre-ordered the game, three additional Emblems will be available as part of a free DLC - you will be able to choose them when you start a new adventure.

The game has 17 chapters - completing them should take you around 12-15 hours.

Does the game have multiple endings?

No. The game is linear and your playstyle doesn't matter. You always get the same ending.

This section of the guide to A Plague Tale: Innocence provides an overview of the basic mechanics of the game. Thanks to it, you will learn how to use the elements of the environment to pass the subsequent chapters.

The game is divided into a number of chapters. They all happen in a certain order and create a complete story. This section of the guide contains information that will help you pass the critical moments of each level.

Each of the levels contains many different secrets and collectibles. They are usually found in places that are often inconspicuous and easily overlooked. If you want to find all the secrets, the next section will let you find their exact locations.

Although the game is linear, not everything is obvious at first glance. This means that you can have some doubts and problems during certain sections of the game. Here, you will find answers to the most vital questions.

A Plague Tale: Innocence is a game that requires a moderately powerful computer to work at minimal settings. Below, you will find information about the system requirements that must be met for the production to run on your hardware.

About A Plague Tale Guide

More About A Plague Tale: Innocence

The dozens of great games in your Xbox Game Pass subscription represent hundreds - even thousands - of hours you'll spend in large open worlds or smaller, story-driven RPGs. Here are the best games on Xbox Game Pass.