On this page of our guide to XCOM Chimera Squad we have prepared some recommendations regarding the best team builds and best squad compositions. Instead of traditional build for a single hero, we have prepared proposals for several characters who have great skills and work well together.

If you're looking for a more detailed description of playable characters and their skills, then check the Chimera Squad section. 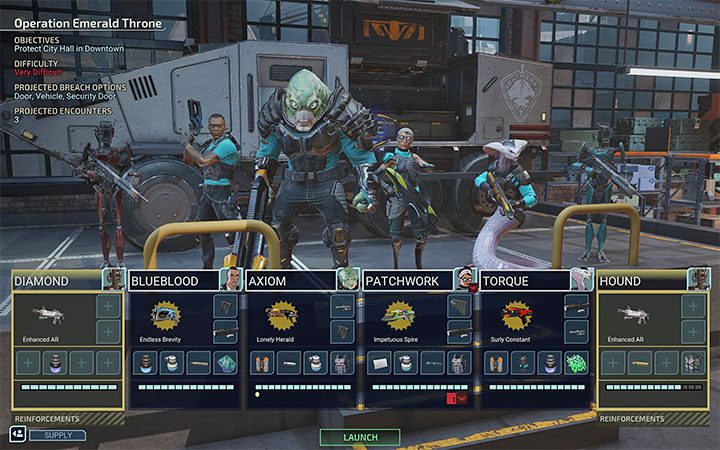 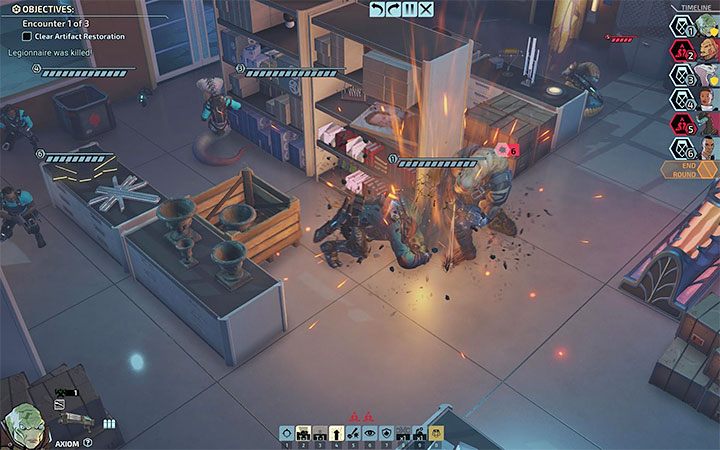 Axiom is a great character to carry out aggressive actions. Instead of hiding behind covers, he may run towards his opponents and fight them in direct battles. This way, you can attack individual opponents or their groups. In the latter case a powerful Quake attack is very useful. Axiom is also more resistant than all other agents, and you don't have to be afraid of his sudden death if you're in the sight of an enemy. You can also purchase a regenerative ability that can treat his wounds to a limited extent.

When playing as Axiom, it is worth trying to increase his level of fury. After Axiom falls into a battle frenzy he can make (without your participation) one additional move and attack. The counterattack ability is also very useful, granting him the opportunity to respond to opponent's attacks in melee combat. 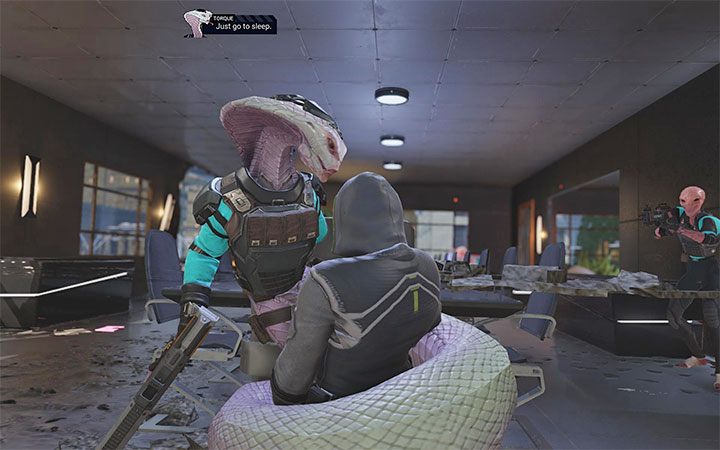 Torque is an excellent character to hinder difficult opponents from making their moves. A great combination of Tongue Pull and Bind skills makes it possible. By using the Tongue Pull ability, you can attract your opponent (by the way, attraction also works on allies) and then use the Bind ability to trap him and start strangling the enemy. This solution has several major advantages - both actions can be performed in the same round, the entangled opponent will lose a round and is unable to free himself. You can also buy the ability of Reinforced Scales that won't allow other enemies help a strangled ally.

Torque also works well as a character that can poison opponents with her venom, so that in addition to on-impact injuries, they can lose several health points per turn. Take an interest in the skills of Poison Spit ("contamination" of a larger area) and Vicious Bite (strong bite of a single opponent). 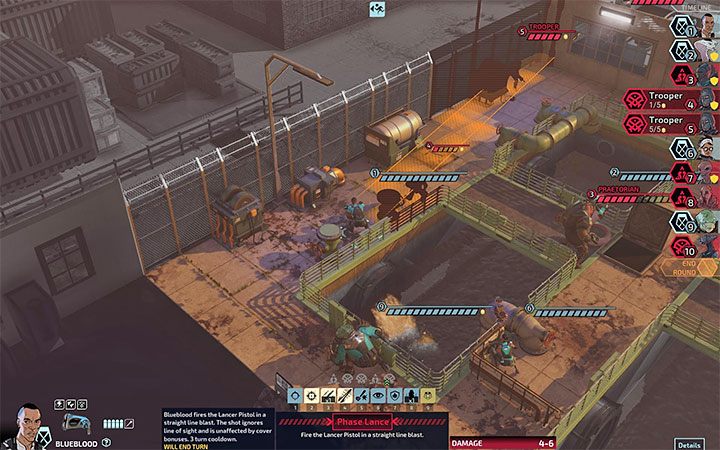 Blueblood is an expert of firearms in the team and also can be considered as a part-time sniper. The most useful skill of this character is the Phase Lance - you can plan to fire a single strong bullet in a straight line, which is capable of doing a lot of damage to enemies in the line of fire and which simultaneously ignores all obstacles along the way. All you have to do is make sure that each shot is well aimed, that is, it reaches as many enemies as possible and avoids hitting an ally or a civilian.

Blueblood can shoot two shots in a single round, and these can be simple attacks or more powerful ones. The latter have some risk of missing the target, but they cause much more damage. Faceoff is the ultimate ability of Blueblood. The hero can fire at all enemies in his field of view.

The choice of a fourth hero depends on the specifics of the mission, the type of opponents appearing in it and its difficulty level. 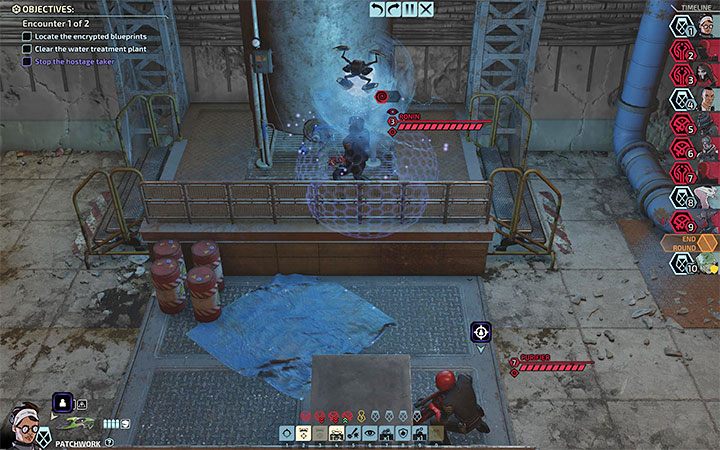 Patchwork is great for missions where enemy machines appear. She primarily has the ability to hack robots, such as androids, mechs, turrets, and andromedons. A hacked robot will not only temporarily stop attacking the team, you can also take control of it. Another great skill of this heroine is Stasis Field. Stasis Field can stop an exceptionally difficult opponent for a short period of time or protect a severely wounded ally that cannot be healed at a particular moment. 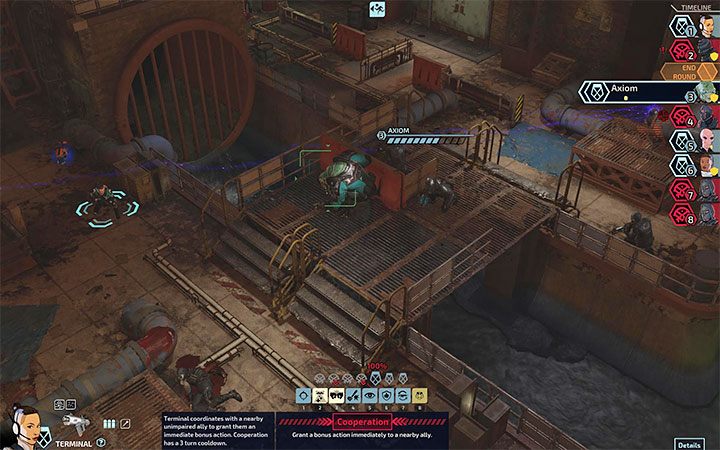 Terminal is a good candidate for difficult missions due to her team healing abilities. Initially, you'll only have the Safeguard skill, which only heals 1 hero. However, once Terminal is promoted to the highest level, you'll also unlock the Second Wind, which cures the whole team. Another great skill of Terminal is the Cooperation action. It allows another character to perform an additional move. Promoting an ally on the timeline can often save you, especially if it has an ability that is very useful in a specific moment of the battle.