This page of our guide to XCOM Chimera Squad comprehensively describes the topic of stunning your enemies and making them unconscious. We explain the benefits of avoiding killing enemies, and which methods of stunning enemies are best used. 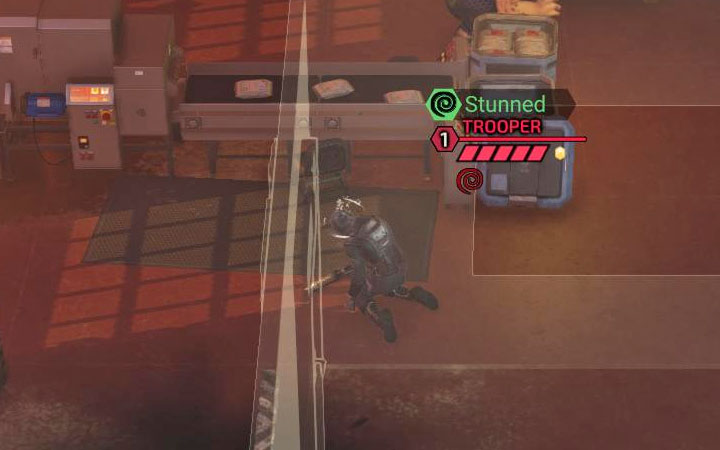 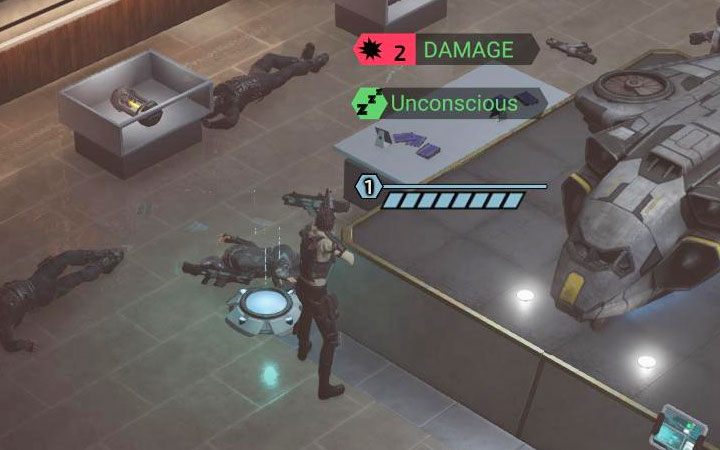 However, if you render an enemy unconscious, then you can capture him alive after he has lost all his health points. This can be achieved by using certain attacks and skills that won't kill the enemy (that doesn't have any health points left). The character that was captured alive cannot return to combat anymore.

What are the advantages of not killing enemies? 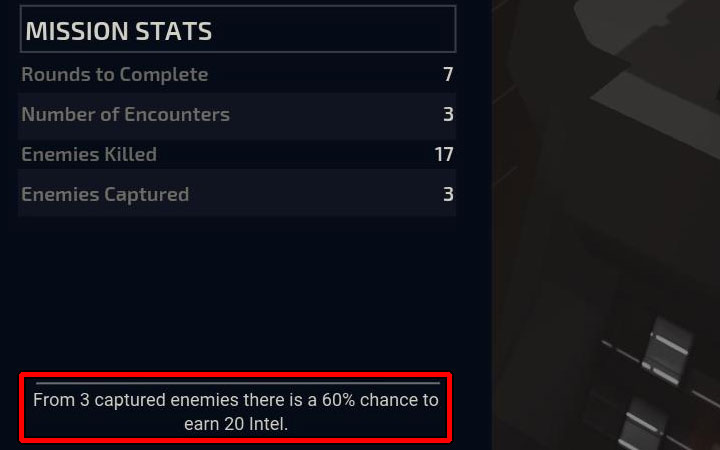 Once again, a distinction must be made here. If you have stunned an opponent, then the particular enemy will be removed from the battle for a specific period of time. You can use this advantage in many ways - attack other enemies during this time, focus on achieving mission goals, or simply attack a stunned character that is temporarily vulnerable.

If you've rendered your opponent unconscious, then there's a chance to receive a reward - 20 intel points (one of the resources in the game). The reward will be granted during the mission summary screen. Your chances of acquiring it depend on how many enemies you have managed to capture alive during the entire mission:

Stunning enemies and temporarily removing them out of combat - best methods 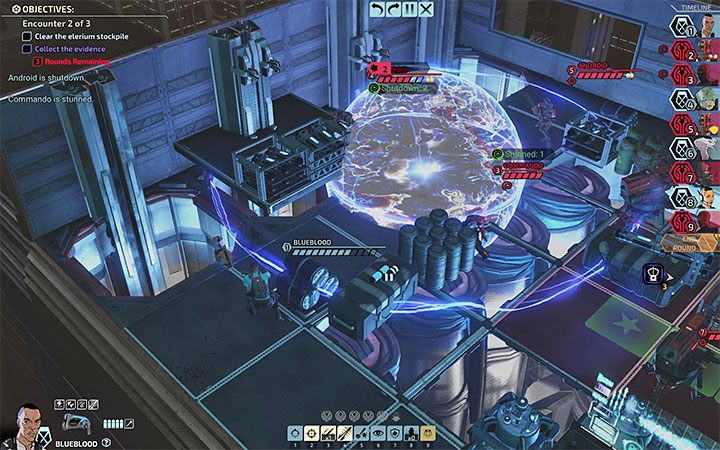 One of the best ways to stun enemies is to use Shock Grenades. Try to get these grenades after they appear as a reward for completing one of the missions or buy them as unique item at Scavenger Market. Try to equip at least 1 member of your team with them.

The major advantage of shock grenades is that the explosion affects several fields. You can stun a few opponents standing close to each other. The duration of the stunned state is unfortunately not the same for all enemies - usually it will be one or two rounds. 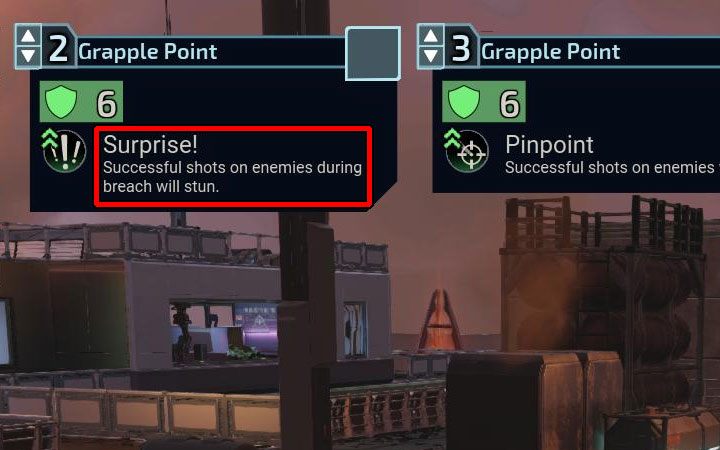 An interesting and not very obvious technique is to select Breaching Points, which in case of a successful attack guarantee that the attacked opponent will get stunned in the first round of the battle. If you notice such a bonus, try to assign as many agents as possible to the particular entry that is associated with it. The idea is to stun a few enemies before the proper battle starts. 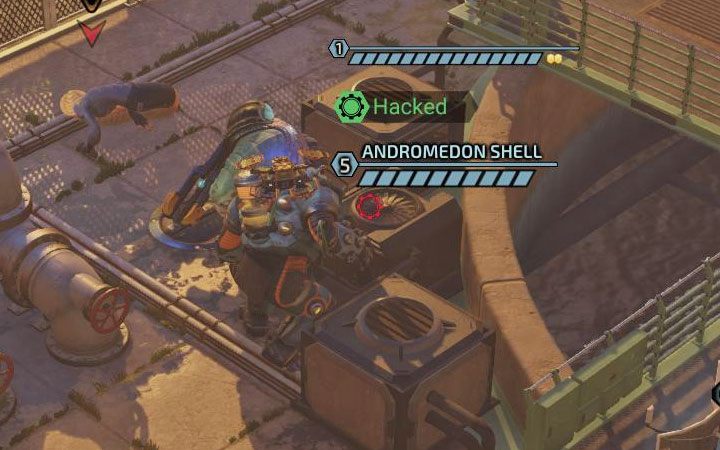 Instead of stunning an opponent, your agent can also make efforts to temporarily exclude this enemy from combat (preventing the enemy from making a move during a turn). The most useful skills to do so, are the following: 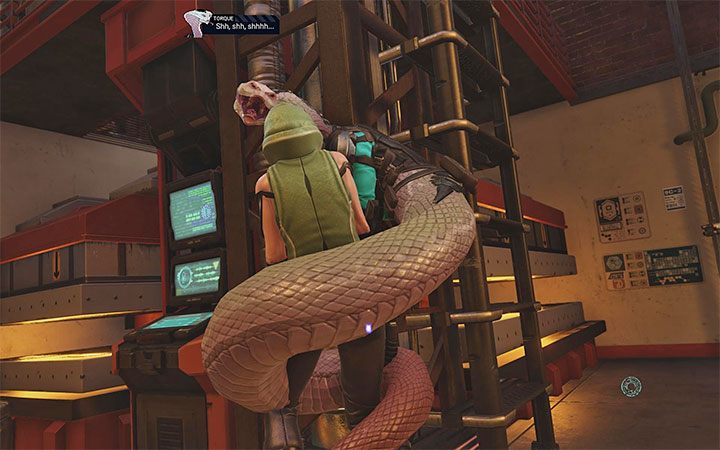 Another very helpful method of excluding enemies from combat is to use the Bind skill (Torque's ability). She is able to pull her opponent with her tongue and start choking him in the same round.

By developing Torque's ability further, you can make Bind skill even more useful - Torque can inflict more damage to entangled enemies. Also, if Torque receives damage from other enemies, she will not release the strangled opponent. 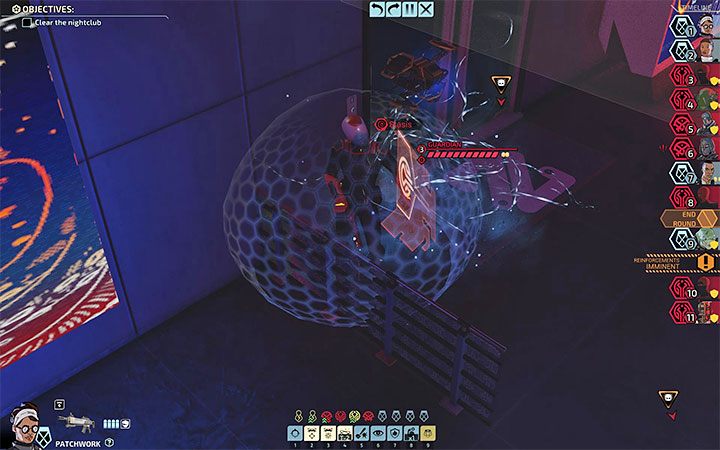 Another interesting technique to temporarily disengage enemy consists in using the Patchwork's Stasis Field skill. This is a very unusual ability, as it can be used on any character on the battlefield: 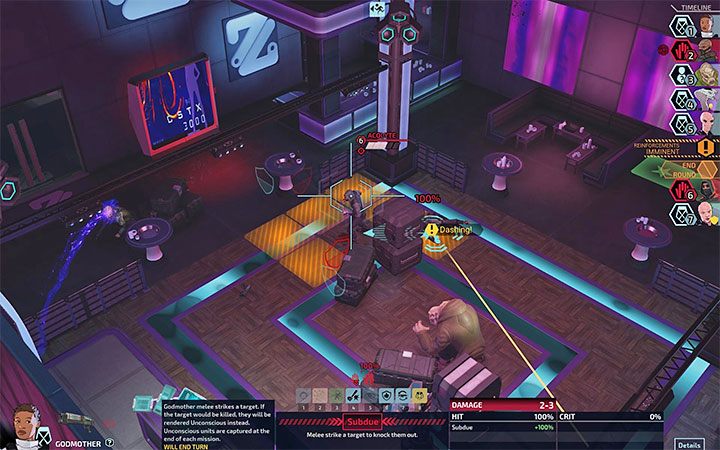 There are two basic methods for rendering opponents unconscious in the game. The first is available from the very beginning of the game, and it is called Subdue - this attack consists in capturing someone alive. It is available to all agents. The exception is the Cherub, which instead has Charged Bash ability that can be performed with a kinetic shield. It has the same application. However, the shield can be recharged earlier to inflict more damage.

Unfortunately, melee attacks are quite weak in the game and you have to reckon with the fact that by attacking even the weakest opponent you won't be able to deprive him of all his health points immediately (or render him unconscious). Luckily, this problem can be easily solved - use other strong attacks first in order to make sure that a particular opponent has 2-4 health points left in reserve. Only then use the Subdue skill hoping it'll be enough to defeat an enemy. 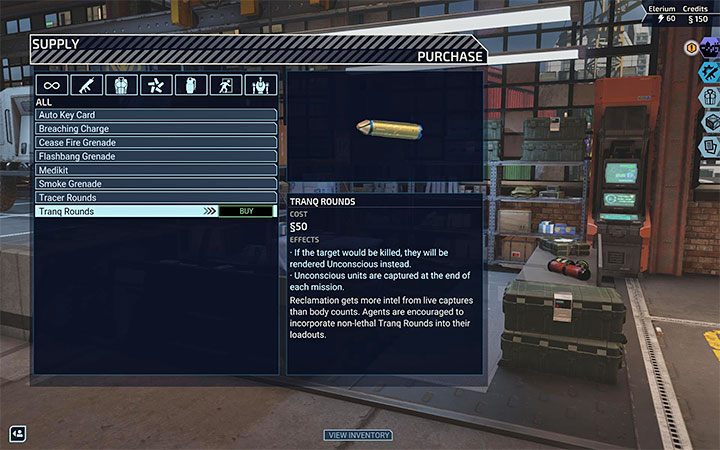 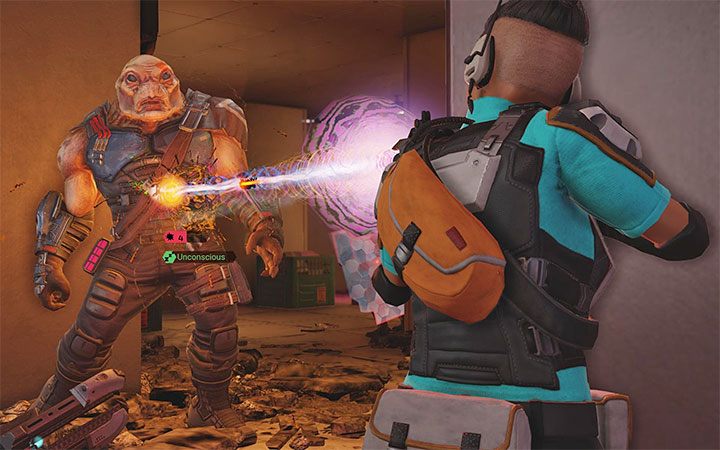 The second method is much better and consists in using paralyzing bullets - Tranq Rounds. They are been available after you unlock the store for the first time, that is, the Supply tab in the command center. Each pack of bullets costs 50 credits, but you can use them throughout the game and you don't have to replenish them every now and then. Equipping all agents with this ammunition will cost you a total of 200 credits. But keep in mind that this is an investment which will pay off very quickly - you may receive more intel points by doing so.

An additional advantage of using paralyzing ammo is that it does not need to be activated in any way during combat. Using firearms with these ammo type will automatically render the opponent unconscious after he has lost all his health points. What's more, Tranq Rounds work with all types of weapons, even shotguns.