Field Teams play an important role in XCOM Chimera Squad. This page of the guide includes information on how to unlock Field Teams, what tasks assign them with, and what are the benefits having field teams.

What are Field Teams?

Field Teams are special squads that can be recruited to operate within City 31. They have two main uses:

How do I unlock Field Teams? 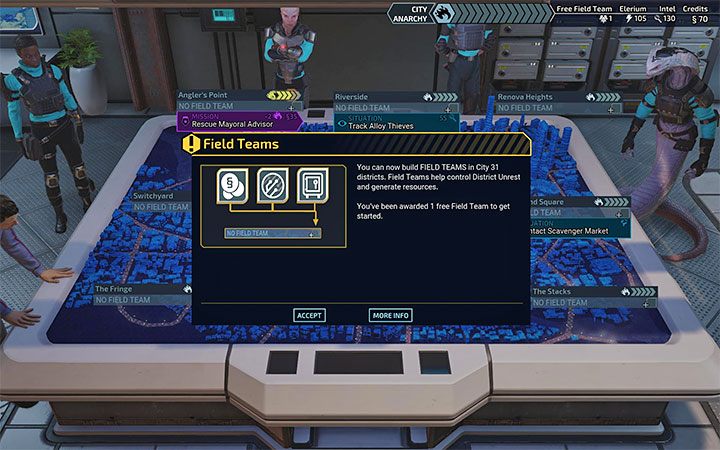 The mechanics described are not available from the very beginning of the game. Access to Field Teams will be granted automatically at the early stage of the campaign. The game will give you a first - Field Team for free.

Where to dispatch field teams? 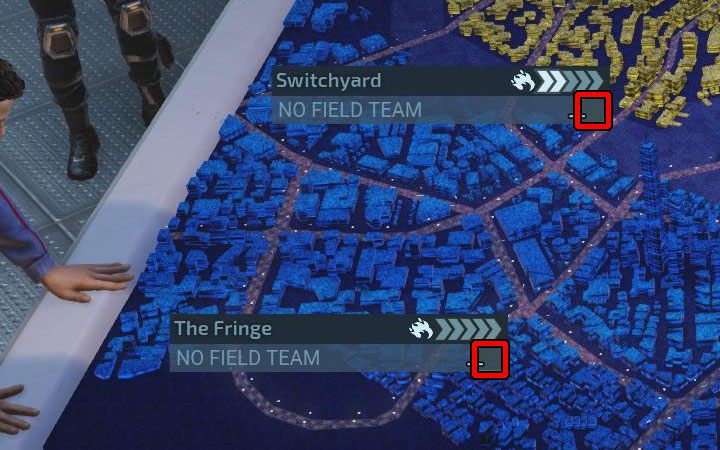 You can dispatch Field teams to City 31 districts. A Field Team can operate in each of the 9 districts of the metropolitan area. To open the field team management window, you need to click on the field below the district's anxiety bar. 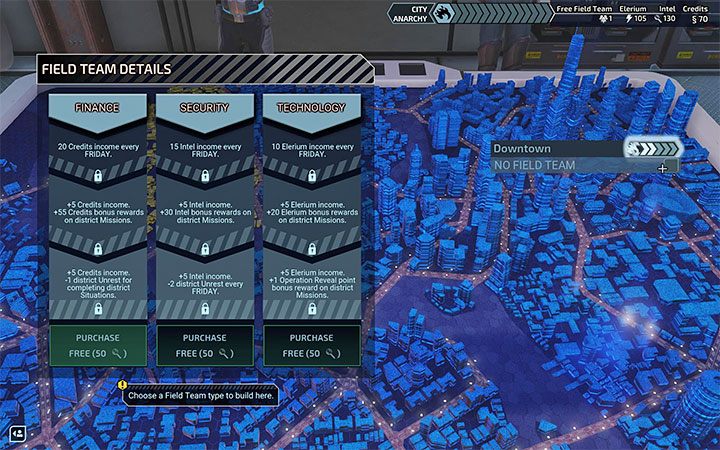 After selecting a particular district for the first time, you have to decide what kind of Field Team will be able to operate there. There are 3 main team types:

When will I receive rewards from the Field Teams? 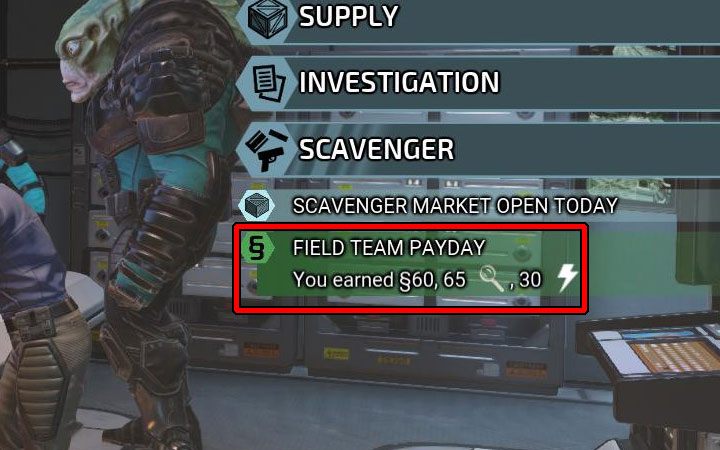 Resources obtained through active field teams are donated every Friday. You can view the current date in the bottom right corner of the screen. The information about the resource transfer is displayed in the Information section, i.e. under the main buttons of the Headquarters. 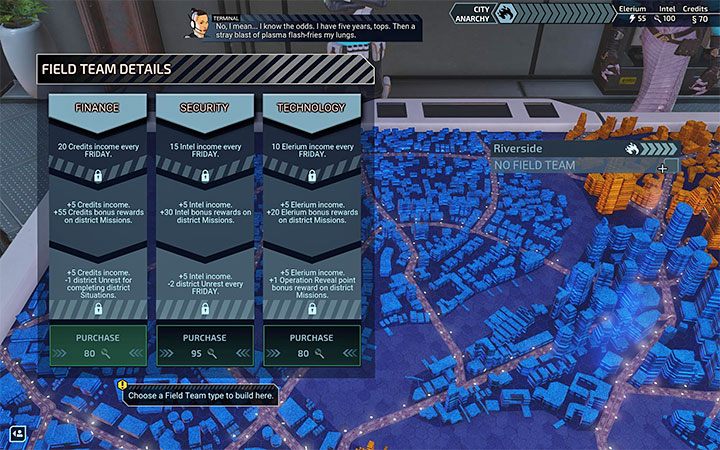 You pay for Field teams with intel. This is also the case when you level them up (see the next section for more on this). In addition, any other team from the same category (e.g. Finance in the example in the image above) will become increasingly expensive. 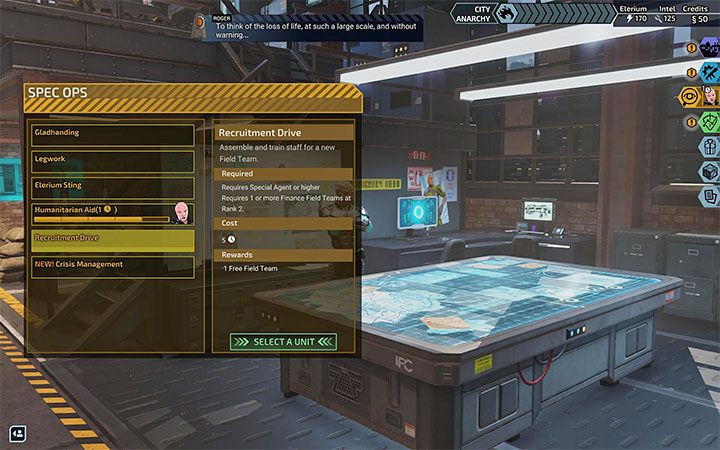 In exceptional cases, you can recruit a field team for free. It is possible in 2 ways:

leveling up the field teams 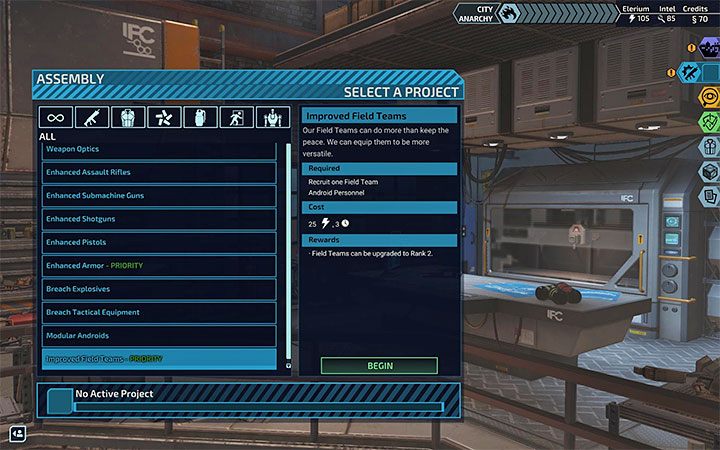 Each field team can be upgraded to a maximum of Rank 3 and this is intended to increase the benefits of its presence in a given City district. Unfortunately, you can't do it right away - you have to develop the right technologies first. Namely: 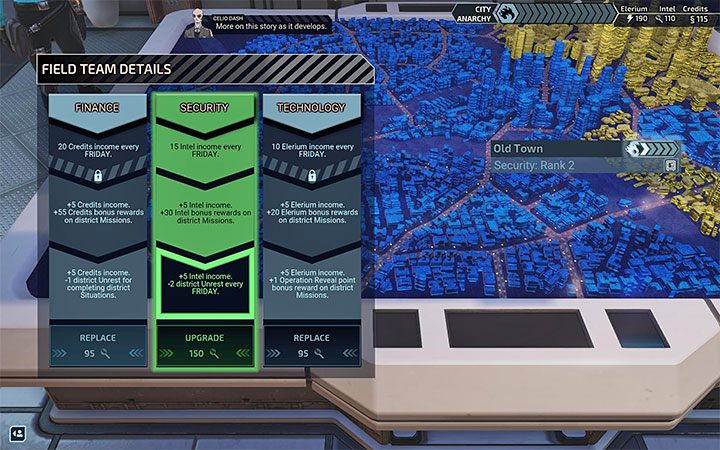 In addition to completing the above-mentioned researches, you must also be aware that every promotion to a higher rank is increasingly expensive. We recommend making sure that there are Level 1 field teams in all 9 districts. It's only when you reach that level that you start thinking about promoting some of them to higher ranks. 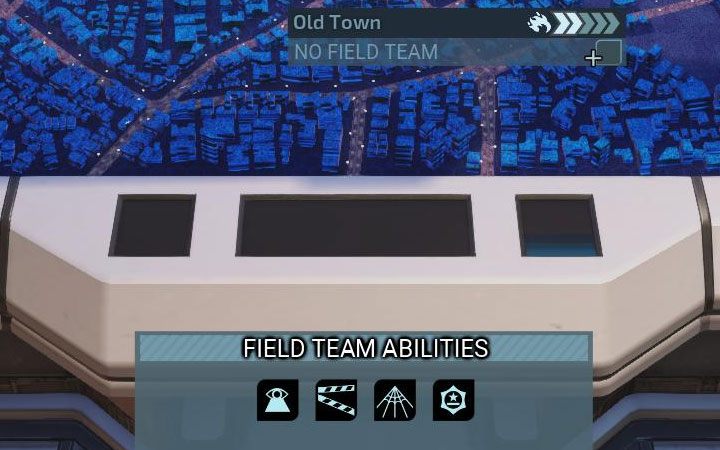 Recruiting and promoting more teams also has another important advantage - you can use Field Team Abilities. These are special actions to be activated on the City 31 map screen to help maintain order in the city. The available abilities are described in the table below. After being activated, an ability needs to cool down for several days. As a result, we advise using them with caution and in those areas of the city where they are most useful at any given time. 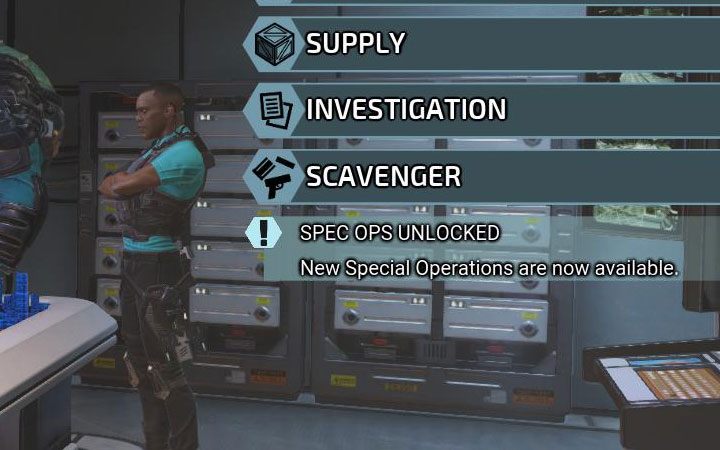 Another interesting form of extra reward is unlocking new operations in the Spec Ops tab. Further operations can be completed as a result of progress in recruiting field teams and advancing them to higher ranks. The game will always display information about the new operation under the main buttons. It is worth always looking at the Spec Ops menu to see its assumptions.