The game World of Warplanes developed by a Belorussian company- Wargaming.net, presents a professional game that puts you in the cockpits of the historical models of warplanes from the World War II period, as well as the planes that never had their virgin flights and never made it beyond the drawing table. In the game, you have access to planes of such countries as The united States, Germany Japan and the Soviet union. Each of these has been designed with attention to details and the possibility of altering both the armory and the external looks for the available model.

The below guide for the World of Warplanes game has been divided into chapters, including the game registration process or account activation. It also provides information concerning thr importance of the appropriate steering mode selection to match with the preferred gameplay style, as well as the plane types and their weaponry which has a key role and in the performance of appropriate functions in the battle.

It also presents advanced tips connected with the more difficult maneuvers and tricks with the use of the available maps, and also the implementation of appropriate modules, discussing also the advantages of training your crew for the higher level.

About World of Warplanes Game Guide 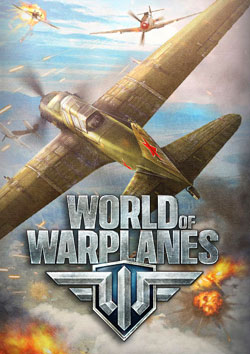 World of Warplanes is the flight combat MMO action game set in the Golden Age of military aviation. The game continues the armored warfare theme marked in the highly-acclaimed World of Tanks and will throw players into a never-ending tussle for air dominance.
Based purely on aircraft setting, World of Warplanes will allow players to build full-scale careers of virtual pilots offering machines of several key eras, staring from 1930’s with biplanes and up to Korean War jet fighters that led the way to modern air forces.
World of Warplanes will feature a wide range of warbirds, each of them unique in their effectiveness and behavior. Virtual pilots will choose from three main warplane classes — single-engine light fighters capable of engaging enemies in close dogfights, heavy fighters with their deadly straight attacks, and strafing aircrafts, the fearsome threat for ground targets.
Every plane will feature multiple variations of ammo types, engines, and other crucial modules, and their various combinations will allow to pick the optimal configuration for the most effective behavior in combat.