On this page of our guide to Wolfenstein: Youngblood we provide a detailed description of the battle with Bruder 3 Ubergarde boss. Battle with the great machine and its supporting opponents will take place during the completion of the main mission / Raid Mission: Brother 3. 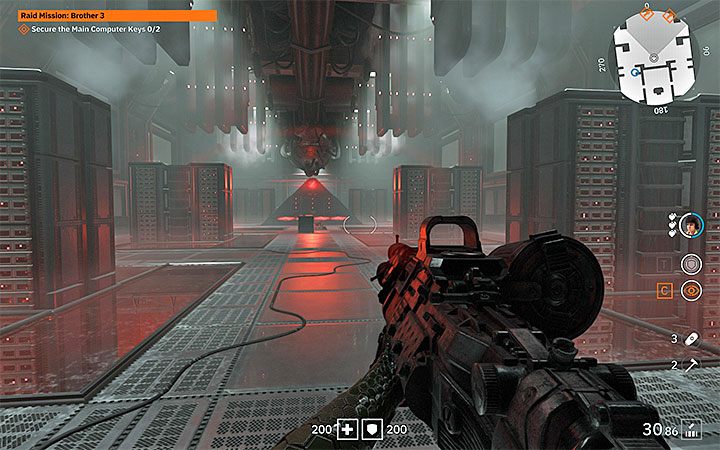 The confrontation with the Bruder 3 Ubergarde boss takes place in the final phase of exploration of enemy base. You must specifically reach the archive shown in the picture and this will be done right after you turn on the main computer. 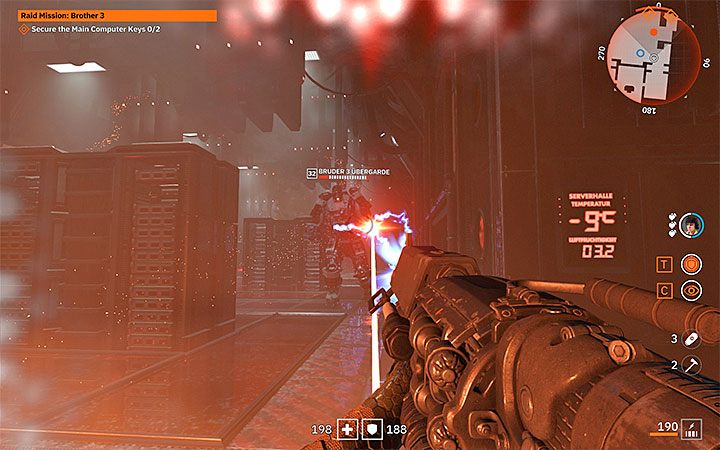 The battle against the Bruder 3 Ubergarde boss takes place in a large archive room. The boss uses a heavy weapon as his main attack. Bruder 3 has vertical rectangles on the armor panel. Choose the right weapons to destroy his shield. One of the most effective weapon will be Elektrokraftwerk. 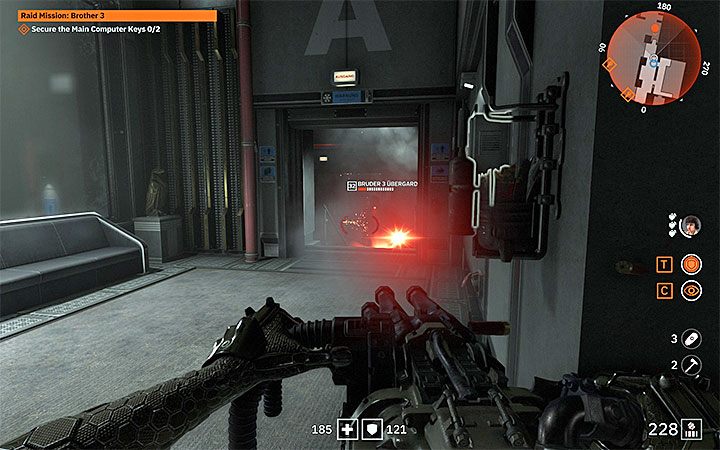 Fighting the boss in the main archive room is risky, even if you're hiding behind servers. However, you can easily "cheat" and get to the side balconies and rooms. Because of its size, the boss can't follow sisters there. You can easily search for places to attack Bruder 3 and also withdraw when you want to search for supplies or start a Pep Signal. 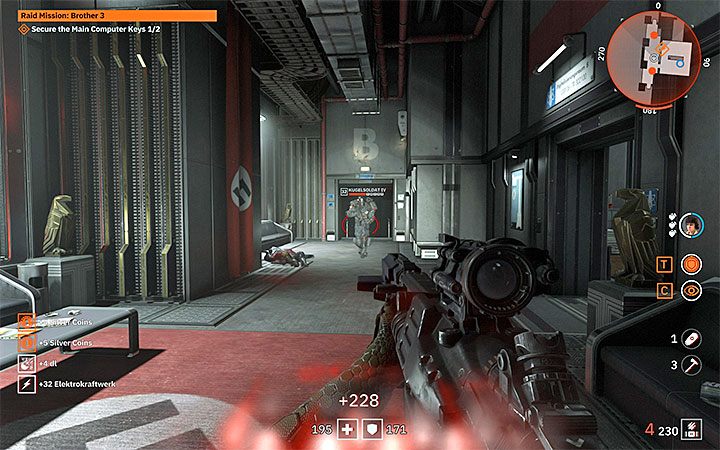 Don't expect the fight to be trivial, as there will be reinforcements soon after the start of the battle. Take care of them first so they don't interfere with your main duel. The defeated enemies should not respawn, so you will eventually return to one-on-one combat. 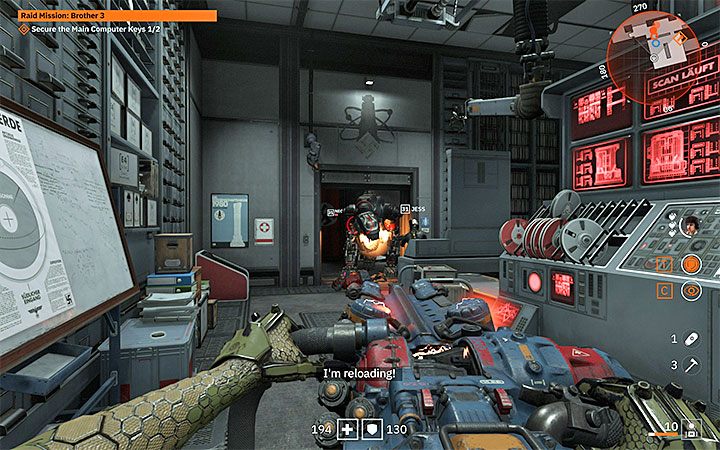 Among the new opponents you may encounter Supersoldats. The greatest danger is, however, Panzerhund. Try to attack the mechanical dog from a long distance to avoid his fire attacks. 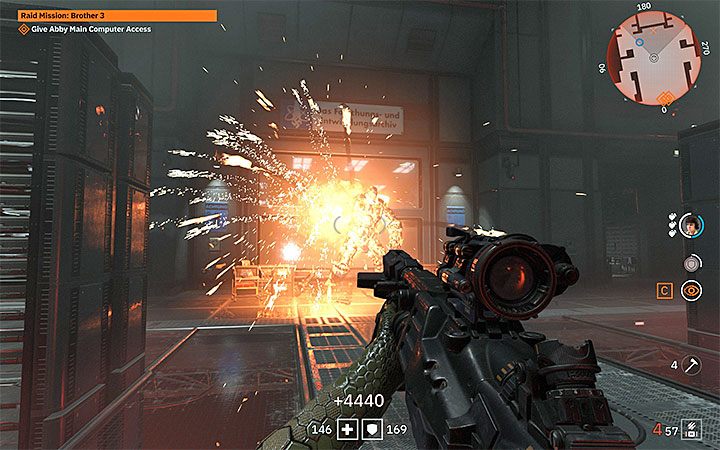 During the battle, do not forget about the close cooperation between the sisters. Call for help if you lose all health and always save the almost-dead sister. If you use up your ammo / health / armor, examine the side areas for resupply.

Bruder 3, just like the bosses from the other two areas, has a short health bar and therefore after you destroy its armor, it can be quickly finished off. The defeated boss will drop a heavy weapon, Uberhammer.