The unofficial guide to Wolfenstein: Youngblood contains a comprehensive set of information required to understand all mechanics of this game and complete it in 100%. In the initial pages of our guide, we have included various tips and hints on the following subjects: combat, exploration, playing in cooperation mode, finding secrets and collectibles, and defeating bosses. In particular, problematic issues have been discussed in a separate Frequently Asked Question (FAQ) section, which contains answers to the most troublesome elements of the game.

The most important part of our guide is the walkthrough, which contains details about all main and side missions. Our step-by-step guide explains, among other things, how to achieve mission objectives, how to win subsequent battles and how to defeat particularly demanding enemies. Also, we couldn't forget about detailed description of secrets and collectibles that you may find during your progress in the game. We provide information about the whereabouts and exact locations of each collectible. The whole is complemented by a trophy guide, in which we described in detail all available achievements and trophies in the game.

Wolfenstein: Youngblood is a spin-off of a popular FPS series. The main characters of the new story are two daughters of B. J. Blazkowicz - Sophie and Jessica. The game is set in the 80s of the XX century and takes place in occupied Paris. As Sophie and Jessica play their way through the missions, they have to face a lot of challenging battles against super-soldiers, robots and other Nazi monstrosities. An important novelty is that the sisters work in cooperation. The game can be played in two-player cooperative mode or with an AI bot as your companion.

Will Wolfenstein: Youngblood run on my PC?

Full information about Wolfenstein: Youngblood system requirements can be found on the System Requirements page of our guide.

Can I play Wolfenstein: Youngblood without an Internet connection?

In the case of PC version - no. Wolfenstein: Youngblood the PC version, does not allow you to play without an Internet connection. This is required even if you are planning to play offline, i.e. with a companion controlled by artificial intelligence instead of another player.

Additionally, it should be noted that Wolfenstein: Youngblood in the PC version requires an account on the Bethesda.net platform. Creating an account is free of charge.

Does Wolfenstein: Youngblood use Denuvo?

Yes, the PC version of the Wolfenstein: Youngblood uses Denuvo anti-piracy protection. It is installed automatically with the game. During the preparation of this guide we were not aware of any information about the Denuvo protection and it's forms of distribution. In the case of previous Bethesda games it was present in game versions sold on Steam platform. Denuvo has not been implemented in versions sold directly by the publisher - in the Bethesda store.

How long does it take to complete Wolfenstein: Youngblood?

It will take you about 8/9 hours to get through the story and main campaign of Wolfenstein: Youngblood. To complete all the story missions you have to complete several side quests - those that rely on getting into the underground. 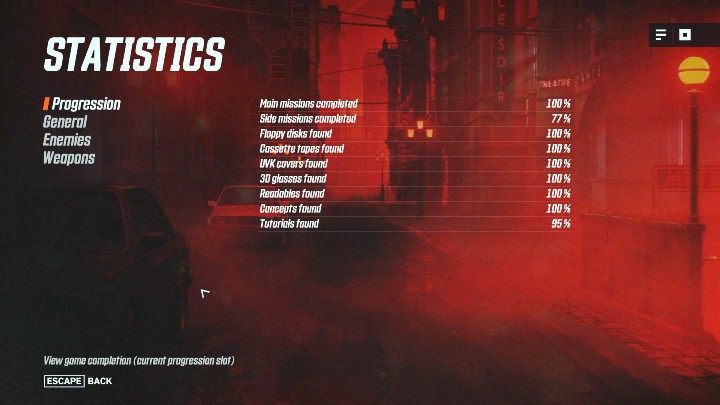 As for the passage of the game along with all the side missions, this time will last up to 12/13 hours. To perform all the tasks you have to carefully examine locations and periodically return to the previously visited places. 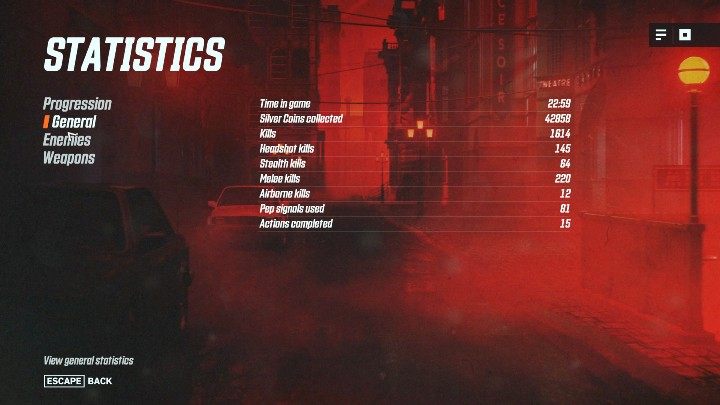 To complete all of main the story and side quests in the game, and get all collectibles you will need up to 22/24 hours. That's a lot of time, but if you focus on collecting collectibles from the very beginning, this time can be a lot shorter.

Obtaining platinum trophy in Wolfenstein: Youngblood will take you about 40 hours. To get a platinum trophy, you must get all other trophies. The exact list of all trophies can be found on a separate page of our guide.

Can I complete Wolfenstein: Youngblood as single player?

Yes, the cooperation mode is not obligatory, although it is recommended by the authors in order to complete the game. If you don't want to or can't invite another person to play, you can start the campaign in solo mode. Then, AI will take control of the other sister to help you with mission objectives.

If you have purchased the Deluxe Edition, you can use your Buddy Pass to invite one of your friends to play with you. The second player will be able to download the game and join the you in cooperation mode without any additional charges.

Does Wolfenstein: Youngblood have a Mein Leben difficulty level?

No, Wolfenstein: Youngblood doesn't offer Mein Leben difficulty. As a reminder, this was an extreme difficulty setting, which debuted in Wolfenstein II: The New Colossus. Playing in this mode you had only one life at our disposal and the save game option was disabled.

Has Wolfenstein: Youngblood been obligatorily censored?

No, Wolfenstein: Youngblood is offered in all major markets in an uncensored version, i.e. with visible swastikas, Nazi uniforms and other such elements. This also applies to the German market, where Wolfenstein: Youngblood was not censored. In order to play the version without censorship, you need to purchase the International Edition of the game (the version deliberately devoid of Nazi symbolism will also be available for sale).

No, Wolfenstein: Youngblood does not have a split-screen feature. It is not available on PC or console versions, even if you have two controllers. The only way to play in cooperation mode is to connect online with another person playing on their own computer or console (it must be the same platform, the game does not support cross-play).

In which versions is Wolfenstein: Youngblood offered? 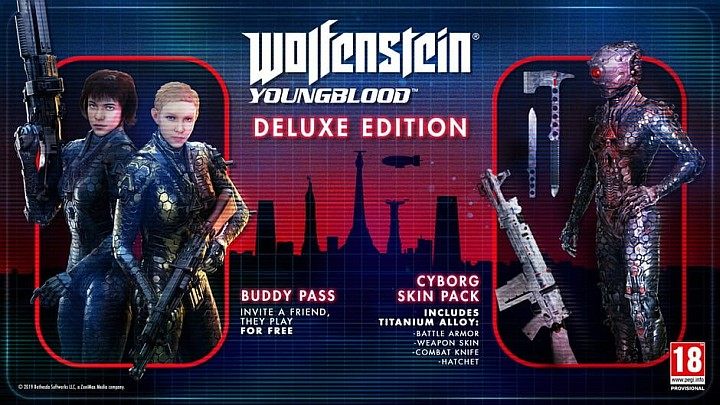 In addition, there is a bonus for those who decide to make a pre-order. It is available in both versions of Wolfenstein: Youngblood. The bonus is the Legacy Pack, which allows you to unlock the outfits and weapons that were used by B.J. Blazkowicz.

Can you swim in Wolfenstein: Youngblood? 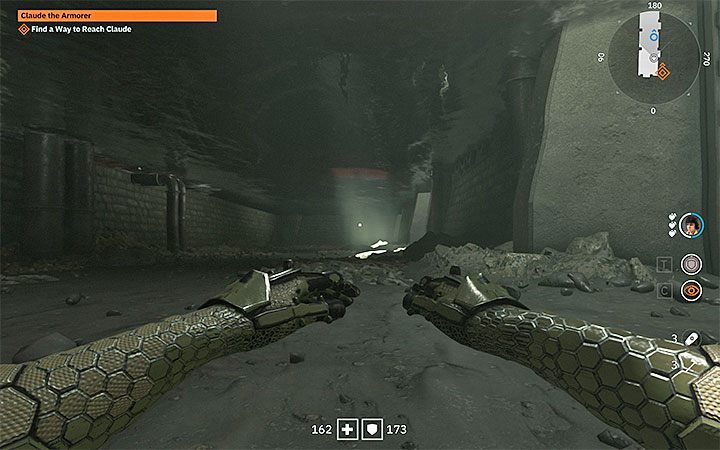 Does Wolfenstein: Youngblood have a trial version? 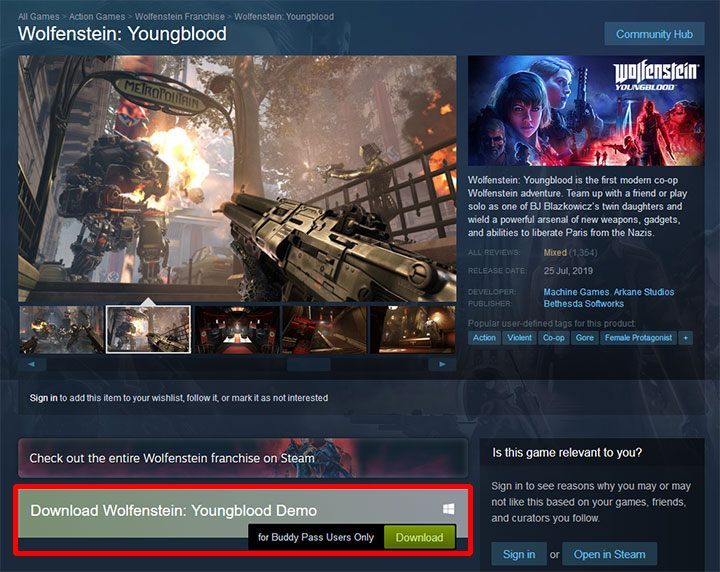 Yes, but it's not available to everyone. The trial / demo version (it is called differently depending on the hardware platform) is available in all stores where the digital version of Wolfenstein: Youngblood is sold. However, it is reserved for those invited to play with a Buddy Pass. You can receive an invitation from a friend who purchased a Deluxe Edition of the game. An invited person can go play the campaign in cooperation without having to buy a game.

You can't play trial / demo version if you haven't received an invitation. Read more about this on a separate page How does Buddy Pass work? of our guide.

No, Wolfenstein: Cyberpilot is a separately sold product. It was prepared only for virtual reality devices. It offers support for PlayStation VR (PSVR), HTC Vive and Windows Mixed Reality.

Below we have listed the most important PC key bindings in Wolfenstein: Youngblood. For complete information on how to control a selected sister (on PC and consoles), please refer to the Controls section of our guide.