On this page of our guide to Wolfenstein: Youngblood you will find a detailed description of Chemical Warfare side mission. This task refers to an attempt to stop water pollution. The sisters have to get to the underground location and destroy several Nazi machines. 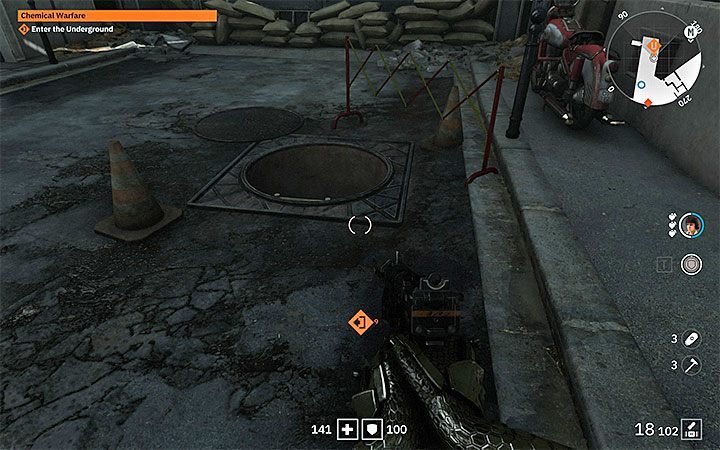 Who's commissioning the mission: Talk to Penda Niang in the catacombs.

Mission difficulty level: Do not proceed with this task if your sister is not at least level 12 of experience.

Use the subway network to move to the Victory Boulevard district. Set the described mission to active and follow the instructions on the mini-map.

The exit to the sewers is shown in the above picture and it is a sewerage hole next to a parked truck. After jumping into the sewers, both sisters have to interact with the gate. The heroines will move to the new underground location called Victory Boulevard Underground. 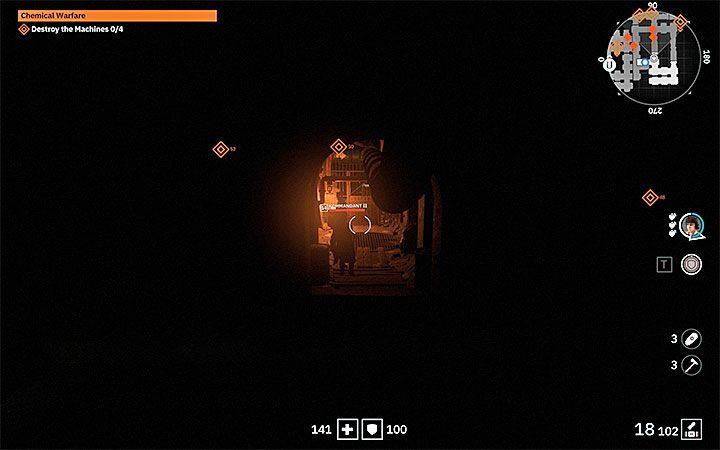 Don't forget to watch the mini-map on which your enemies will appear. If you want to attack someone by surprise (like the commandant in the picture above) turn off the flashlight before you approach such a person. When you start fighting, try to reach the location with lamps or barrels on fire. This will allow you to see your opponents and use stronger weapons at the same time. 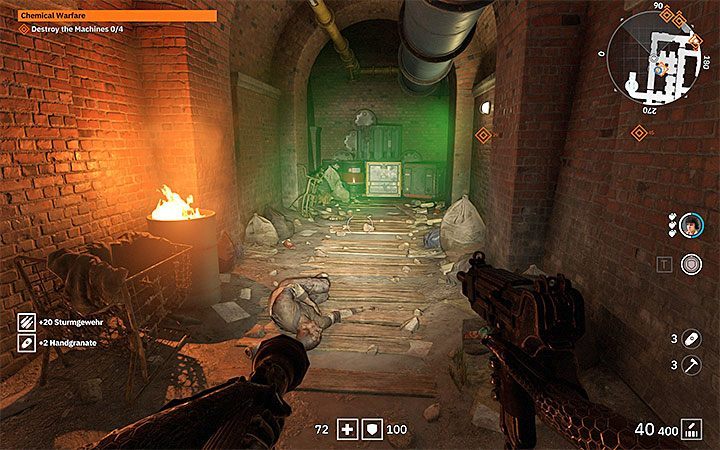 When exploring the underworld, destroy padlocks with closed gates (use close combat or firearms) and watch out for poisonous green fumes. They will disappear after you sabotage one of the devices in the area. 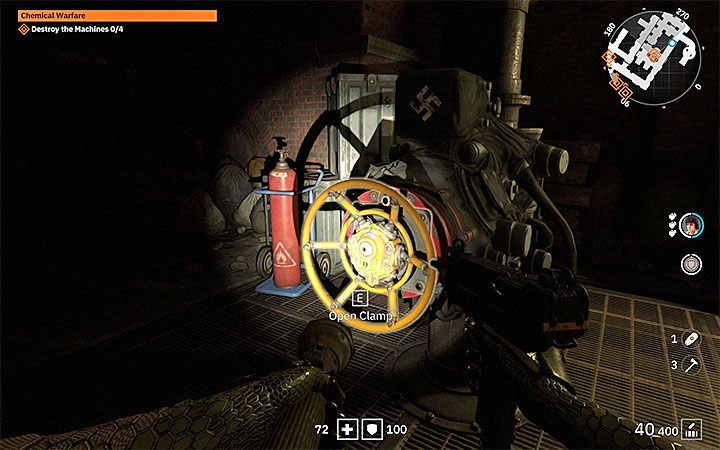 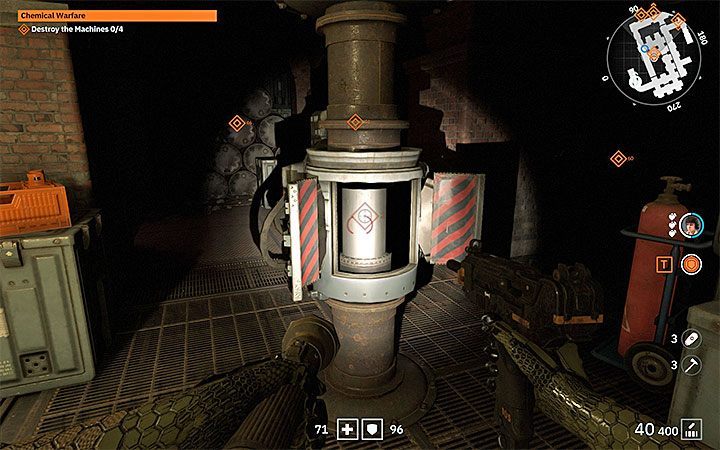 The underground has a form of a labyrinth, but it's not very extensive. The game will also mark each of the 4 machines that have to be destroyed on your map. When you reach each of them, you have to start by interacting with the valve - the example is in picture 1.

Behind the valve, the curtains will extend to reveal the silver tube (example in picture 2). Use any weapon to destroy it. After the destruction of any machine, enemies may appear in the area - be ready to eliminate them. Among the opponents there may be a Hammersoldat. After sabotaging all four machines, return to Pendy to complete the mission.