On this page of the guide to The Witcher Monster Slayer, you will find information about the Sword in the Stone quest.

The Sword in the Stone quest will only be available after completing the first 4 quests in the game:

The Sword in the Stone quest is pretty easy to track down, though. All you have to do is go to the blacksmith.

The blacksmith can be easily found on the map. He has a distinct icon - shown in the screenshot above.

The blacksmith has a quest that you can start when you pay him 500 gold coins.

In addition to the quest, the blacksmith can sharpen your sword - you will deal bonus damage for a limited time. 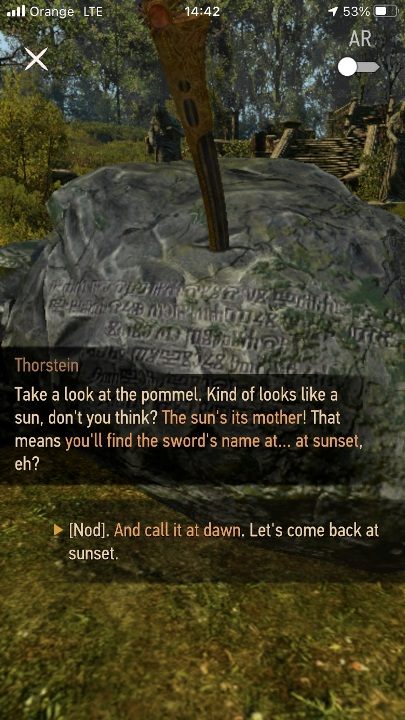 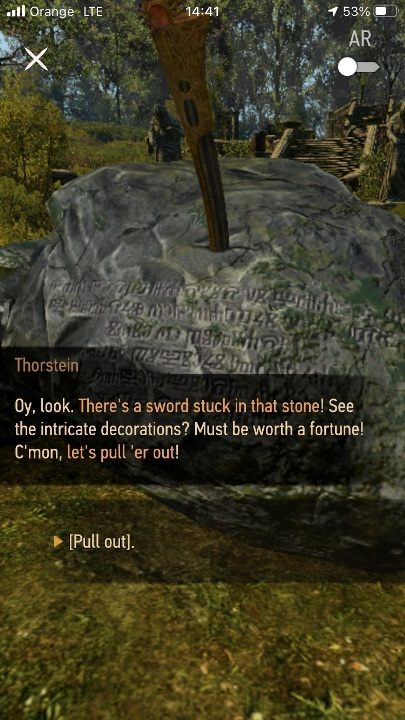 One of the objectives requires you to show up at a given location at dawn and dusk. Pay attention to the real time, not the one in the game.

To determine what time it is dawn/dusk, you can look it up by typing a given term into Google, such as "dusk [date] [location of interest]". Use this knowledge to plan when you want to complete the task. However, consider a 20/30 minute time window, preferably before and after that time.

If you don't want to leave home after dark or don't feel like getting up early in the morning, you can try changing the location or time on your phone. It is not, however, a method that works 100%.

Currently, there are a lot of problems with this quest. Some mission objectives have time constraints that either prevent you from completing the task or do not disappear when you complete the corresponding part. Additionally, some people receive no reward for the quest.

The developers promise that all those affected by these bugs will receive gold coins.