Rescue the employees of the Ag center

You receive this quest during your first conversation with Kathy Lawson at the Main Complex. Try to rescue each employee of the Ag Center in peril. It is a flexible quest, with no rigid frames like, e.g. "Rescue at least five people". If possible, you should help everyone that you can. This means the scientists attacked by the mutants and entangled with the vines (you can use either Wildlife or Surgeon skill - if you lack both do not touch the vines at all. Instead, disable the irrigation, which will free all of the imprisoned anyways). Still, you will have to click on each and every one of them. The pods that have been holding them down will be dead, but the scientists are unable to free themselves) and Matt Forrestal, who also is infected. If you develop the cure, Matt survives and tells you the code for his safe, in return. Also, you will then complete this quest automatically.

Save Julio from the rabbits

The Western part of the central complex. Julio is being attacked by three feral rabbits. If you have the Animal Whisperer skill, you can sneak up to the rabbits and soothe them down (only one character, have the rest stay behind). Alternatively, you need to kill them, which is very traumatic for Julio. You can then collect rabbit legs from the rabbits, which provide +1 to luck.

Save the employees from the mutated creatures 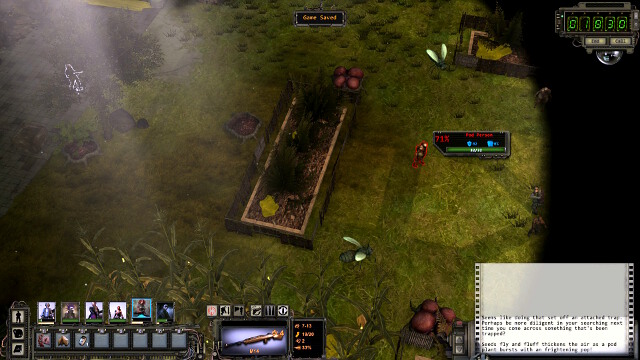 The Eastern part of the main complex. A group of scientists are under attack from mutants and Pods. It is best to sneak up from behind, just like in the screenshot (take the passage close to the basement), and attract the attention of the mutants immediately, which will encourage them to come closer. Take advantage of the Pods, for AoE damage, but also make sure that none of the scientists is within reach.

Escort Skinner away from the mushroom caves

The basement, the mushroom caves. Skinner wants you to take him to the exit safely. He will follow you, if you consent to that. Then, you only need to turn towards the ladder to the main complex to complete this quest. It is best to clear the caves before you start this quest.

Free Ryan from the pen

Eastern Fields. Deal with the mutants attacking Ryan. Ryan asks about Rachel from the Main Complex, who is most probably dead right now (she explodes after you meet up with her for the first time, the potential way to save her is not to meet up with her, develop the cure and pour it into the tank. You can either lie to him or tell him the truth. Remember to talk to him, later on, at the Main Complex, to complete this mission. He will be angry at you, for having lied to him, but you can calm him down and cheer him up, thanks to dialogue options.

Fix Sue' mistake and save three local societies from infection, at the Ag center 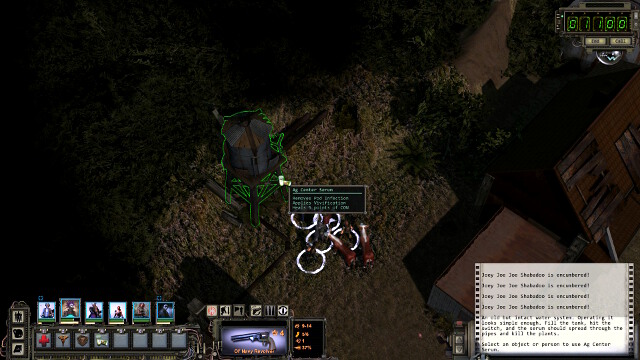 Pouring of the serum to the tank

Western Fields You need to go to three locations in the area (number 2 on the world map) and pour the serum from the Ag center into the water tank in each location (you need to obtain it in the first place). You receive this quest after you save Sue with the Surgeon and obtain from him the information on where he sent the pigeons. Alternatively - if you have no way of rescuing Sue, - you can figure out what happened by looking through his belongings and the nearby dovecot. . It is best to go to these three locations (the infected village, the Infected Farm and the Infected pumping station), after you have dealt with everything at the Ag Center. Your visits there boil down to fighting lots of Pod People, including the improved, glowing model s, you should be well equipped and prepared for the fight. In general, in all three locations, there is nothing, apart from the tanks and several stashes but, at the infected village, you can also find the local sheriff and the villages that locked themselves up in Jail. If you free them, you will receive a key from the sheriff, and a safe code (tap in the digits corresponding to the letters). Of course, you can do without these two, if you have Lock picking and Safecracking.

If Sue is alive, you can return to him afterwards and you will receive a reward: an armor +2.