The guide to Wasteland 2 includes an extensive walkthrough and advice that will help you learn everything there is to know about this game. Tips, tricks, and secrets!

Our collection of advice is a great guide that will introduce you to all the important elements of the game. It includes e.g. the description of the game interface, advice on combat, as well as tips and tricks that will help you find your way around the beginning of the game.

Additionally, the guide includes a list of attributes, as well as hints on character builds and character progression. Another thing you may find useful will be the essential advice on how to make the gameplay easier and more effective.

The guide will tell you how to create a party that will make short work of all the adversities, and how to find potential party members. Each of your companions will be described in detail, along with their stats.

One of the chapters will be dedicated to combat, which is one of the key elements of Wasteland 2. Thanks to the advice featured in our guide, no battle will be too difficult.

Maps for Wasteland 2: Director's Cut are large, detailed guides that will tall you how to find secrets, NPCs, and enemies. Key characters, items, and enemies are marked on numerous locations maps. Each of the provides a great information source on the destroyed regions of Wasteland 2.

The guide includes a complete walkthrough for the main storyline, as well as all side quests. It features a detailed description for all quests, including a list of alternative solutions. Our descriptions also encompass maps.

For more quest solutions, check out the table of contents of our guide for Wasteland 2.

Wasteland 2 is a post-apocalyptic cRPG, and a sequel to the hit game from 1988. The game was developed by InXile Entertainment, a studio founded and led by Brian Fargo (the creator of the original Wasteland), with the financial support from users of the crowdfunding platform Kickstarter.

The guide was written based on the basic version of the game. It was later expanded by modifications and updates introduced with the Director's Cut edition. The guide also contains the descriptions of all DLC expansions. 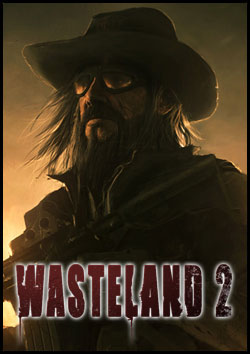 Wasteland 2 is a sequel to the RPG game originally released in 1988, called the “mother of post-apocalyptic RPGs.” InXile Entertainment developed the game after successfully gathering the money needed through Kickstarter. Brian Fargo, the creator of the original game and The Bard’s Tale, was put in charge of the development process.
Developed 25 years later, the sequel takes place fifteen years after the events of its predecessor. Yet again the player assumes the role of a member of Desert Rangers who are the only surviving representatives of the U.S. Army after the nuclear war drove the mankind to the verge of extinction. The developers put a special emphasis on character development system that is entirely player-dependent and emphasizing the consequences of the player’s choices made during the journey through the post-apocalyptic wasteland. Missions can be perform in various ways depending on the skills the player develops. Moreover, the game not only allows to personalize the characters, but also weapons, or even the interface.
Wasteland 2 does not follow the trends present in today's productions and offers the players a very classic RPG gameplay. Combat is turn-based, the perspective is isometric, and the wasteland is cruel and unforgiving. In addition, the game consists of numerous references and borrowings from the original Wasteland.
The dialogue system in Wasteland 2 is based on a keyword library when interacting with NPCs. During the conversation, the list expands to shows new items that when chosen, take to the next topics of dialogue, and then provide entries to the library. The developers fulfilled the request of the players so each keyword is woven into a full sentence. In this way, the characters controlled by the players speak complete sentences, not only the keywords, and receive a complete answer.
The keywords themselves are divided into two categories: local and regional. Local ones relate only to a given conversation, while the regional are important for many characters and their knowledge opens up new dialogue options. The game pays a sort of tribute to retrogaming – the players can enter their own keyword suggestions into the console and hopefully discover some unique dialogue options. This is only an interesting addition however, and not something that decides the way the plot is going.
The library of keywords is also replenished with new items through interaction with the environment. This means that the use of appropriate skills related to the study of land, buildings, and objects in the game, allows you to discover new keywords which can be used later during conversations with NPCs.
NPC reactions depend on a large number of factors. These include: team members, decision made up to a certain point, previously used keywords, the player’s responses to NPC’s questions, and skills and attributes possessed by the characters. Wasteland 2 offers a huge variety of possible outcomes of dialogues that are never formed according to the principle: one keyword - one specified reaction. Even the order of use of keywords during the conversation has a huge impact on their course.
The combat system is characterized by a shift from the so-called phenomenon of continuous change of weapons for better ones. In Wasteland 2 there is no such situation in which in the course of the plot development the old weapons become less effective and must be replaced by new ones which have much better statistics. It was eliminated by dividing weapons into classes that have their own paths of development. In this way, it is the skill in using a certain type of weapon that determines its effectiveness. Of course, all classes of weapons have their pros and cons. The game also introduces weapons that blur the class divisions. These “hybrid” weapons are quite numerous in Wasteland 2.
The game uses the Unity engine which is commonly used to power web browser-based games.

"Bethesda Did A Great Job With Fallout"  Interview With Brian Fargo, Creator Of Cult RPGs

During the latest edition of Digital Dragons gaming conference that took place in Kraków, Poland, we had an opportunity to chat with Brian Fargo. The legendary developer talked about his current and future endeavors.