The prologue in Warcraft 3 Reforged includes a few introductory missions. However, the prologue is not a typical tutorial, because all missions provide important information about the plot, and explain the starting point of the Orcs campaign. In the mission you will learn the basics of controls and a few rules that have a big impact on the gameplay. 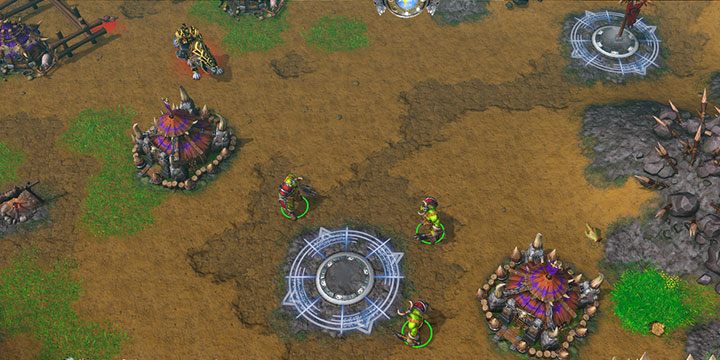 You will quickly receive additional units to help you complete your mission.

From the beginning of the game you will hear the narrator. Also, subtitles will appear on the game screen. Follow the instructions to move from point to point. The field of vision plays a very important role, because your units cannot attack the enemy outside their visual range. Soon you'll come across more orcs. They will join your ranks. Then, by proceeding forward, you will begin a skirmish with neutral Gnolls. They don't pose a threat to your troops. After defeating them, your hero will gain experience points. Remember that only heroes can level up and don't have to kill enemies - all you need to do is to keep them close near a dying enemy. 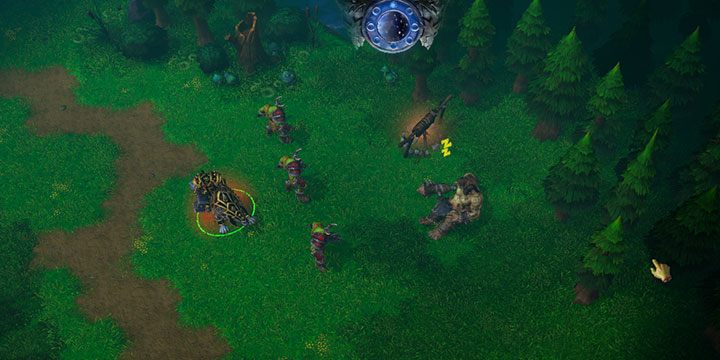 Another important event during which you can learn more about the game is the meeting with an Ogre at night. This time of day reduces the field of view for all units, so it is easier to navigate the map if you want to avoid battles with enemies. Neutral units, such as an Ogre, usually sleep at night. That's why you can easily avoid such camps or attack them at a convenient time. On the other hand, some units, like the Golem, are still active during the night and will attack your soldiers. After defeating a few Golems, it is worth attacking the village of Trolls at the right edge of the map. The Trolls will drop a Manual of Health, pick it up. When Thrall collects this power-up item, he will receive a permanent bonus of +50 health points. Then approach the Prophet and listen to what he has to say.