The Warcraft 3 Reforged game guide contains a comprehensive collection of tips and tricks required to complete all story campaigns available in the game. In our guidebook you will find a detailed walkthrough of every mission, including a step-by-step description of all objectives. Additionally, we provide basic information and general advice about major game mechanics. In the following chapters, you will learn more about the strengths and weaknesses of each race. You will find a detailed description of their units, buildings, technologies, available upgrades and heroes.

Warcraft 3 is a legendary classic among RTSs. Together with Starcarft, these games have dominated the RTS genre for over two decades. In addition to immersive gameplay, balanced factions (races) and great graphics, Warcraft 3 offers an very interesting campaign set in an extremely engaging fantasy universe. World of Warcraft was created due to the popularity of this strategy and it's fully corresponding to the lore, characters, storyline and the game world. The Reforged edition introduces some changes to make the two games fully consistent, such as updated visuals and 3D models of certain characters or locations.

Besides, you will learn more about in-game economy. Warcraft 3 Reforged has an interesting and well-thought-out army sustainment system that has a high impact on every gameplay. What's more, each unit, apart from basic statistics and spells, has a specific type of attack and armor that affects the game. That's why every race doesn't have an invincible unit capable of defeating every enemy. In addition, the day and night system influences the strategy and tactical operations during the battle, which can tip the balance of victory in your favor. 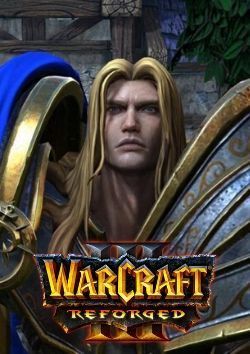 Warcraft III: Reforged takes us into the fantastic world of Azeroth and lets us learn about the history of the four races (Orcs, Humans, Undead and Night Elves) that are waging a war for control over the whole land. The story is told through cut-scenes running on the game's engine (their total length exceeds four hours), which focus on several main characters of the campaign.

Warcraft III: Reforged is a classic real-time strategy in which the action is presented in isometric view. Players build bases, collect resources, and then recruit units which are send to fight enemies. The game has a few balance changes which are exclusive to the remaster. It is worth mentioning that many of them are the result of suggestions coming from fans and e-sport players.

In addition to the single player campaign, we can also play in multiplayer mode. It is fully compatible with the original version of the title. Since both games use the same engine, we will also be able to use community maps in the included editor.

Warcraft III: Reforged offers fully refreshed graphics. The title supports high resolutions, it has also introduced a package of social functions and solutions for the matchmaking system etc. Many of the maps have been redesigned to better reflect the appearance of a world that fans know from World of Warcraft. The cut-scenes were made from scratch with new character models and animations. The voice actors, cooperating with Blizzard, recorded their dialogue lines again.

The Release of Warcraft 3 Reforged Makes No Sense for Blizzard

The long-awaited remake of Warcraft 3 is now out on the market and... is getting a reception colder than the spire of the Ice Throne. And frankly, I don't even understand why Blizzard decided to make this remake in the first place.

Where the Hell Is Warcraft 3 Reforged? Video Games That Vanished in 2019

Many charming gems have been released in 2019. However, several interesting video games like Iron Harvest or Diablo Immortal, have been postponed to 2020. Let's take a look at this bunch of unreleased titles.