On this page of the guide to Void Bastards, we focus on the available negative statuses (Contaminants) which can be imposed on your character and make the game more difficult. You will also learn how to get rid of them. 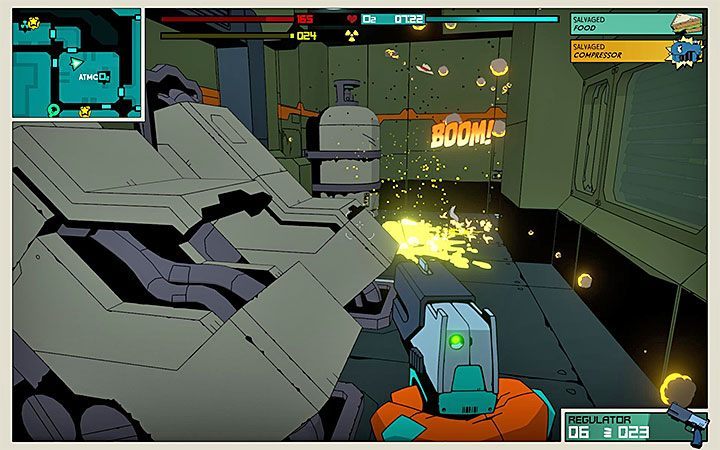 There are three main negative statuses. The first of these is radiation (Irradiated status). Areas with radiation are marked yellow. Irradiated "puddles" can be on board the explored ship from the beginning of the mission, or be the result of your actions. New yellow puddles appear every time you kill an enemy called Glowtrotter.

You can either jump over the puddles (this works only with small ones) or look for other ways to your destination. Each contact with radiation builds up a new yellow bar at the top of the screen. The more you are irradiated, the more health points you will lose at regular intervals. 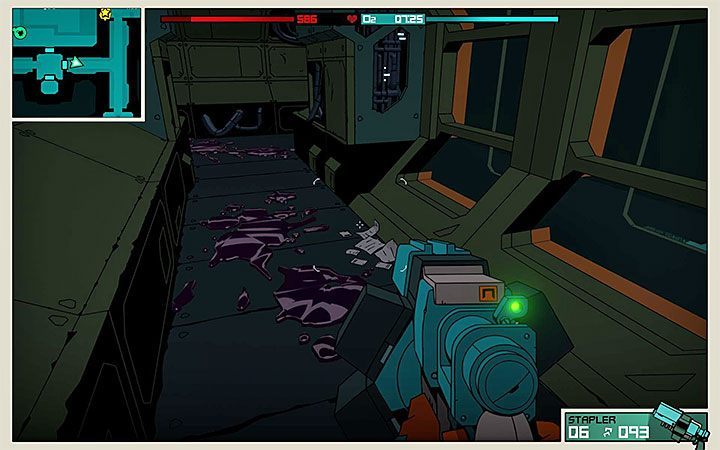 The second negative status is Oily. Puddles of oily substances have a dark purple color and, unfortunately, this can make them harder to see, especially when you are running around the ship.

You can either jump over the puddles (this works only with small ones) or look for other ways to your destination. If you touch this substance, you will start to slide. This may prevent you from performing precise movements, such as stopping at switches to open doors or interact with terminals. However, it should be noted that the character with this status moves faster and paradoxically, it can help you, e.g. go through long corridors. 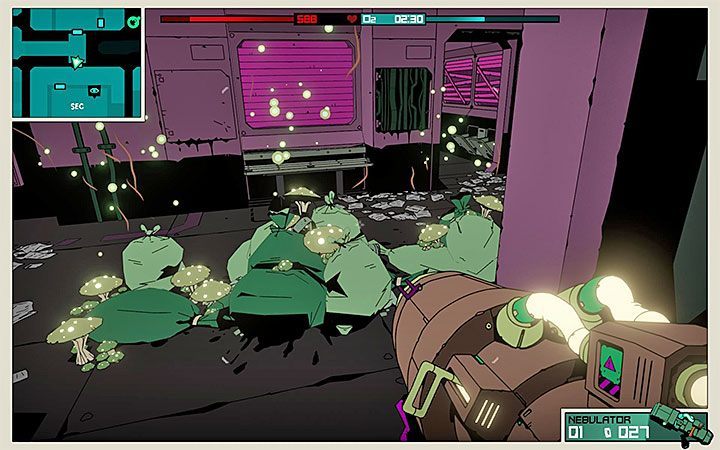 The third negative status is Nauseous. You can receive it when you come into contact with poisonous garbage. They appear in random rooms and corridors on ships.

You can try to avoid garbage but unfortunately, it is not always possible. When you get sick, a pulsating filter appears on the screen, which can be disorienting. However, a more serious obstacle is that the controlled character will often miss attacks.

How to get rid of a negative status? 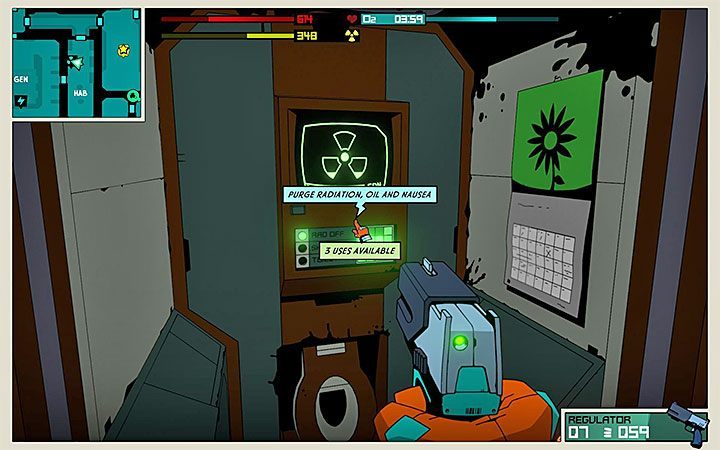 There are three ways of getting rid of negative statuses. These methods are common regardless of the type of negative effect you got and how many of them are currently active. 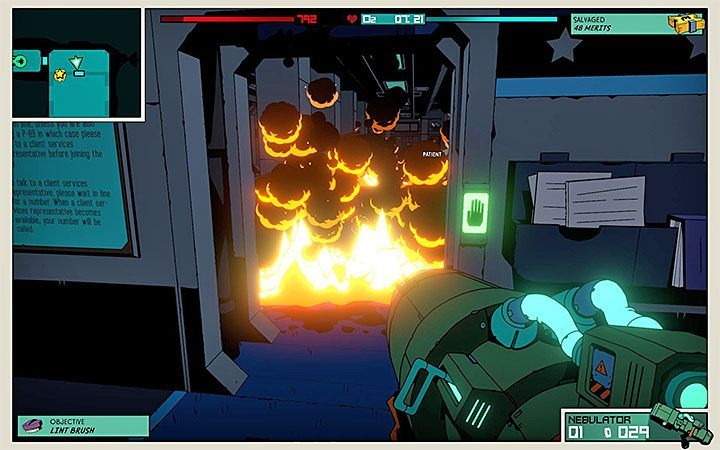 In Void Bastards, fire isn't classified as a negative status, but it is still an important environmental threat so be aware of it.