On this page of our guide to Void Bastards we have comprehensively described how to deal with turret towers and Secbots, i.e. the main varieties of security machines. You will learn how to effectively get rid of turret towers and robots by destroying, reprogramming or disabling them. 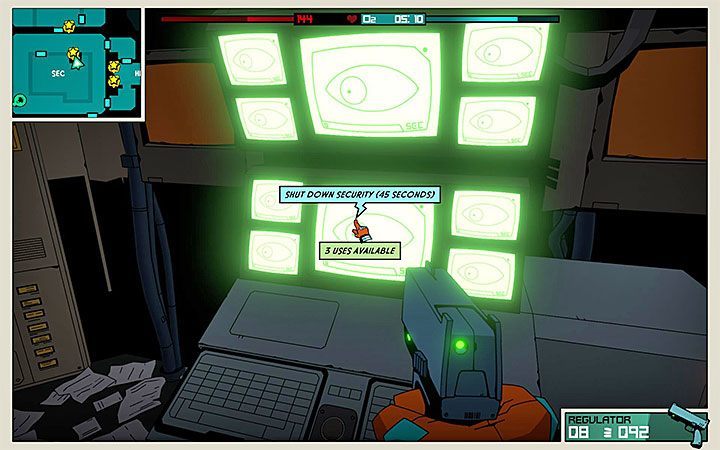 Disabling protective systems throughout the ship is the best way to solve the problem with towers and robots that might otherwise prevent you from comfortably exploring the surroundings.

Find the SEC room on the ship where the main security computer is located. You have two options here:

Some visited ships have security systems disabled by default (as one of the special features). In such situations, you can completely ignore the use of the SEC computer.

Destruction of the turret towers 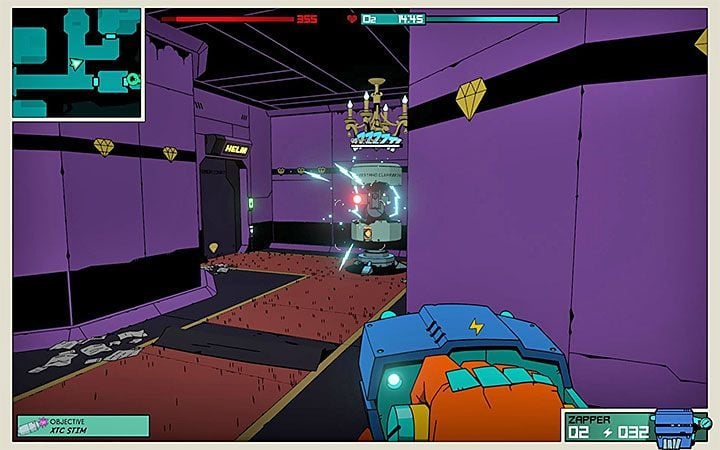 If you have plans to destroy the turret, we recommend that you start by using the Zapper gadget. It'll temporarily immobilize the tower. You can use this to destroy them in any way, or if you don't have it or don't want to spend ammo you may peacefully bypass such turret tower.

If you start a mission at a station without electricity, you can use this opportunity and easily destroy inactive towers or Secbots. 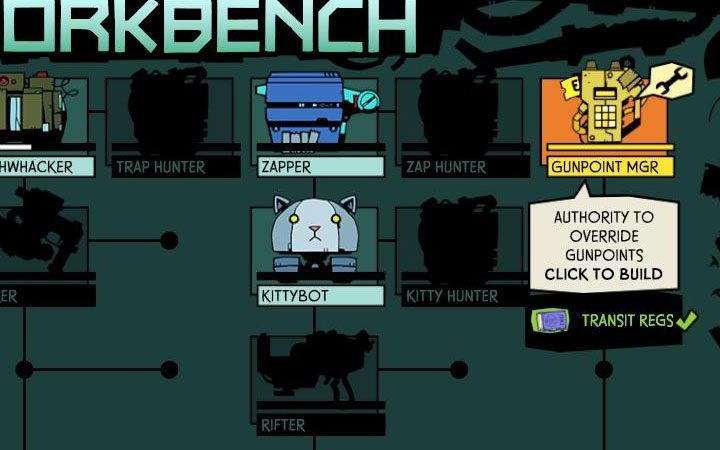 The default option of reprogramming towers is unavailable. To unlock it you need to purchase the Gunpoint MGR project available in the workbench menu. It lets you use a Transit Regs, which can be crafted or found as a loot. 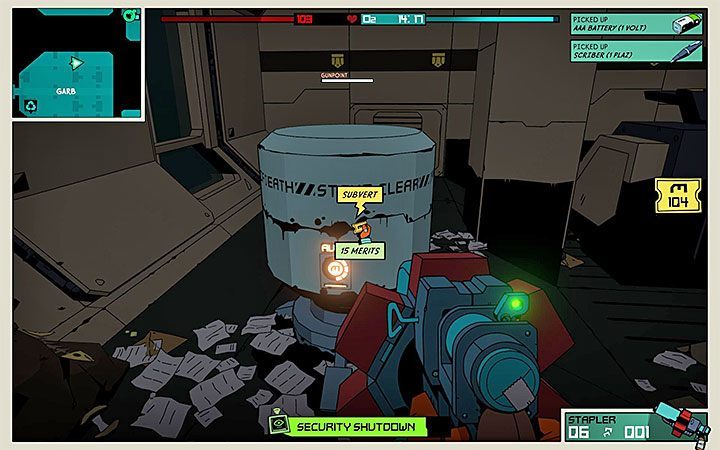 Before attempting to gain control of the Gunpoint turret, try to electrocute it (Zapper) or temporarily disable it (SEC computer). Find an interactive terminal and pay for the procedure. By default, the price is 15 credits, but it can increase in the rest of the campaign. 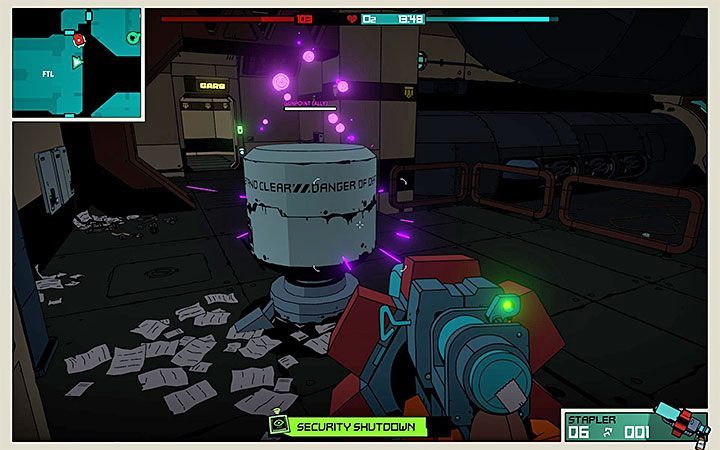 Correctly reprogrammed towers have purple color. It will attack all enemies in the vicinity until it gets destroyed (turrets are not very durable). 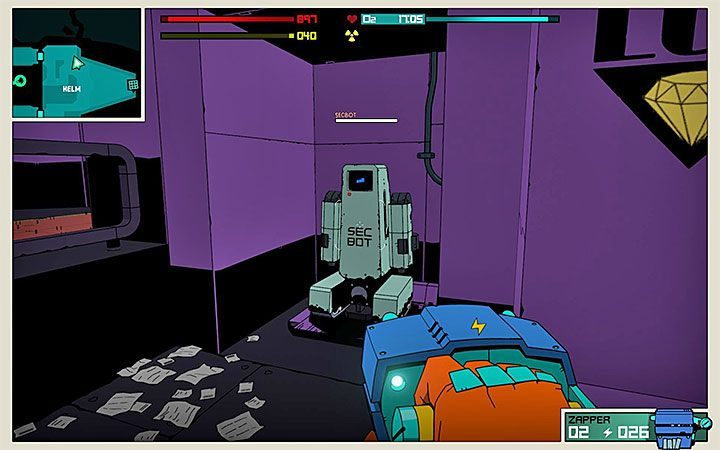 Secbots are more serious problem than the turret towers. These robots can move and patrol the station after they get switched ON. They deal a lot of damage and have strong armor. 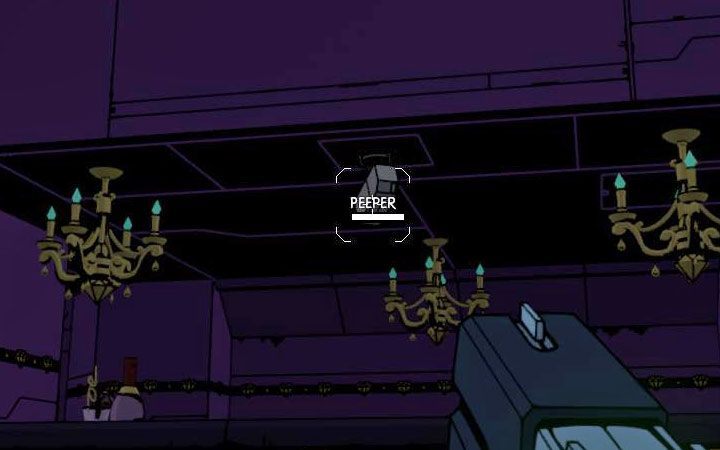 By default Secbots are inactive. The most common reason for their activation is the initiation of alarm on the investigated ship. The problem can be dealt with in two ways (we're not counting in the sabotage of the entire security system): 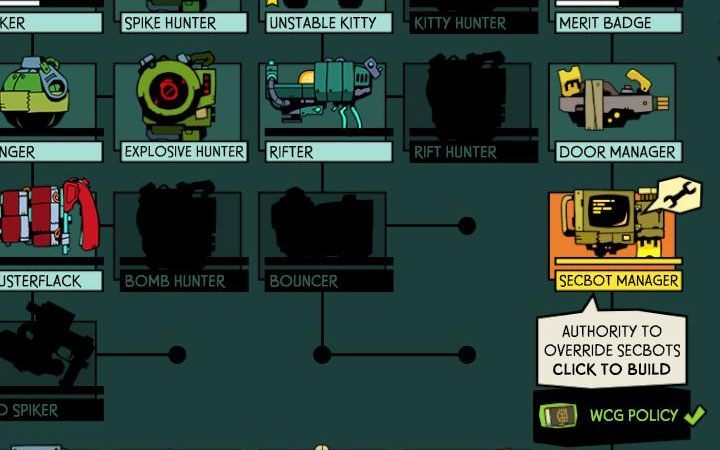 In the further part of the game, you will be able to get Secbot Manager project (requires WCG Policy part). Get it as quick as possible. With it, you can reprogram robots in the same way as stationary turrets. However, the "hacking" itself can be much more expensive.