This page in our guide to Void Bastards focuses on more challenging enemies. We have provided several useful techniques to eliminate all the enemies listed here. Thanks to these methods, you will be able to kill (or avoid) them with greater ease.

How to deal with Screw? 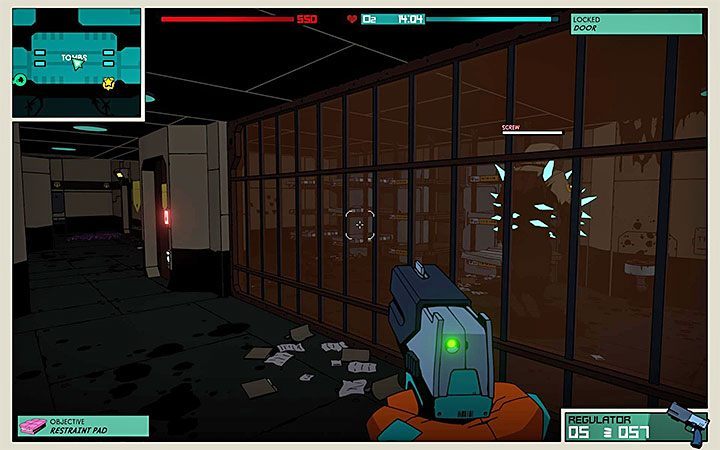 Screws are the most powerful and problematic enemies during the early stages of the game. Try to avoid them either by running away from these enemies or by choosing other passages.

Bushwacker traps are very helpful in damaging a Screw - these traps deal more damage than the starting pistol. Another way of dealing with a Screw is to lure it to a room, leave it fast and lock the door immediately. That Screw will be trapped (see the picture above).

How to deal with Spook? 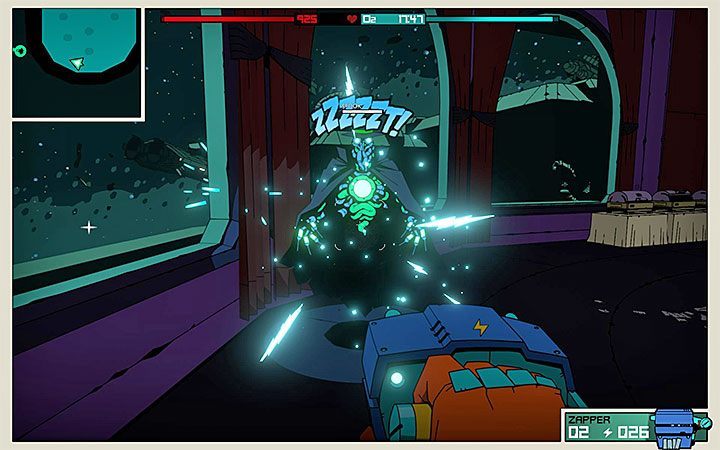 This is another challenging enemy encountered during the early stages of the game. As for the Spook, the damage dealt by this enemy isn't the problem. What makes this enemy problematic is the Phase ability which works like teleportation. Spook will use this ability shortly after you attack it. You can solve this problem in three ways:

How to deal with Patients? 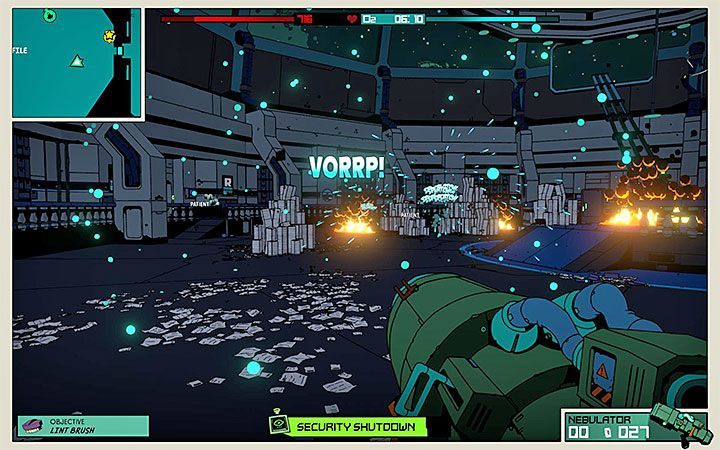 Patients are a flying cluster of heads. The appear a bit later in the game. This means that they are more challenging to kill than a Screw or a Spook. Don't use a pistol or any other weapon that shoots single bullets. There are two good methods of killing Patients:

How to deal with Zec enemy type? 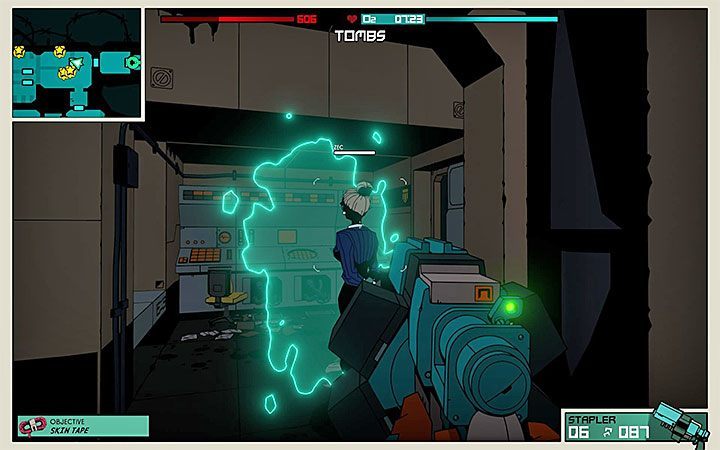 Zec are female characters who are shooting at you while protected by energy shield. Do not try to destroy this shield, because even if you use stronger weapons, the idea is doomed to failure. Don't stand still, either, as Zec can also launch strong distance attacks in addition to hiding behind a cover. The best way to get rid of Zec is to sneak up on them from the flank or back (don't run to avoid being heard!). If you succeed, then use some powerful weapon to carry out the attack by surprise. You will have the confidence that Zec will die before he has time to turn around.

The alternative is to rely on grenades. You can aim them so that the grenade thrown over Zec will fly over Zec and find itself behind it. The explosion can weaken it or kill it.

At the end of the campaign, you should bring a Scrambler for missions where Zec opponents appear. You can hit and pull them even if you are separated by a protective shield.