How to replenish oxygen supplies? 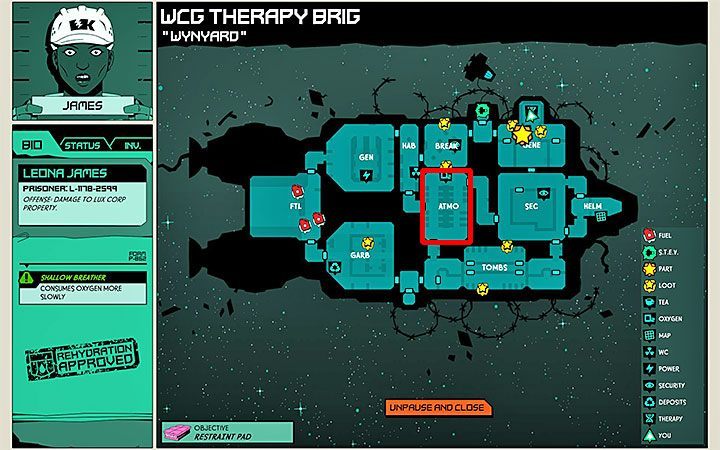 The oxygen meter is displayed at the top of the screen. By default, oxygen supplies lasts for 7 minutes and 30 seconds. This is very little time, especially if you go to explore one of the bigger ships.

Oxygen supply can be extended by visiting an Oxygen Station. Open the ship's map and look for ATMO room - an example is presented in the picture. It is worth knowing that these rooms aren't on every ship. If you do not see an ATMO room on the map, all actions must be performed within the "starting" time limit. 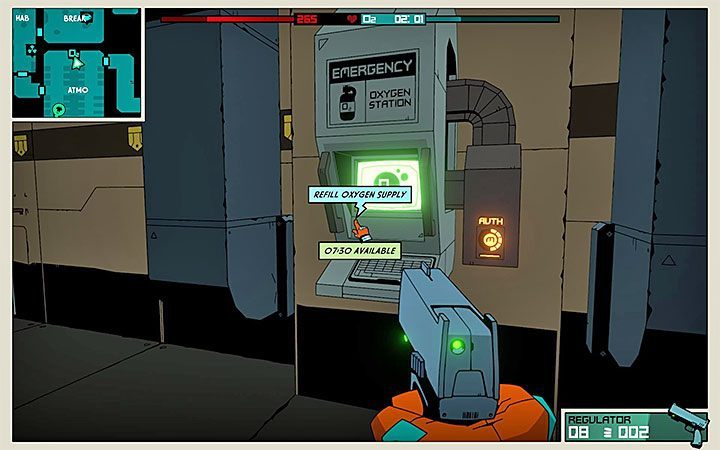 After reaching an Oxygen Station, interact with it to replenish all your oxygen supplies. You should know two things:

How to increase oxygen reserves? 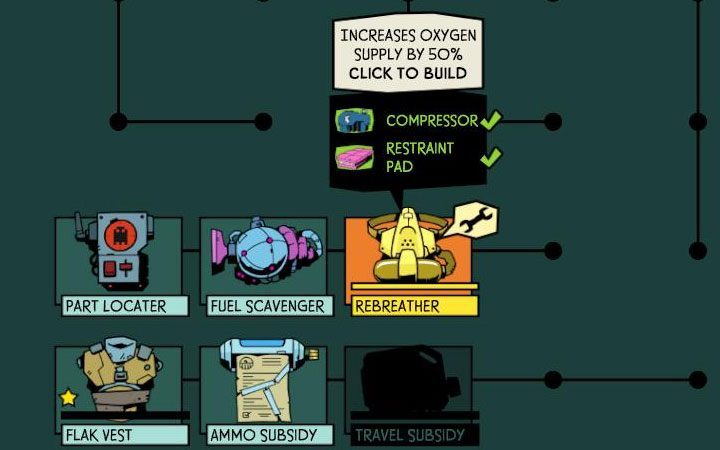 Oxygen reserves can be increased permanently by visiting the Workbench and unlocking the Rebreather blueprint. Its effect increases the maximum amount of oxygen by 50%. In order to buy this project you need: 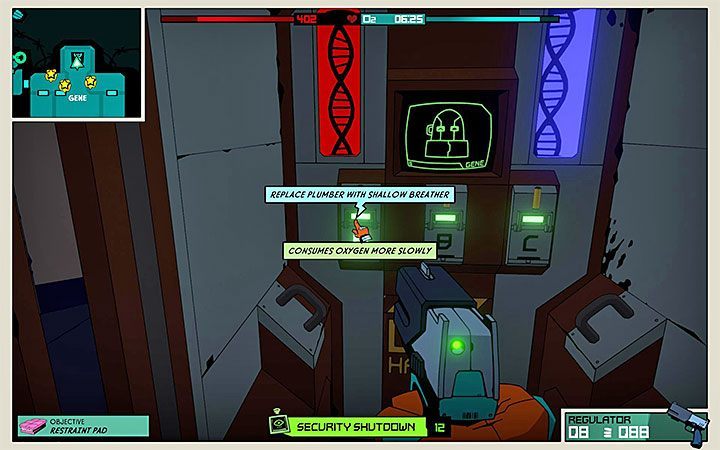 Another way to increase the supply of oxygen is to get Shallow Respite trait. Its effect is also to increase the maximum supply of oxygen. A trait is one of the statistics of the characters, so it applies only to the current prisoner. After their death, another prisoner will no longer have this trait (until it gets obtained again).

You can draw Shallow Breather trait when you get a new prisoner. In addition, it is possible to get it after entering Gene Twister object on the nebula map or after finding GENE room on the ship you are exploring. There, you will find a machine that allows you to add or remove traits. The Shallow Breather trait can be among the three available in the machine.