This page of the Valheim game guide contains advice on developing your character's skills. You will learn how to acquire new skills and how to improve them. Additionally, we will explain how death affects your skills.

RPG elements are a video game staple and they appear in many different genres. Valheim also makes use of these features. This includes a skill development system that is somewhat reminiscent of the The Elder Scrolls series. 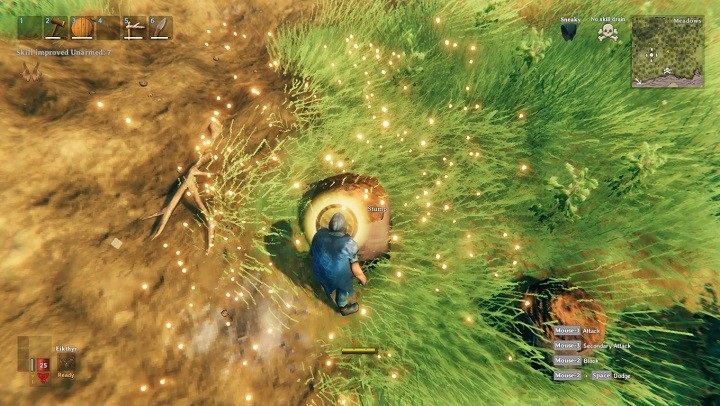 Developing your skills in the game is fairly straightforward - they improve with use. Every time you use a skill (consciously or not), you gain experience in that area. 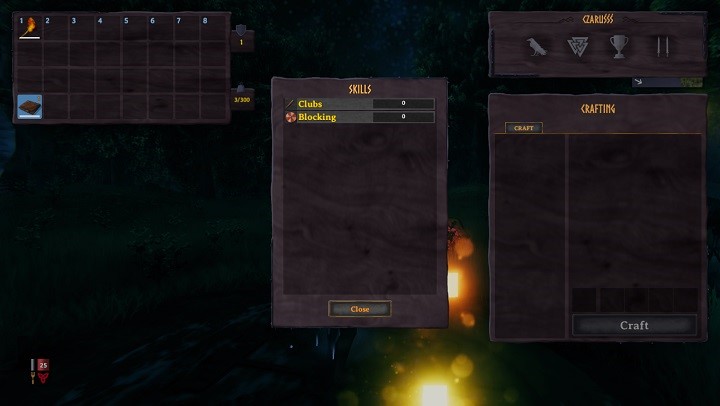 There are 15 skills in the game, but you won't be familiar with all of them at the start of the game. When a freshly created character enters the world of Valheim, they only have 2 skills unlocked: "Clubs" (an offensive skill) and "Blocking" (a defensive skill). All others skills are discovered through use (e.g. running or swimming) or by acquiring the corresponding recipes (e.g. swords).

Most skills can be acquired without taking much risk. For example, you can improve your unarmed combat skill by punching stones instead of opponents. The same is true for weapons. The pickaxe is a unique case, as you can increase its damage by either digging in the ground or attacking enemies (though it's hardly the default murder weapon in the game).

Keep in mind that hitting stones with an axe increases your "Axes" skill level, but chopping wood only affects the separate "Wood cutting" skill. 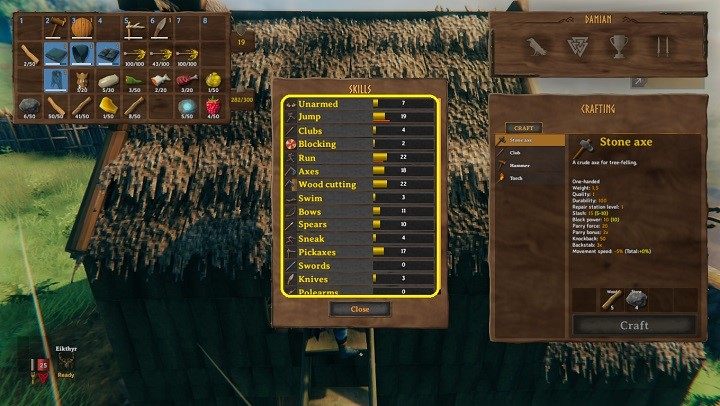 Valheim has a rather unusual approach to death mechanics. When you die a heroic death from falling off a roof or being crushed by a wooden log (and sometimes because of an enemy), your items will remain completely safe, but you will lose some proficiency in the skills you have honed. 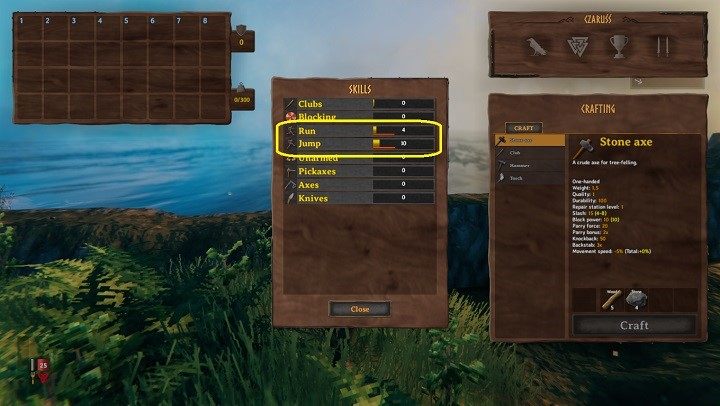 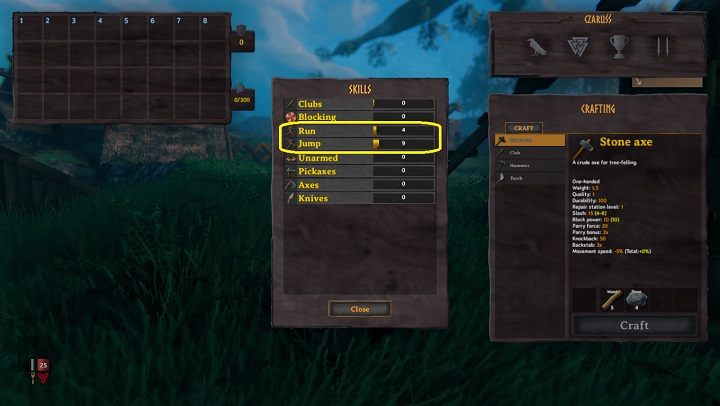 Dying takes away some of the levels you have earned, but the exact number is variable. However, particular skills won't decrease by more than 1 point. Additionally, the progress bar of each skill resets upon death. 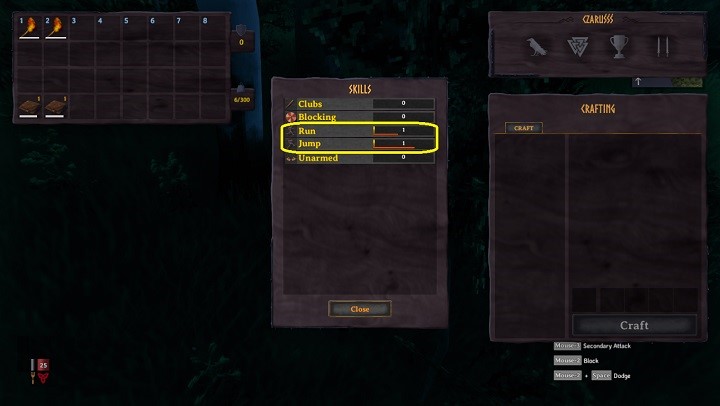 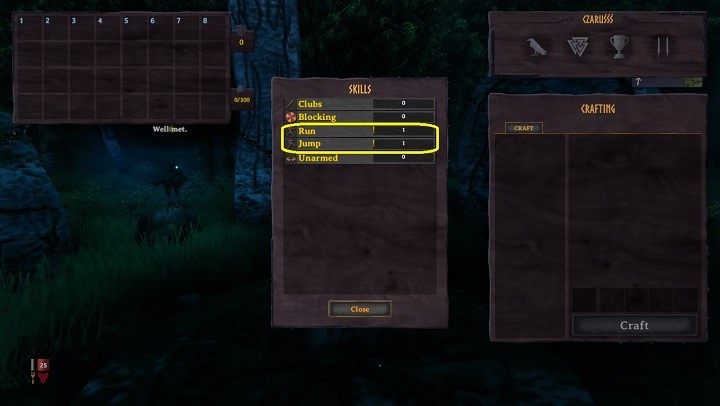 There is a chance that you won't lose any skill proficiency if you only have a few skills unlocked, and the "side effects" of death will be limited to losing your current progress. 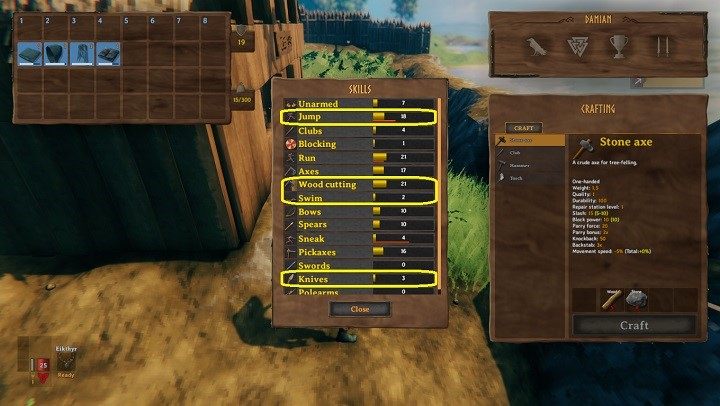 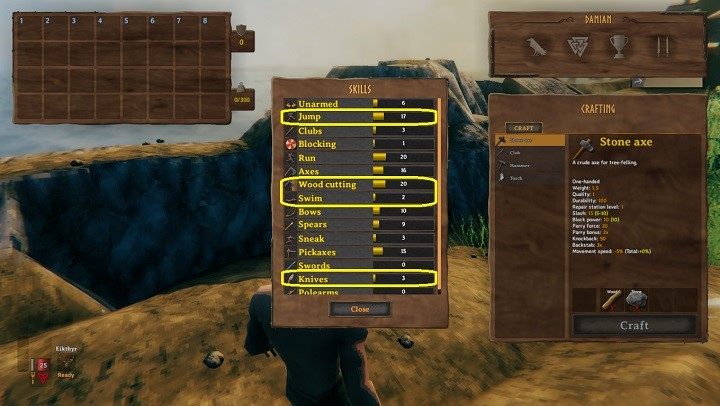 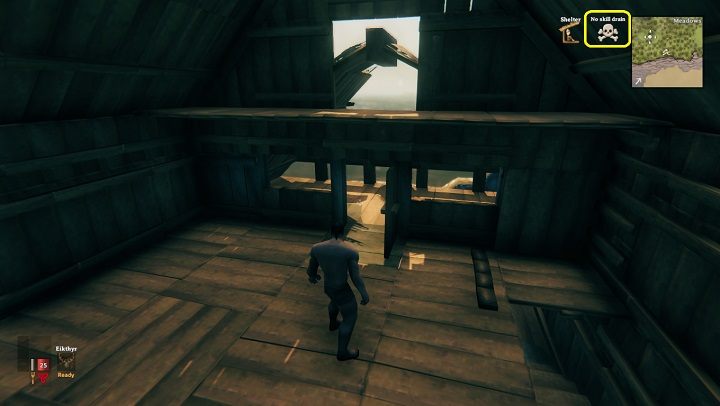 Fortunately, you get the "No skill drain" status after you die, preventing any negative consequences of death for the next 600 seconds, which gives you a chance to safely recover your items.