On this page of the Valheim guide, you will find tips on how to fight the first boss - Eikthyr. You will learn what tactics to use during the fight and how to prepare for it. We also inform you what rewards await you for beating the boss.

Eikthyr is a large deer with chains hanging from its antlers. This is the first boss you have to defeat in Valheim. "You must" is very appropriate here because thanks to the monster's bones, you will be able to create the first pickaxe. This useful tool will open up a whole new world of mining and crafting.

Interact with the stone with transcription next to the place for hanging Eikthyr's trophy. After reading it, a marker will appear on your map indicating the location of the altar dedicated to this creature. 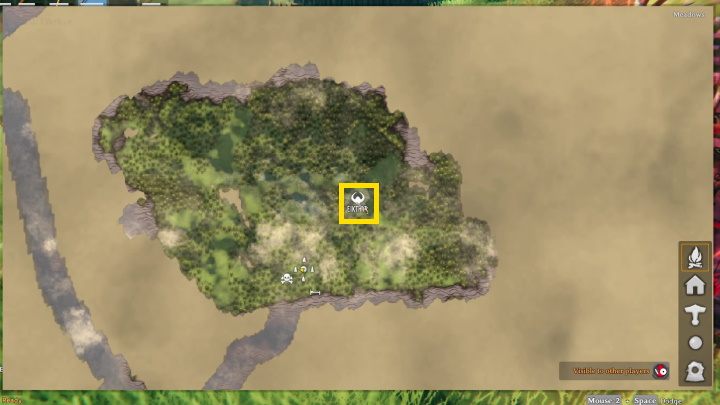 To summon the most powerful of deer, you must have 2 trophies of its smaller brethren with you. Unfortunately, they drop quite rarely, so be patient. Deer are best hunted with weapons that you want to use against the boss – this will increase your skills in wielding them. 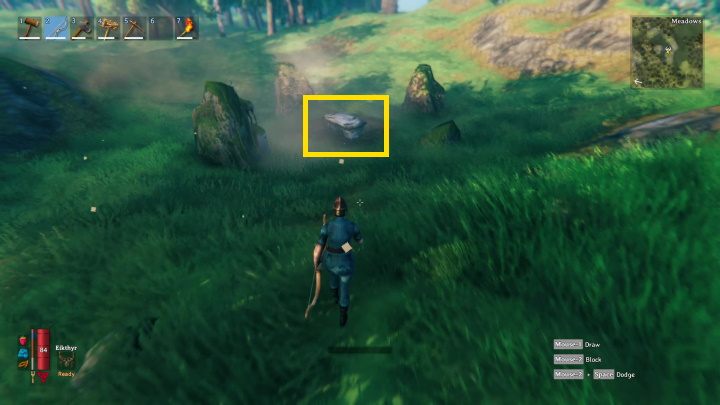 The fight with Eikthyr will probably be your first major battle. As this is only the beginning of the game, it is very likely that you will carry only basic equipment - a wooden shield, a flint spear, a crude bow, and clothes made of deer skins - but that should be enough. Before the fight, you should rest and eat a nutritious meal, or even 3 different ones - in the early stages of the game, roasted meat, grilled Neck tail, and raspberries/mushrooms are the easiest to get. Once you are prepared, you can go to battle.

Eikthyr attacks directly and from a distance. The boss can attack with antlers, often preceded by a charge (if you are standing far away). You can block them with a shield or dodge. The boss creates lightning bolts to attack from a distance – either avoid them or hide behind a cover. In addition, the opponent also uses lightning for area-of-effect attacks – they are indicated by standing on two hind legs, giving us time to leave the area. 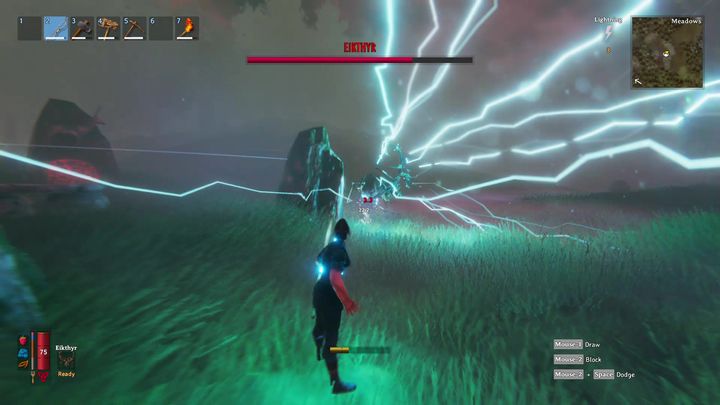 The fastest way to defeat the boss is with a spear, using the pauses between its attacks. A safer method, however, is to stock up on arrows and attack the enemy from afar. 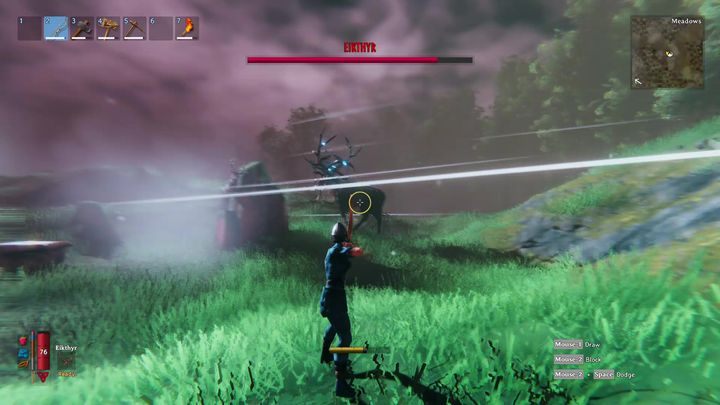 If Eikthyr defeats you, don't worry – you can fight the boss again. If you do it fast enough and don't give it a chance to regenerate, it will be weakened from the previous battle.

As mentioned in the beginning, the boss drops a bone that can be used to create the first pickaxe in the game. This gives you additional opportunities to obtain new resources and crafting schematics. 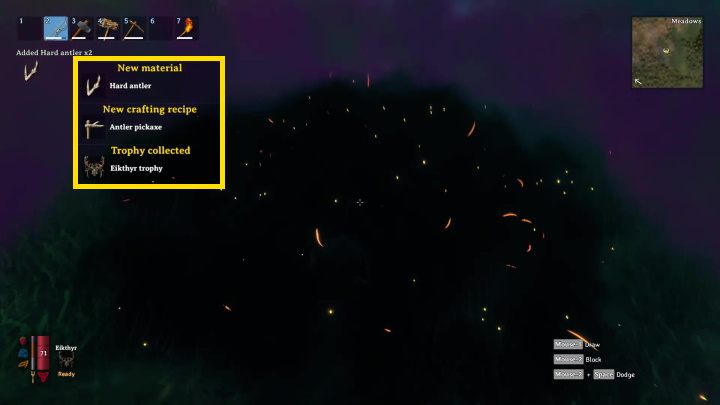 In addition, Eikthyr drops a trophy that can be hung above the fireplace, but it is much more useful to offer it to the circle. This will allow you to possess the special power of the boss. It makes you lose 60% less stamina while jumping and running - the effect lasts for 5 minutes and has a 20-minute cooldown.

The boss can be "farmed" indefinitely – remember to bring 2 deer trophies every time you want to fight this boss.