On this page of the Tunic guide, we will focus on the Fortress of the Eastern Vault location. You will learn its key features, the most important places, connections with other locations and microlocations, enemies living there, as well as a map of the entire area. 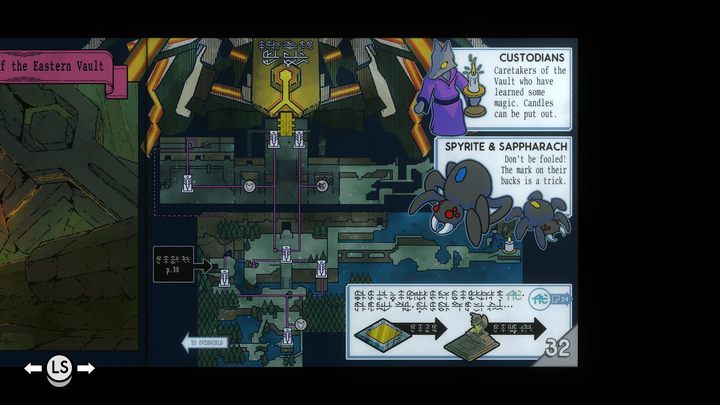 Fortress of the Eastern Vault (map above) is quite complex in terms of its structure, the map itself does not lead to too many places. The only thing that matters here is finding the path to the boss, that is, one of the three keys needed to complete the game. Before that happens, you will have to go through a veritable maze of cave and temple passages filled with enemies, treasure chests and, fortunately, quite a lot of shortcuts and checkpoints.

The main mystery of this location lies in the cuboids placed on it, the location of which you can see on the map. After you interact with all of them (more on this on the page: Hidden interactions and mechanics ), you will be able to move further into the location. Besides, remember that you will get back to the Overworld through the western exit located in the Fortress of the Eastern Vault.

Fortress of the Eastern Vault - Enemies 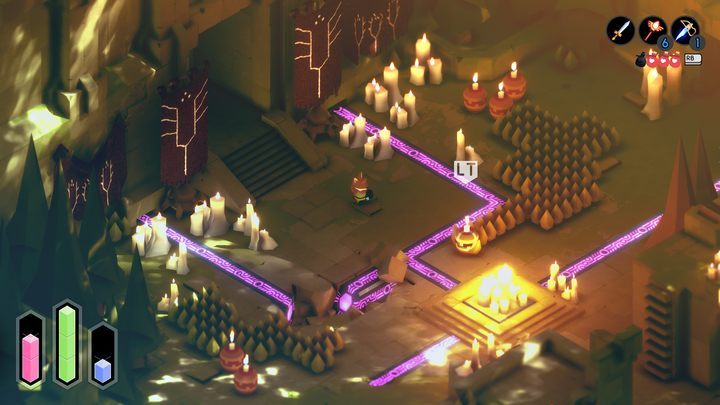 Fortress of the Eastern Vault is dominated mainly by the Custodians - both those who light the candles and mages who shoot from a distance. They appear in numerous groups. You will also find spiders and Slorms here . In the final phase of the game, space monsters appear in this area which multiply after their death, the name of which is unknown to the players. There is also a boss in this location, the Siege Engine, which blocks access to the key.