This is a mode dedicated to people who enjoy being challenged. We recommend playing it together with your friends. This page of our Tower of Fantasy guide describes the Void Rifts co-op mode.

How to start the Void Rifts mode? 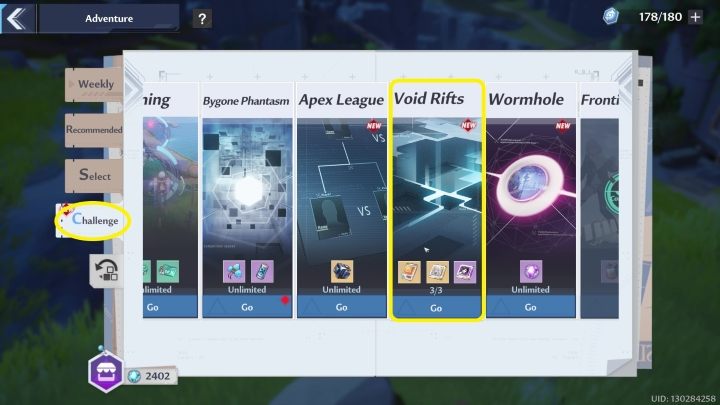 To start the Void Rifts mode you must first enter the Adventure menu (upper-right corner), then the Challenge tab. You'll learn more about the Adventure menu on a separate page. You must be at least level 35 to access the challenge.

You can play Void Rifts up to 3 times in a row. Every Monday, Wednesday and Friday you get another attempt, but you can only store up to three attempts at once. 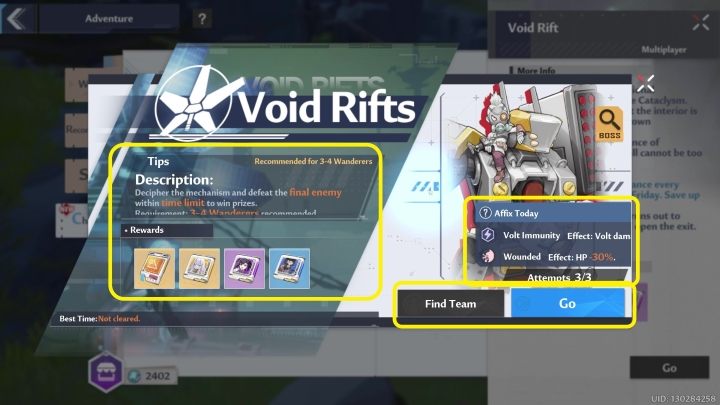 Starting the mode displays the menu pictured above. On the left you'll find tips and rewards you can get for succesfully clearing the mode.

On the right you'll find additional effects which will affect the next run. Underneath there are two buttons you can use to begin your attempt - Find Team lets you find allies manually, Go matchmakes them for you.

Due to the high difficulty level, we recommend playing with friends if possible. This will let you communicate during the run and coordinate better. 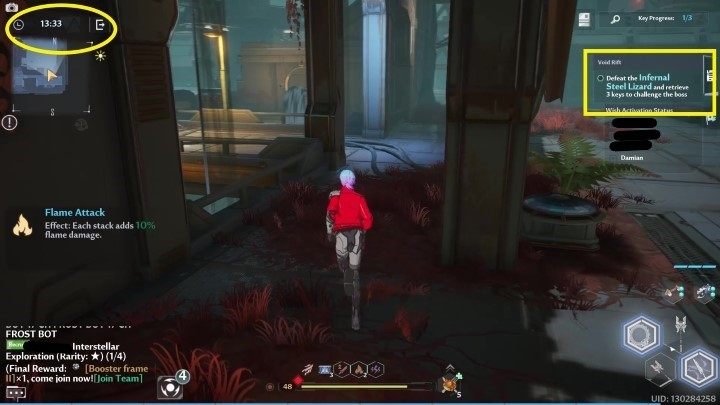 Your first objective is collecting three keys. They're being held by elite enemies scattered around the map (upper-right corner of the screen). You don't necessarily have to beat every regular enemy you encounter. Remember you're on a time limit displayed in the upper-left corner, so don't dawdle for too long. 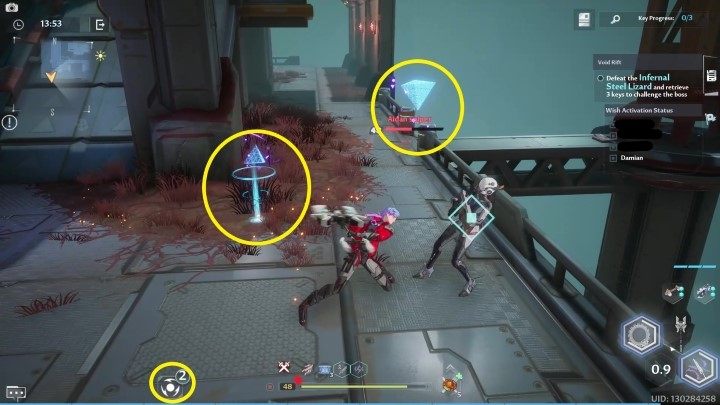 Collecting keys isn't your only goal - you also need to acquire buffs. You can find them lying on the ground or held by enemies with blue icons above them.

You can see the number of collected buffs at the bottom of the screen, left to your health bar. Managing them is very important, as they grant bonuses not only to you, but to your entire party. 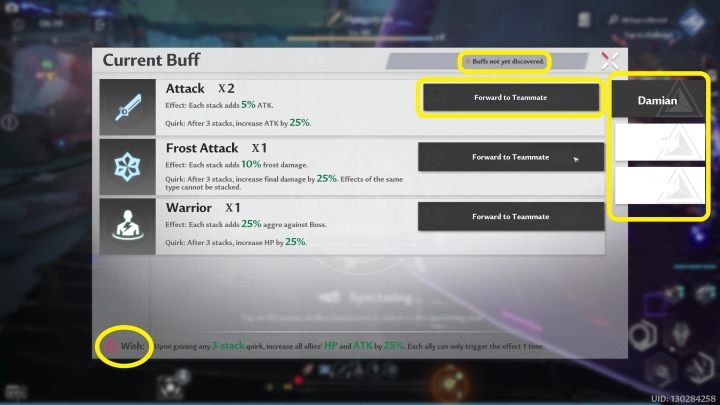 Buffs can affect different stats. Give away those you don't need with the Forward to Teammate button. As an example, if you're playing as a melee DPS and get a healing buff, give it away to your healer.

You can view the buffs acquired by your party members by using the tabs on the right. The number of buffs not yet collected is displayed at the top of the tab.

Distributing buffs equally is also important due to the Wish mechanic, described at the bottom of the screen. If you or your teammate collect three identical buffs, the entire team will be awarded with a massive stat boost! Each party member can only activate a Wish once. 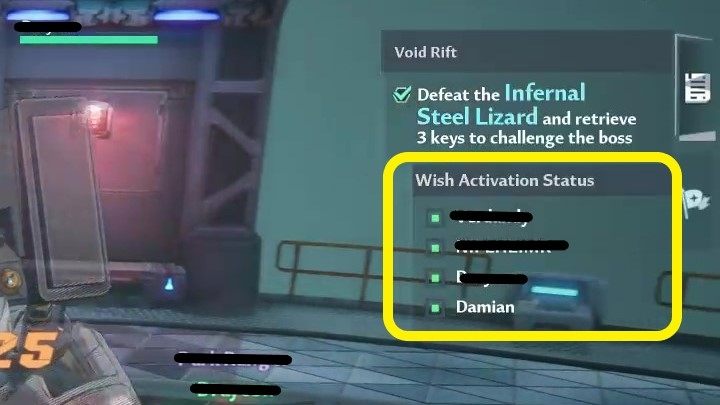 You can see the Wish statuses in the upper-left corner of the main screen. If the tiny light next to your ally's name is green, this means their Wish is active. 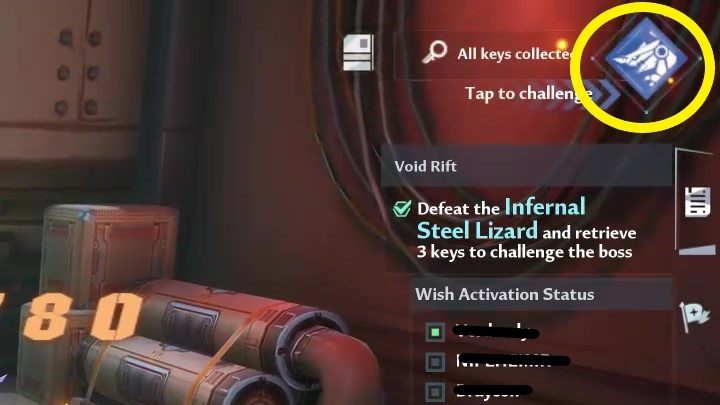 Once you've gathered all three keys and gathered enough buffs, it's time to challenge the boss. Press the button in the upper-right corner of the screen. You need good coordination and synchronization with other players. Each player teleports to the boss on their own, so it's important you all press the button at the same time. 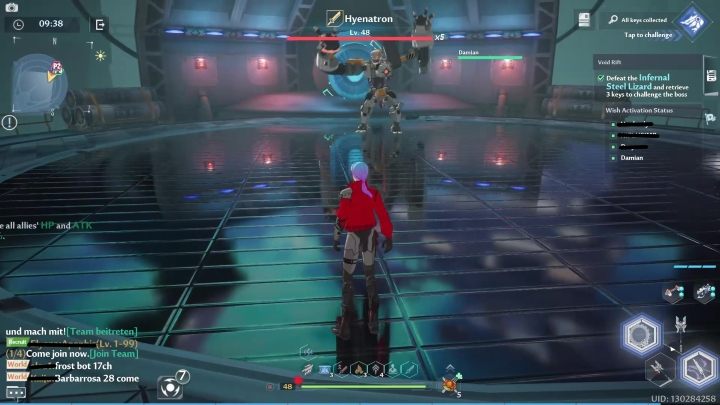 The end boss is always very challenging. They're much more powerful than other enemies encountered in Tower of Fantasy, comparable to World Bosses. Prepare well and share your buffs with other players, so that every team member has their Wish active during the final fight.