Game guide to Total War: Three Kingdoms is an extended book of knowledge that explains all elements, mechanics and components of this strategy game. First sections of the guide consist of Starting Tips and detailed description of Game Mechanics, where we have provided the basic information useful at the beginning of your adventure in the latest installment of Total War series. There are, among other things: chapters describing the mechanism of public order and corruption, info about diplomacy and trade, the differences between Story and Archives modes. Also, we have prepared a set of tips that will help you maintain a powerful and well-functioning economy. Moreover, the guide contains a detailed description of all the factions available in the game, along with their special properties, characteristics and differences relative to others, as well as information about their leaders. In the guide, we have prepared valuable advice for smooth map navigation, leading battles and sieges, taking care of army condition. Also, you will find info about unique game mechanics introduced in Three Kingdoms like the Guanxi system.

Our guidebook has an extensive FAQ section that contains answers to the most difficult questions and problems that may occur during your adventures with this title - the methods of restoring losses in the army, methods of struggle against state policies and corruption, how to unlock new abilities for generals to cope with specific types of opponents. We have not forgotten about gameplay tips - battles with specific factions, ways to quickly gain experience, expand the occupied territories or an effective recruitment of troops. As usual, our guide is enclosed with the Appendix section, which includes chapters describing system requirements, controls and a comprehensive trophy/achievements guide.

Total War: Three Kingdoms - is the latest installment of the popular strategy game series, which takes players to ancient China, a time when the great country was divided into three competing kingdoms. The latest installment of the popular strategy series puts more emphasis on the artistic aspects, giving the player's and AI fractions a lot more depth. In terms of mechanics, Three Kingdoms develops aspects known from previous parts, dividing the entire gameplay into two stages, taking place on the world map, in a turn-based system, and in real-time battles. The latest part of the Total War series introduces several new mechanics, among other things: the Guanxi system whether the ability to adjust the degree of realism of the game - Archives reminisce old parts of the series, where the generals were supporting troops. Stories introduce generals as powerful units with paranormal phenomena and superior abilities that enable them to eliminate whole units. This has already been presented in both parts of Total War: Warhammer. Players can play in a campaign mode, individual battles, as well as in multiplayer mode. The newest installment of the series is powered by an engine capable of generating a beautiful, very attractive and full of details video graphics, and fun is brightened by atmospheric music, which creates the atmosphere of ancient China.

Before starting the game, we recommend that you read the following starting tips - they explain the most complex aspects of the gameplay and will be useful for both beginners and more advanced players.

Here you will find chapters describing the basics of the game and more advanced gameplay mechanics. In this section we have explained public order and corruption mechanics, how to obtain food and its impact on the economy, the differences between Story modes and Archives, and the game interface.

In this section of our guide you will find chapters describing the factions that are present in the game, along with their characteristics, differences relative to other factions, as well as the faction leaders and the unique mechanics associated with them.

In this part of our guide you will find chapters describing all the issues related directly to the military - from training and recruitment to army maintenance and unit replenishment. We have prepared information about types of soldiers and how they gain their experience on the battlefield.

Frequently Asked Questions (FAQ) section contains answers to any questions that may arise during your experience with the latest part of Total War series. Here you will learn, among other things, how to make up for losses in the army, how to quickly increase the amount of money in the state treasury or the level of public order. Also, you will learn how to increase the limit of units in your army.

This is the closing section of our guide which contains information about controls, system requirements and also a trophy guide that contains info how to unlock every achievement in the game. 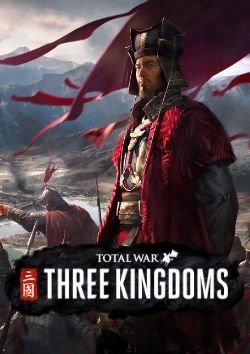 The twelfth main entry in the Total War series of strategy games. For the first time in history, it takes the players to the ancient China, to the times when the country was split into three rival kingdoms. The title combines traits of classic RTS and turn-based strategy game.

Total War: Three Kingdoms for PC is a hybrid of turn-based and real-time strategy games. It is another entry in the popular series, Total War. Creative Assembly, a British studio founded in 1987 that specializes in strategy games, developed the game. The title was distributed and published by Sega.

Total War: Three Kingdoms for PC starts in year 190, during the final ages of the Han dynasty. Its downfall led to the division of the empire into three rival kingdoms. It is one of the more important eras in the history of China. It was thoroughly described in the novel from 14th century Romance of the Three Kingdoms. This book was very influential and remains popular in the Eastern Asia to this day. It inspired many other video games.

The PC version of Total War: Three Kingdoms focuses on the division of the Empire and the internal fight for influence between powerful families and factions. They are supporting or opposing the merciless rules of Dong Zhuo who fully controlled the actions of the last, young Han emperor. During the game two aspects are important  military strength and the diplomacy skills needed to act in the chaotic world of Chinese politics.