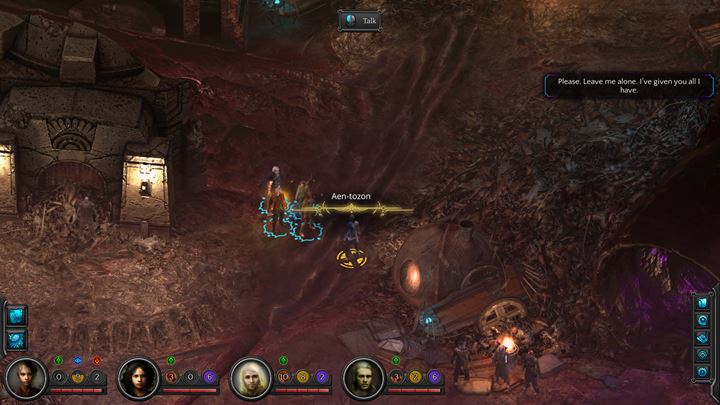 Talk with the being so that Rhin can create a bond

If the girl has accompanied you to Bloom, you'll finally be able to help her find her way home. Visit Small Nihliesh to meet with Aen -Tozon. Once you're through with the conversation, Rhin will want to discuss some matters with you. The girl will ask to speak to the being again. Agree, and allow Aen-Tozon to open the maw. You can order one of your companions to open the maw (he'll be lightly wounded) or use the Transdimensional Scalpel. 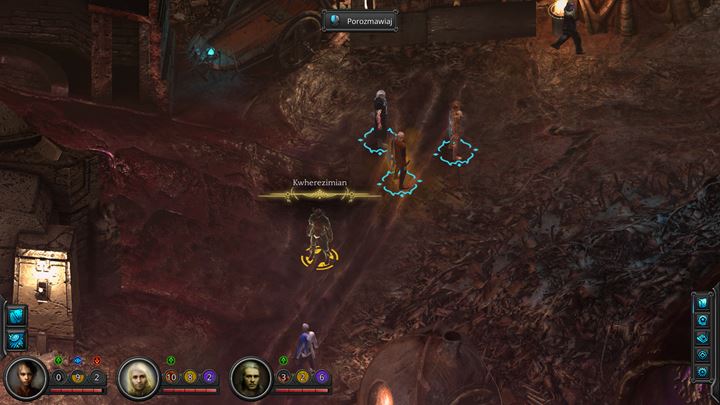 Open the maw - another mysterious character will appear

The action will result in appearance of a new character named Kwherezimian. Talk with him and say that you are unable to read people's tides to receive a +1 to Tidal Affinity. Talk with Aen-Tozon and ask him about his connection with Rhin. Once again he'll ask for a sacrifice - use the Transdimensional Scalpel to create a small passageway. You'll be able to send Rhin back to her home. Say goodbye to the woman - you'll receive an item, while Rhin will promise that one day you'll be able to meet again. After a sad and heart-throbbing goodbye, Rhin will leave the party. 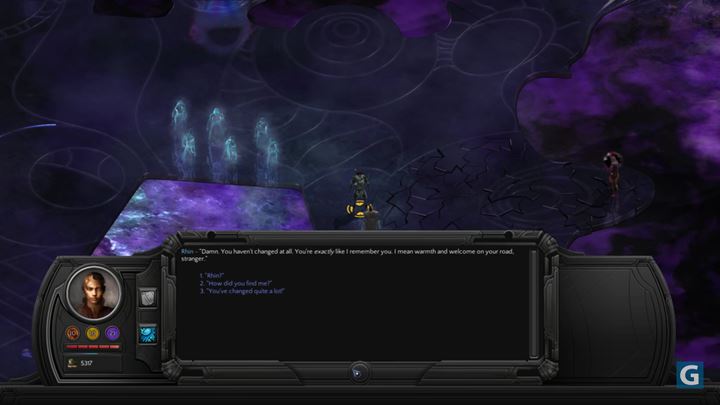 Unexpectedly... Rhin had decided to fulfil her promise! The woman will appear practically at the end of the whole game, before the showdown in The Calm. She will appear as an adult woman and a much more powerful hero with new abilities. Definitely consider adding her to the party.