You can recruit up to three additional companions to your party. There are six characters from which you can choose. Each of them has their own moral code and unique way of interacting with you and other party members. Additionally, later in the game each character receives unique quests that enable you to learn more about them and their past. Below is a list of all characters you can recruit with a short description and information about their usefulness: 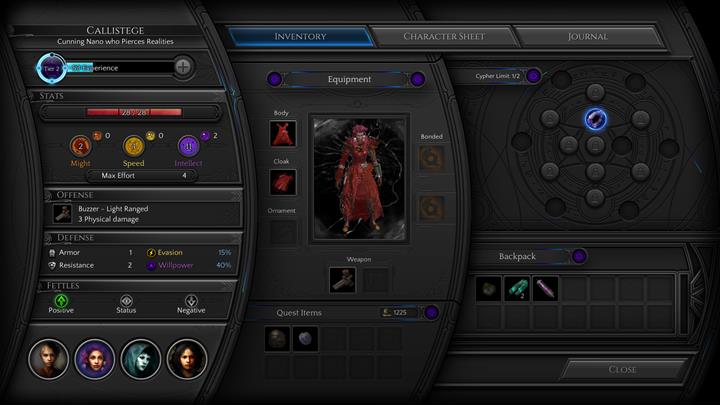 Short description: Callistege is a nano. She is a woman who used to experiment with dimensions and time. The consequence of that is that her existence has been split into many planes of different dimensions. She is cynical, calculating, amoral and manipulative. Her true intentions are a mystery, although she is fascinated by the main protagonist.

How to recruit her: She joins the party soon after the prologue. However, you will need to choose whether you want her or Aligern.

Usefulness: Callistege is a powerful spellcaster and a perfect addition to the party. With her numerous multidimensional reflections she can avoid damage and enter various planes. She is a strong foundation for the party and you should definitely have her or Aligern in your party. 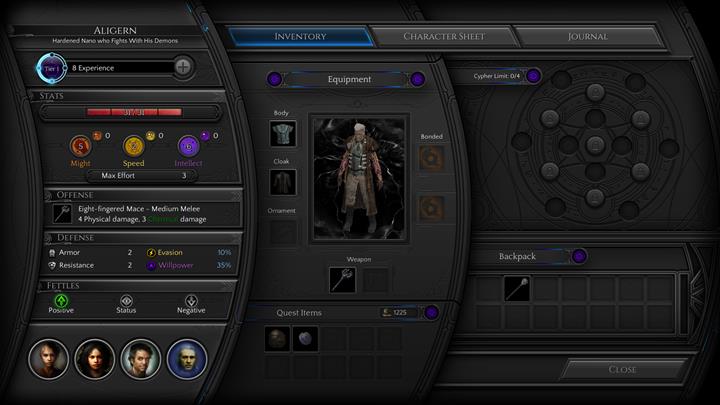 Short description: Aligern is a Nano, a man with a mysterious past, and a fallen priest. His body is covered with mysterious tattoos that are source of great pain and great power. He has a strong moral code, although he doesn't particularly despise brutal solutions - he is as effective in magic as in melee combat.

How to recruit him: He joins the party soon after the prologue. However, you will need to choose whether you want him or Callistege.

Usefulness: Aligern is a very solid choice for every party. His skills and tattoos will support him and the whole party. The man is also good at fighting in the first line. It is a versatile and interesting companion who additionally heals others. 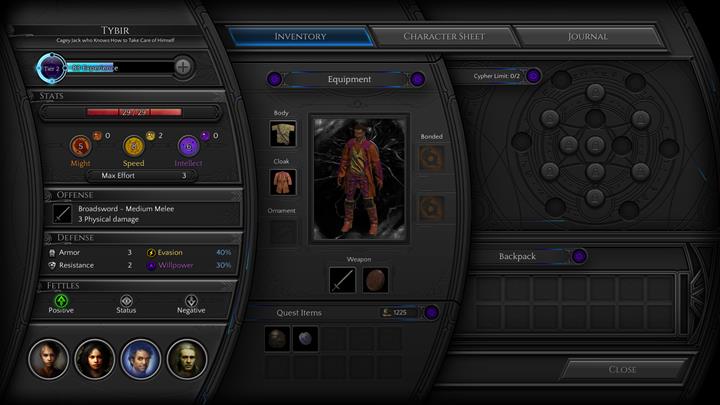 Short description: Tybir is an old mercenary with a heart of gold and a habit of getting into trouble. He survived many interesting adventures about which he is eager to talk about. He avoids conflict and prefers to use his charisma to get out of danger. In combat he prefers to use fast weapons and shields.

How to recruit him: You can recruit Tybir to your party after completing the quest Stay of Execution.

Usefulness: Tybir is a Jack. He uses light weapons. In combat he prefers deception, confusing enemies and convincing them to focus their attacks on him. You can make him a typical tank, who will lure the enemy attention away from weaker characters. However, there are characters that are more worthy of place in your party. 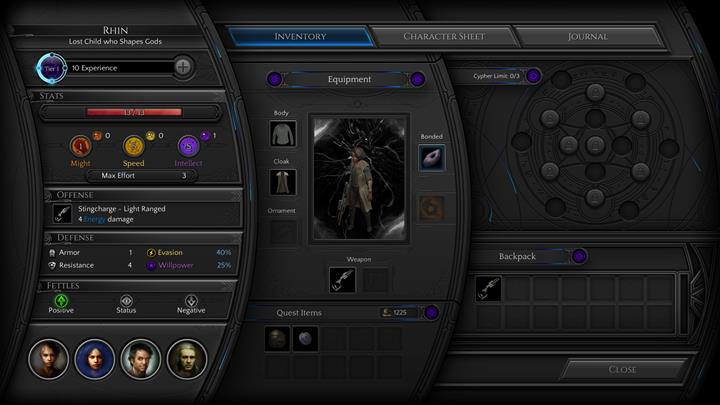 Short description: Rhin is the most mysterious of all your potential companions. The girl has great gaps in her memory and often acts very strange. When she has spare time, she speaks with pieces of rocks that she keeps on herself. She believes these rocks to be gods.

Usefulness: Rhin is a child. Her combat abilities are low. She is pretty much useless in combat, as all she can do is disappear. She has low general statistics and is a story-focused character. She is an interesting choice, especially later in the game. You should give her a chance, but remember that she isn't a full-fledged party member. If you want to focus your party on raw power, you shouldn't select her. 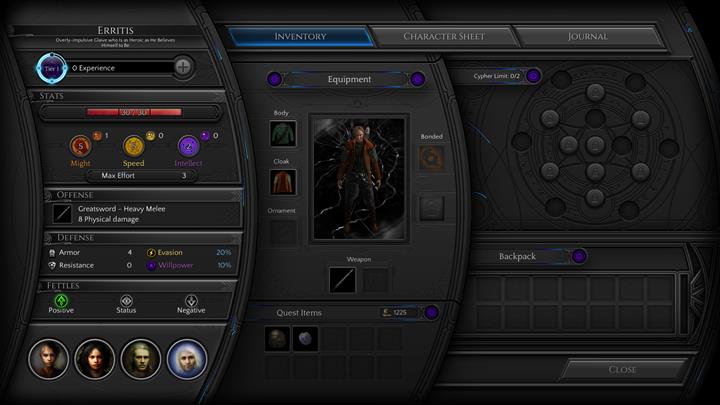 Short description: Erritis is a hot-blooded, impulsive warrior who loves danger. He is eager to perform heroic act, isn't afraid of challenges and he wishes to die a heroic death. However, under the mask of smile and determination he hides a secret curse.

How to recruit him: The man is standing idly in Cliff's Edge - simply speak to him and tell him to join you.

Usefulness: Erritis is a very strong warrior who frequently deals critical damage. He wears armor and a heavy weapon. This makes him perfect for standing in the first line. It is a great choice for a companion - he is strong, he will protect weaker party members and he will deal great damage. He is very useful member in any party. 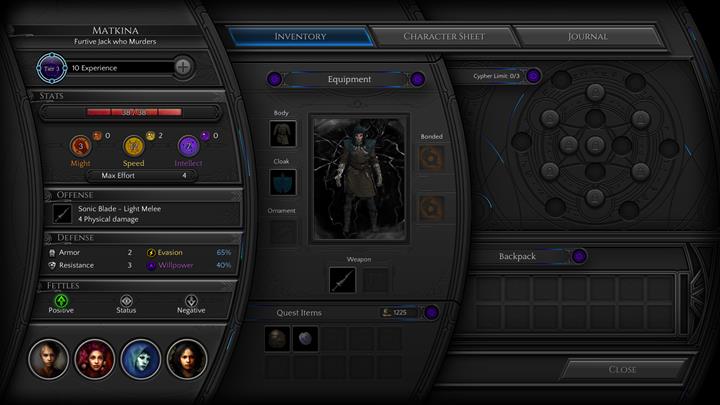 Short description: Matkina is a very dangerous assassin. She specializes in fast and precise attacks. She is perfect for melee combat, as she can quickly jump towards the enemies and confer negative fettles. She hides a mysterious past, but there's a sensitive woman hiding behind the cold mask.

How to recruit her: The woman will appear at the end of the quest The Cold, Calculating Jack. You can recruit her after the conversation in her hut.

Usefulness: Matkina is one of the best options related to character recruitment. She is versatile, perfect for combat and she has great story behind her. Her mobility, jumps and other interesting abilities are great for battles.