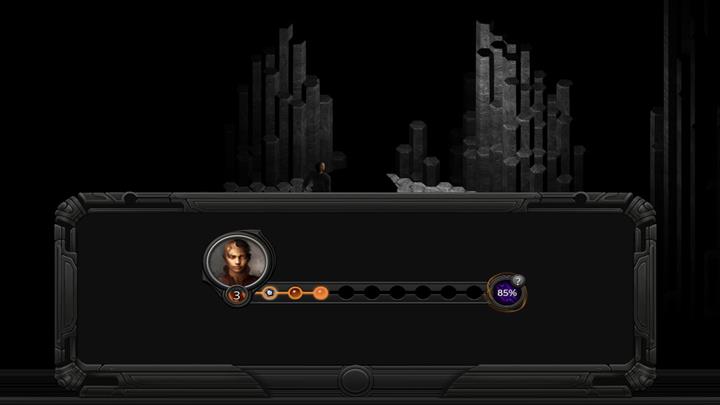 You can choose how many points of the given attribute will be spent in an attempt to increase Effort - the percentage describes the chance of success.

The gameplay will often see you perform special actions, or interact with various items or characters. Your hero has three point pools - might, speed, and intellect - which can be spent to increase your chances of success during the given activity. Effort is used in almost all of the interactions with the game world, including:

The game calls this mechanic as making effort. Don't be afraid to lose - the outcome of a failure is often more interesting than that of success.

You can see the amount of Effort (Max Effort) below the main attributes in your character's tab - it shows how much effort the current character can spend during special actions. The amount of effort can be increased when you advance to a new level.

Remember: Hero's proficiencies (symbolized by small orbs attached to the attributes) can lower the overall cost of the current effort by increasing the probability of success.