How to unlock: Speak with Crippled Foreman in Underbelly (M4.7). 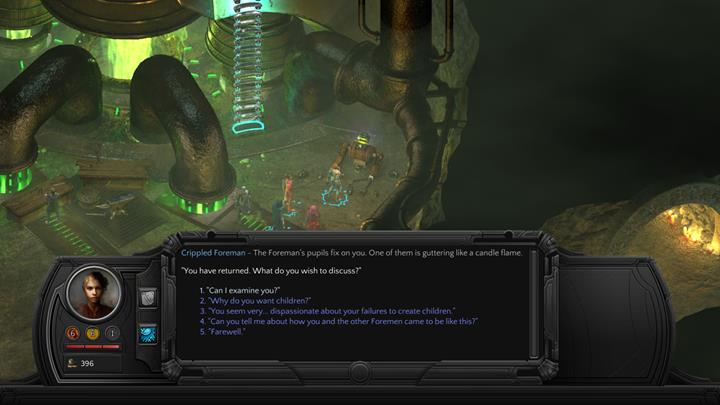 To unlock the quest, you have to talk to Crippled Foreman (M4.7), the robot lying on the ground. While talking, you'll learn that the robot has a problem with producing offspring since they "die" almost instantly. It will ask your help in solving this problem. There are three solutions to it. 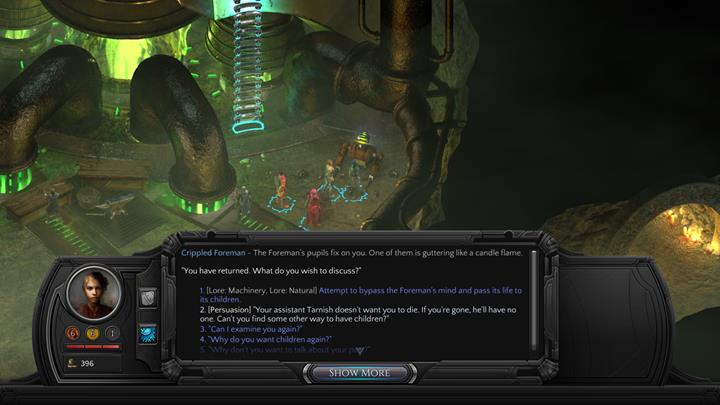 Method one is the quickest but the alternatives yields better rewards.

The quickest of the three options doesn't require us to talk to anybody or run around the entire city. Talk to the construct and operate on it using Lore: Machinery. It fulfils the Foreman's wish-its energy is converted into its offspring's birth. You have three options: 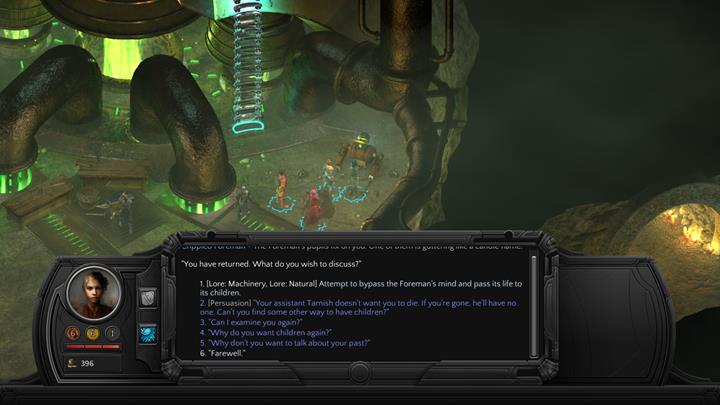 Method two is the only one that doesn't end with the robot's death.

To gain access to it, you have to talk to Tarnish who stands next to the robot. Click through the dialogue options which will unlock a new path while talking to the construct. End the conversation and interact with the lying robot. A new option that ends with [Persuasion] becomes available. Choosing it, you convince the robot to stop trying to produce offspring and thus end the quest.

You receive 25 XP as a reward. 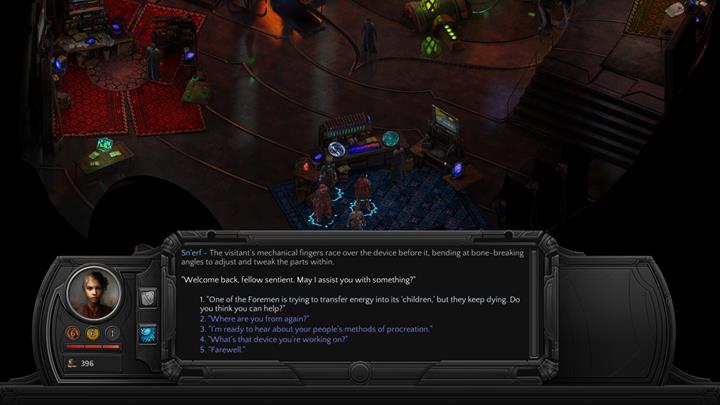 Method three is the most time-consuming and quite costly.

The most time-consuming way but, at the same time, combining the rewards of both the first and the second method. Go to the Order of Truth's building which is located in the Government Square district (M5.2). Then, talk to Sn'erf, the character in the southern part of the room. To push the conversation forward, you have to pay this man a large sum of money: 50 shins.

In return for the payment, the character asks you several questions (any answers will do since they have no impact on the conversation's ending) and afterwards gives you an item: Procreative Surge Turbine. Take this item to the robot. Alas, it won't survive this time, either. You gain 25 XP and can select one of the options from method one.