Start moving forward. You shouldn't encounter any enemy units here. Once you've reached the end of this platform, turn right and perform a single jump (screen). You may proceed to the next section. Your goal here is to reach a large control panel. Obviously you will have to use it. This will allow you to disable the main turbine, therefore making the wind tunnel a safe area to explore. 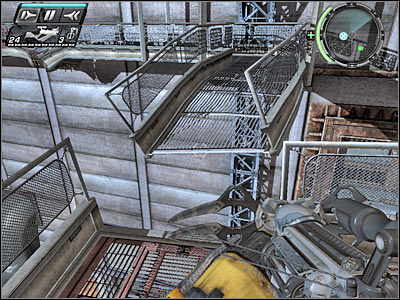 You will probably notice that your allies have decided to leave cover. They will also automatically engage enemy soldiers. You won't have to help them and you've got problems of your own. You are going to be attacked by soldiers equipped with jetpacks (screen). Just as before, use a crossbow and a slow-motion feature to get rid of them easily. 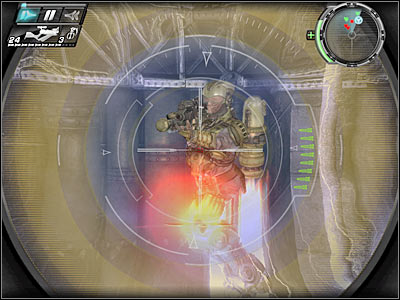 Now you should proceed to a new balcony which can be found to your right. Find a ladder and head on to the lower level. You will come across several containers along the way. Your goal here is to find a small entrance (screen). Use a second ladder there in order to get to the lower level of this building complex. 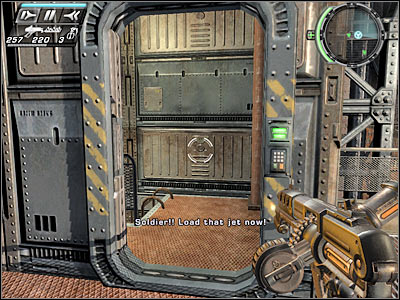 Don't use a third ladder just yet. Instead, head on to a nearby door. Enter this new room. Obviously you will have to get rid of several security guards here. Once they're gone, approach a new console and press a small button. You should receive a new task, so make sure that you've read it. 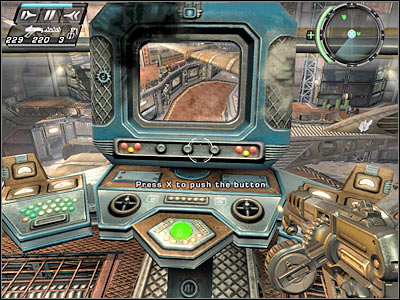 Exit the room through the same door. Now you may proceed to a new ladder (screen). Using this ladder will allow you to get to the lower floor. Once this is done, head on to the nearest door. You'll probably encounter a few soldiers here. Get rid of them by firing at the gas canisters. 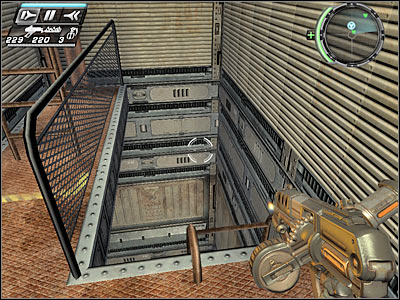 You may proceed towards a new door (screen). That's where enemy soldiers have appeared in the first place. You will come across a staircase. Use the stairs to get to the lower floor. You'll also encounter a weapon crate along the way. Keep moving forward. Enter a small room and deal with several guards. You shouldn't have any problems killing them. 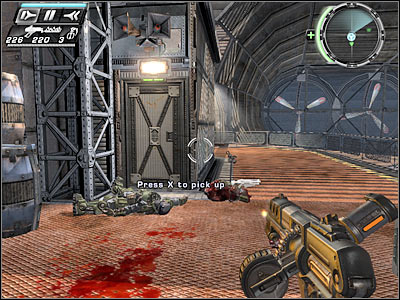 As you've probably noticed by now, there are two levers inside this room. Start off by pulling the lever to your right (screen). Activate a time stop function and move on to the left level. Pull it as well. If you've done everything according to the plan, you will activate a large mechanism. Save your progress here. 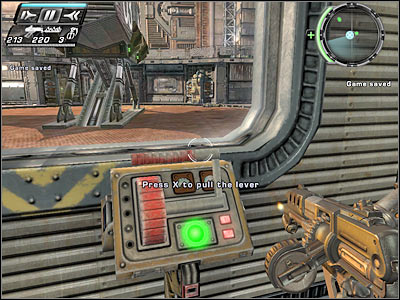 You may exit this room. As you've probably noticed, you're standing inside the main area of the wind testing facility. Thankfully, you won't have to worry about the wind anymore. Head on to a nearby door (screen). I'm sure that you remember choosing this passageway before. Use the stairs and go to your left. There's going to be an open hanger here. Rejoin with your colleagues. This is the end of this short mission. 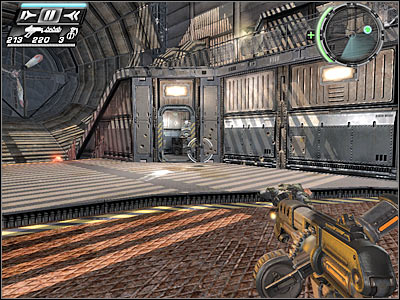