Make sure that you've returned to the ammo crate to resupply your character. Keep moving towards your new destination. Enter a large elevator and wait for it to get to the upper level. Save your game once you're still inside a moving elevator. It's very important, because you'll take part in some difficult fights very soon. 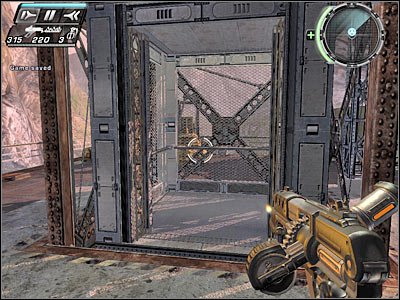 Your first fight ere is going to be very simple. A small group of enemy soldiers will appear in front of you and it's up to you to get rid of them. Make sure that you're aiming for their heads. Now for the hard part. Once again, you will have to get of an opponent who's teleporting himself to surprise you. It would be wise to wait for him near the elevator (screen). Make sure that you have used a good weapon and activated a time stop feature to kill him. 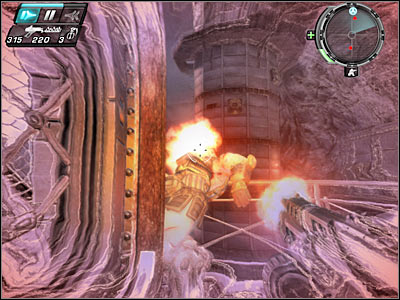 Enemy sniper should be your next target. He's currently occupying one of the upper levels of the left tower (screen). Thankfully, killing him is going to be very easy. Just make sure that you're aiming at the gas canisters and he'll die instantly. Start moving forward. You will find a crossbow and a sniper rifle. Head on towards the large tower. Save your game along the way. 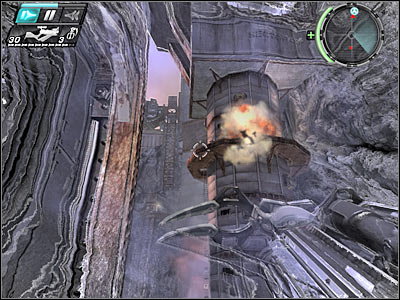 One of the enemy soldiers will appear on an upper balcony. Keep moving forward. You will have to deal with several other soldiers along the way. You can also use a ladder (screen) right away in order to get closer to them. Either way, you will have to secure this entire area. 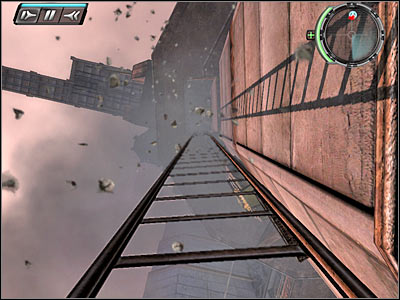 Once you've reached a new platform, start running forward. You should also be using slow-motion here. Head on to a locked door. One of the enemy soldiers will probably be hiding here. Kill him. After that, try securing an upper balcony from here. Once all the enemies are gone, use the closest ladder (screen). 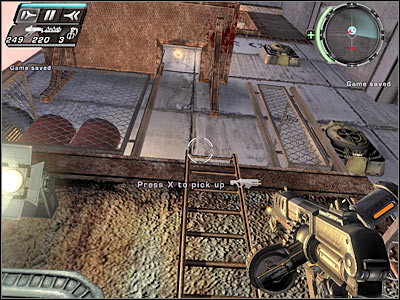 Keep moving towards upper platforms. You shouldn't have any problems finding the ladders. Be careful, though. Once you're at the top, you are going to be attacked by a small group of enemy snipers. Look at the screen, because that's where you'll find them. Get rid of them quickly and proceed towards a final ladder. Kill a single enemy soldier and save your game. 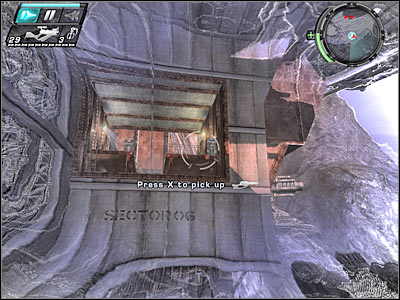 There's a moving platform here. You will have to approach it. Thankfully, you won't have to use any of your powers here. Just make sure that you're standing on it and it'll start moving. Choose a crossbow from your inventory and be patient. Once you're close enough to a new area, leave this platform by performing a jump towards one of the nearby balconies. 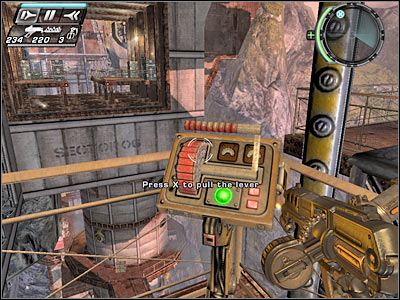