Your objective here will be to secure this entire area. As you've probably suspected, it's going to take you at least a few minutes. Make sure that you're using your powers in order to gain advantage over your opponents. Don't worry about the reinforcements. They will stop coming here eventually. Also, make sure to check both towers every 30-45 seconds. The same goes with all heavy machine gun posts. It's important, because other soldiers may appear there. 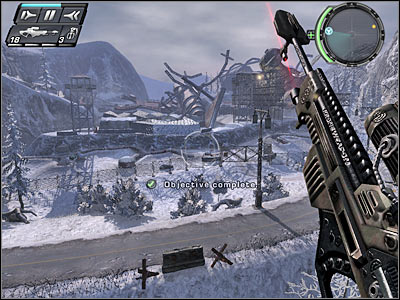 Once you've defeated all enemy soldiers, choose a good weapon (I would suggest a crossbow) and use the ladder to go back to the ground level. Now you will have to go left. I wouldn't recommend running here, because you'll come across a new group of enemy soldiers very soon. Thankfully, it's going to be quite easy to get rid of them, especially since you'll be allowed to use trees and boulders for cover. Keep heading forward. 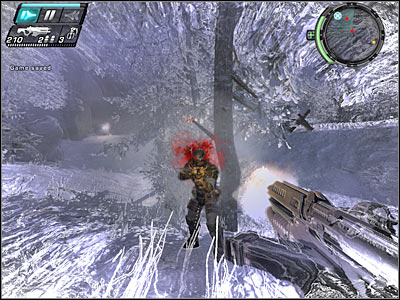 Next up you will have to approach a large tunnel. There's a truck there. You won't encounter any additional units here. Turn left and enter the tunnel. Make a few steps forward and turn right. There's a hole in the ground here. You'll end up inside a smaller underground tunnel. Turn around and start moving forward. After that, turn left. 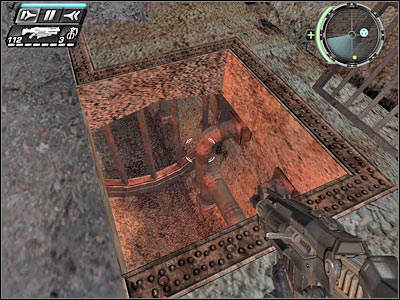 You will come across your first puzzle very soon. Thankfully, you've dealt with a similar problem before. Approach the valve and hold the X key in order to use it. After that, you must activate a time stop function. This will allow you to proceed to the next corridor. Turn right here. You're getting closer to the main camp, so you should consider saving your current progress. 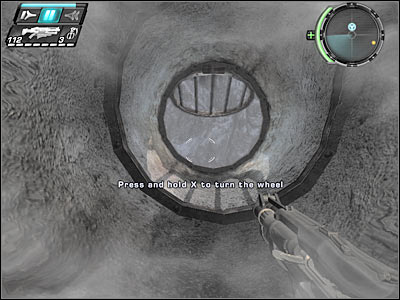 You will probably notice a few gunships, but you may as well ignore them. Your suit will inform you about an unstable surface. I'm sure that you know what has to be done. Activate one of your powers and reach a new ledge. Keep moving towards your current destination. You will have to turn right here. 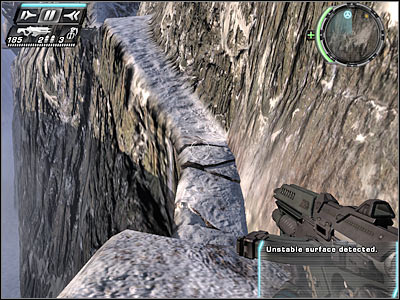 Make a few steps forward. It would be wise to keep quiet here, so you'll be able to surprise some of the nearby soldiers. One of them will be standing in front of you, while the other one is to your right. Once they're gone, focus all of your efforts on neutralizing the group to your left. Thankfully, you won't encounter too many soldiers here, mostly because you've killed a lot of them from the tower. Once they're gone, collect the ammunition and head on to the trenches. 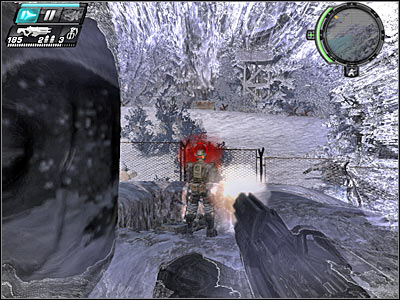 You will have to be moving towards a large scaffolding. Make sure that you're using the trenches all the time, so you will be able to duck behind a good cover if needed. There's a small road leading to the scaffolding (screen). Be careful, though. More enemy soldiers will arrive in this area. It would be wise to go back to the trenches in order to eliminate them from a safe distance (with a crossbow or a sniper rifle). 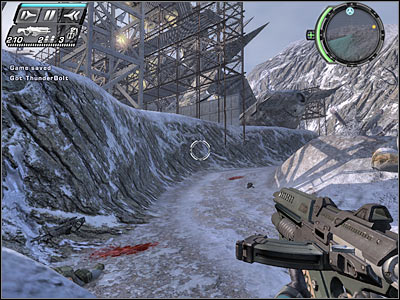 You may proceed to your current destination. The area should be safe, so you won't have to be moving slowly. There's a large gate here (screen) which leads to a new area of the compound. Use a lever (it's to your right) in order to open it. Make a few steps forward. Head on to the containers which can be found to your left. Stop there and save your game. 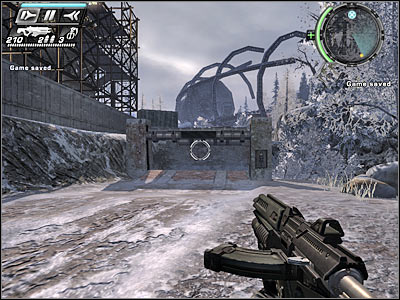