I'd strongly recommend that you start off with at least two grenades. This will allow you to get rid of some of the visible enemy soldiers. Make sure that you don't expose yourself too much to enemy fire. It's very important, because some of these soldiers are carrying similar crossbows to one of your weapons. Wait for some of them to use jetpacks. Kill them with a little help of the slow-motion function. You should also remember that it takes a while for the projectile to reach its target. 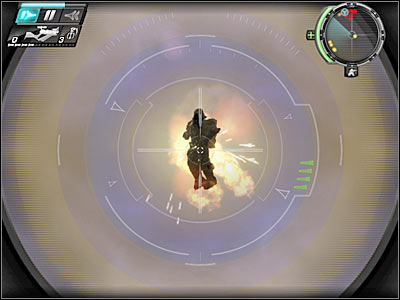 You should consider using all available projectiles here. You probably won't be able to kill all enemy units right away, but you should kill most of them. Now you should choose a machine gun or a shotgun from your inventory. Some of the enemy units will try to surprise you from the left flank. Use one of your powers to defeat them. Also, make sure that you're using your compass to locate them. 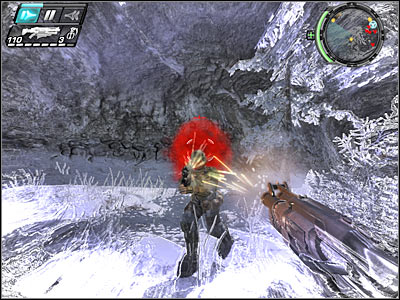 Your main task here will be to secure this entire base. Head on to the base and collect new projectiles for the crossbows. You will also have to familiarize yourself with a new objective.

New mission objective: Locate the explosives in the enemy camp

Acquiring the explosives is going to be very simple. Head on to the main tent. I'm sure that you won't have any problems finding this object (screen). Since you're already there, collect more ammunition from the tent as well. 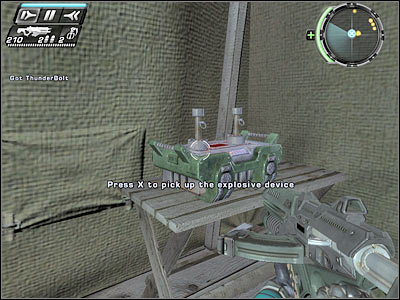 You should consider using one of the vehicles in order to speed up this process. The gate can be found near the train tracks. You will have to approach it. Find a glowing spot and press the X key to place a bomb. As you've probably noticed, there's only two seconds to the explosion. As a result, you will have to stop the flow of time. Move back to a safe distance and wait for the explosion to occur. Save your game here! 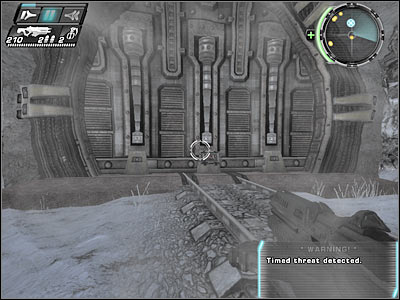 Enter this tunnel on your own (without any vehicles). You should be able to find a carriage here. Use the ladder in order to climb on to it. Turn right and use a large lever (screen). As a result, you will start moving. You won't have to do anything out of the ordinary here, so go ahead and enjoy your ride. :-) 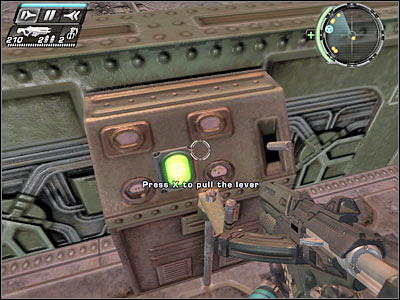 You will have to wait for the train to reach a new location. As you've probably noticed, there's a large gap here. You must act quickly here in order to avoid being killed. Activate a time stop function and leave the carriage. Wait for it to crash. Save your game once again. 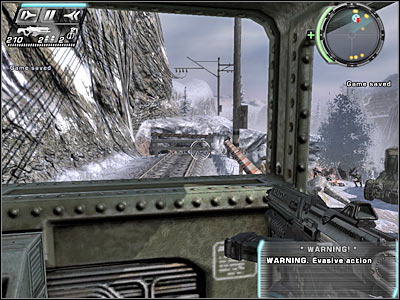 You are going to be attacked by at least two enemy soldiers. Use one of your powers in order to kill them. You should be using a machine gun or a shotgun during these fights. Once they're gone, head on to a nearby road and deal with the third opponent. He'll be using a machine gun post, so you must be extremely careful here. 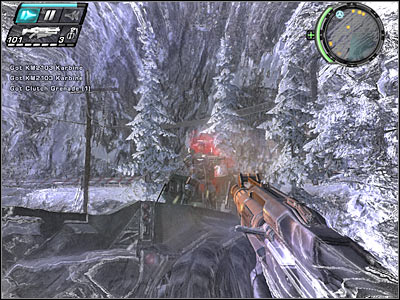 It would be a good idea to use a heavy machine gun post to your advantage. As you've probably noticed, more enemy soldiers are heading your way. I'm sure that you won't have any problems spotting them. Zoom in the view and start shooting at them. Once they're gone, collect ammunition and approach a nearby atv. 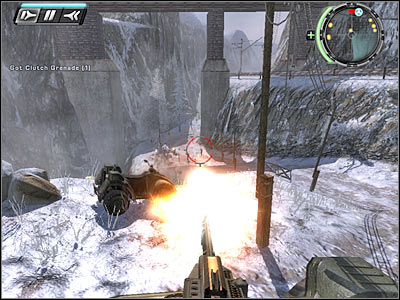