You will encounter new enemy soldiers just around the corner. Use the sniper rifle to kill most of them, especially since they won't even try to get closer to your position. Now you will have to enter a small building (screen). Once you're inside, head on to a nearby door. You shouldn't encounter any additional hostiles here, so proceed to the goal area right away. 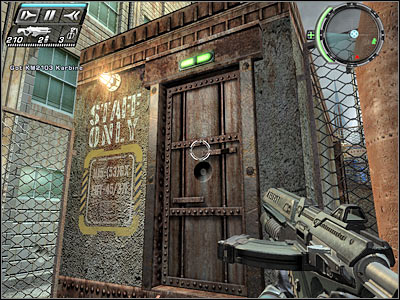 I guess you won't be surprised by the fact that you must destroy the gas canisters to trigger a large explosion (screen). You will also receive a confirmation from your allies. Wait here for a few seconds, because you will be given new orders. 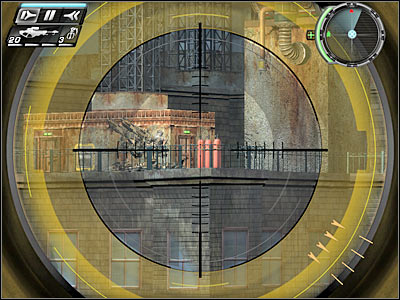 You will have to a find a new passageway. Use it to get closer to your next target area. A small explosion will take place here. Ignore it. Instead, head on to a new ventilation shaft. I'm sure that you won't have any problems finding it. Now you will have to find a destroyed part of the wall (screen). Use the metal platform to enter this new building. 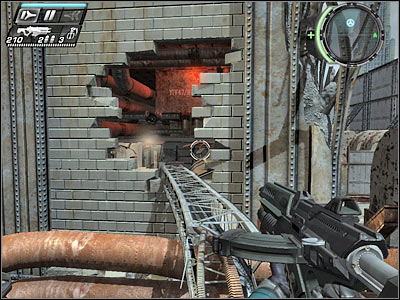 Once you're inside, proceed to the lower floor right away. You will have to choose the door on your left (the one with the green lamp). Head on to the next door and you should be able to approach an elevator (screen). Use it to get to the highest section of the roof. Exit the elevator and move closer to the left door. You should create an autosave here. 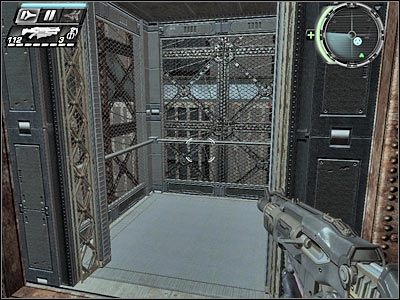 Open the door carefully. One of the enemy soldiers should be standing here. Kill him quickly. The easiest way to get rid of him would be to destroy a gas canister. You will receive some new orders. Read them.

I have to warn you, because you'll take part in some difficult fights area. As a result, it would be a good idea to pick up a sniper rifle, because it'll come in handy. 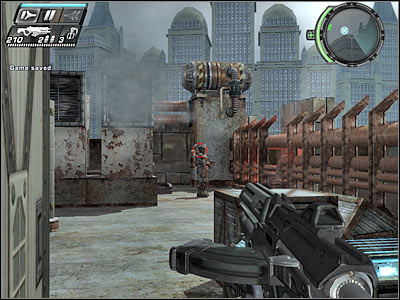 The only good news is that you won't have to spend a lot of time finding your opponents. They're all standing to your left. You should be able to surprise at least a few of them with a help from your newly acquired sniper rifle. Be careful, though. Some of the enemy soldiers will be using jetpacks. Make sure that you're using a sniper rifle to kill them. You should consider stopping the flow of time in order to increase your chances of hitting them. 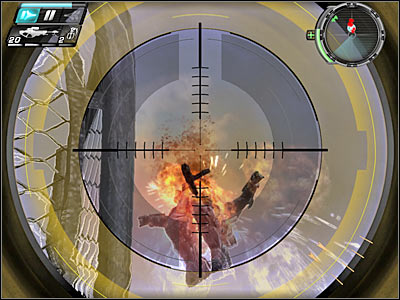 I wouldn't recommend trying to get closer to the rest of the enemy soldiers, because they'll be heading your way and you will be able to surprise them. They're heavily equipped, so you must be extremely careful here. It would be a good idea to wait for them near the elevator. Once they're close enough, exit this corridor and use your powers to gain advantage over them. 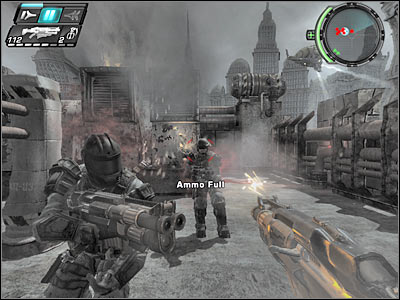 If you've followed my instructions, you shouldn't have any major problems killing your foes. Just watch out for the guys with jetpacks, because they may be able to surprise you. There's an ammo crate in front of the exit from the corridor (screen). It would be wise to refill your ammo supplies here (at least once). Kill all of the remaining soldiers. 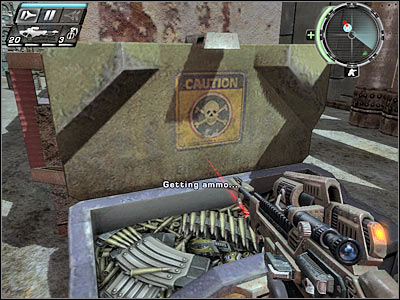 There's only one more thing for you to do here. You will have to use a large switch. As a result, head on to a designated area of the map. I'm sure that you won't have any problems finding the lever (screen). Pull it. You will be able to watch a longer cut-scene. After that, this mission will come to an end. 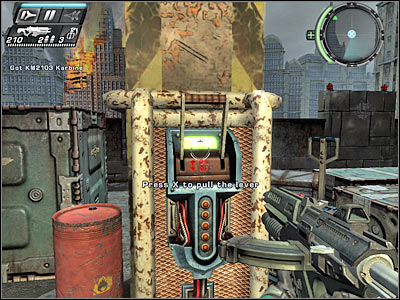