Keep moving forward. Don't worry about the second explosion that's going to take place nearby. This time you won't lose any health points. Once the explosion has occurred, you will have to find a new staircase (screen). Use the stairs in order to reach the upper level. You will return to the room with the robot, however this time you will be standing on the upper platform. 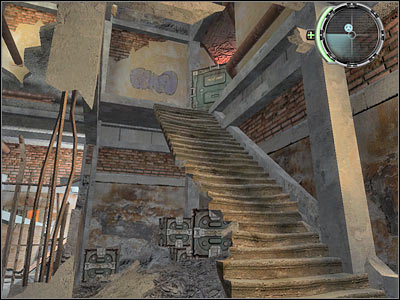 Go to your right. There's a small obstacle here. As you've probably suspected, you will have to press the SPACE key here. Keep moving forward. You should come across a partially destroyed wall (screen). This time you will have to use a crouch feature, so make sure that you've pressed the C key. Head on to the lower level of the building. 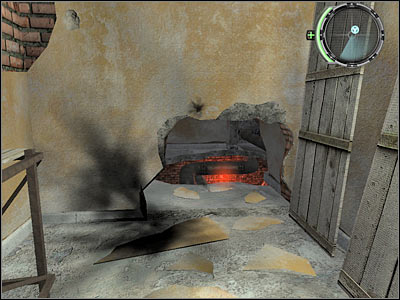 You will have to rejoin with a new allied soldier. Make sure that you've paid attention to what the was saying to you. Keep going straight. You will have to reach a much larger hole (screen). Your next objective is a small door. Open it and exit the building. Despite what you might think, you won't have to stay in the shadows here, because enemy soldiers are engaged with something else. They won't even see you standing near the fence. 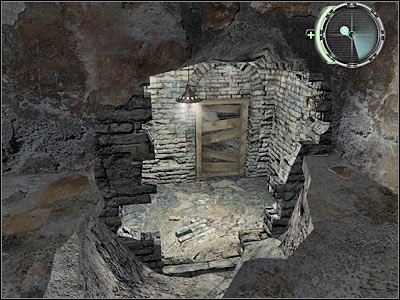 You could move closer to the fence if you wanted to. You're perfectly safe here and you won't have to be in a lot of hurry. Approach the allied soldier. He will perform an action for you, so you'll be allowed to use a nearby ladder (screen). Head on to the upper balcony. 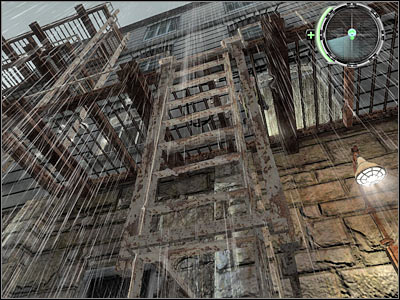 Once you've reached this platform, you are going to be rewarded with your first gun. It's going to be a KM2103 machine gun. This is a very versatile weapon, so I guess that you'll be using it all the time, especially early during the course of the singleplayer campaign. This machine gun is also good at neutralizing more distant threats, however you will have to press the E key in order to improve your accuracy. As for the alternative fire mode, there's a grenade launcher attached to the rifle, so be careful at what you're firing. :-) 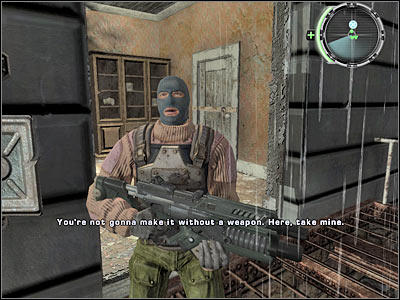 You may enter this new building. You won't encounter any enemy units right away. There's a dying soldier in the next room. Sadly, you can't help him. Instead, you should notice a second machine gun here. You'll be able to return to it once you've used up most of your ammo. There's only one passageway here. Once you've reached a new corridor (screen), save your current progress and get ready to kill some hostile units. 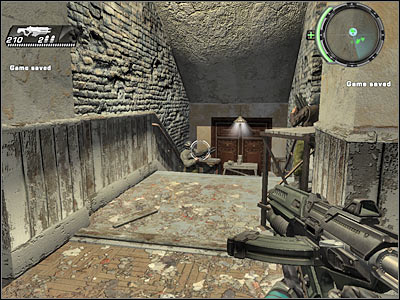