You'll begin this mission on board of an allied zeppelin. You will be given your first orders here. Familiarize yourself with them.

The first part of the mission will require you to defend the zeppelin against various types of threats. It's shouldn't be too difficult. Start off by destroying a few mines and balloons. You've dealt with similar threats before, so you shouldn't encounter any problems. Now you will have to focus all of your attention on enemy jets. Start firing at them. Thankfully, the weapons on the zeppelin are very powerful. Nevertheless, you should be using slow-motion to your advantage. 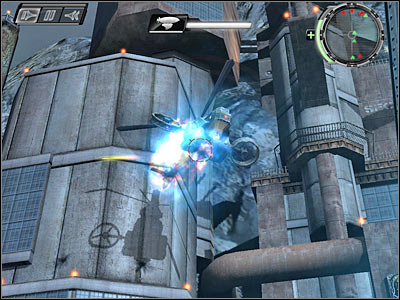 Once you've defeated enough targets, you will be allowed to leave the zeppelin. Wait for it to reach your new goal area. You will also receive your next objective.

Press the X button, because you won't have to use this cannon any longer. Your first objective will be to reach a smaller elevator. Once you're inside the elevator, press a button and wait for it to take you to a new platform. 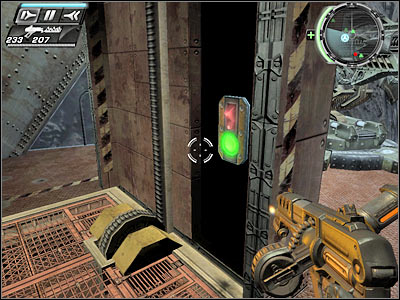 Exit the elevator. Head on to your left. You'll end up standing on the main deck of the zeppelin. Don't go straight ahead. Instead, turn right and get closer to a second elevator (screen). Pull a lever. You won't have to activate slow-motion here, because the elevator is moving very slowly. Wait for it to take you to a new location. I'd strongly recommend saving the game. You will also be given a new task. 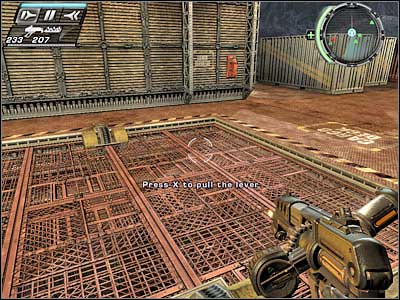 The first group is going to attack you even before the elevator reaches its final destination. Activate slow-motion and respond to their actions. Be careful, though. One of the enemy soldiers will be using a stationery heavy machine gun post. Kill him quickly and start running forward. You can't stay near the elevator, because you would be vulnerable to enemy attacks there. 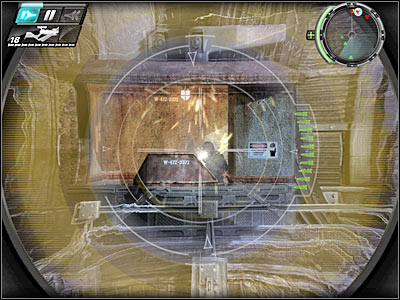 You will probably encounter a few additional enemy troops along the way, however getting rid of them shouldn't be a problem. Just make sure that you're collecting ammunition. Now you must head on to a nearby ladder (screen). Use it to get to the upper floor. Once you're there, IMMEDIATELY turn left. Proceed forward. Turn left once again. You must press a crouch key there, so you'll be able to enter a new ventilation shaft. Save your current game. 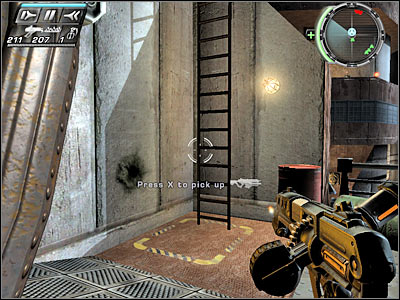