Despite what you might have thought, you won't start the mission inside the jet. Instead, you'll be standing near your colleagues. Listen to what the commanding officer has to say to you and your teammates. You won't stay here for too long, because it'll turn out that an enemy vehicle is heading this way. Get ready!

New mission objective: Get to the factory perimeter 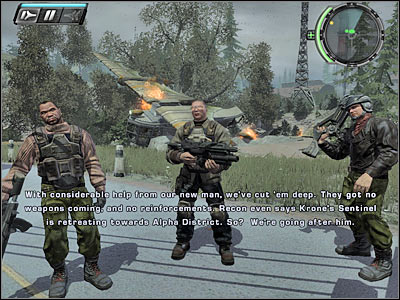 You will be using a heavy machine gun post for the next 40-60 seconds. Turn the cannon to your right, so you'll be able to start firing at enemy vehicles (screen). You shouldn't have any major problems with that, however make sure that you've also destroyed an enemy atv. Once it's gone, focus all of your efforts on larger vehicles. You will come across a bridge very soon. This is where you'll leave the stationery gun. Make sure to save your current progress. 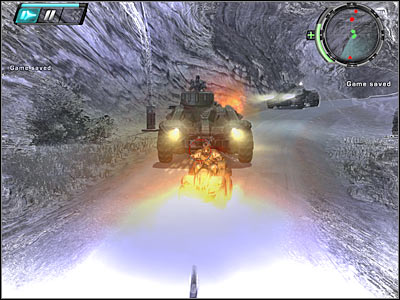 Your main character should automatically leave the vehicle. You'll start this battle near the bridge. I'd strongly recommend to focus on killing all nearby soldiers. Make sure that you're using a slow-motion feature, so you'll gain an unfair advantage over them. Hide inside a small building. That's where you would find the control panel, however it'll be inactive. Nevertheless, this is a great hideout and you'll be able to plan your next moves from here. 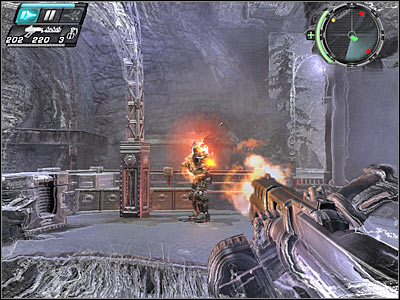 You will have to stay here for at least two minutes. Make sure that you're using a crossbow or a sniper rifle to get rid of enemy units. Each time you should also consider activating a slow-motion feature, so you won't have to waste too many bullets. Don't worry about your teammates, because you won't be punished for not helping them. 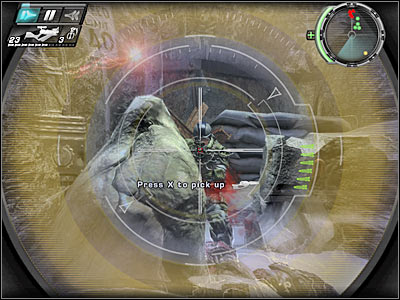 You should focus your efforts mostly on neutralizing some of the nearby machine gun posts. Two of these objects can be found inside a large bunker (screen). As for the third machine gun post, it's located to the right. Keep firing at the enemy units and prevent enemy soldiers from moving closer to your teammates. 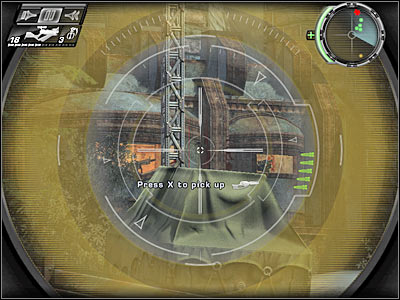 The next phase of this battle will require you to take out several soldiers equipped with energy shields (screen). I'd strongly recommend stopping the flow of time entirely, so you will be allowed to aim at them without any interruptions. Once they're gone, you should receive new orders from the commanding officer. 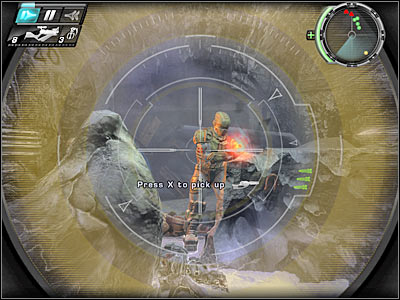 I wouldn't recommend running towards the bunker right away, especially since you won't receive any penalties for staying here a little while longer. Keep firing at some of the visible enemy soldiers. Your next challenge are soldiers equipped with jetpacks (screen). Make sure that you're using one of your powers while firing at them, so you won't have to waste too many projectiles for your crossbow. 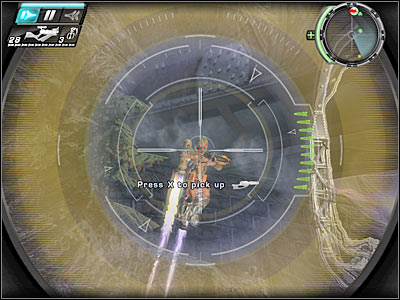 A small group will also be standing on the top of the bunker. Kill them and start moving towards your current destination. Don't forget to save your game frequently. Your allies should get closer to the main gate in the meantime. You will have to find a small passageway (screen) which will lead you to the bunker. Enter it. 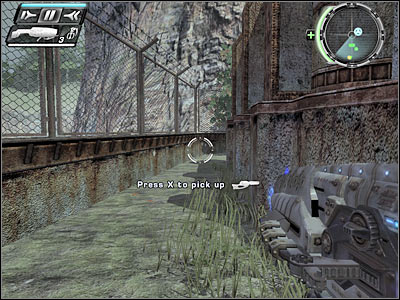