There are 10 treasure chests in Lyria. The map above has all the chests marked on it. Remember that you can't go back to Lyria once you move to another location. Check if you have found all the chests before you move out. 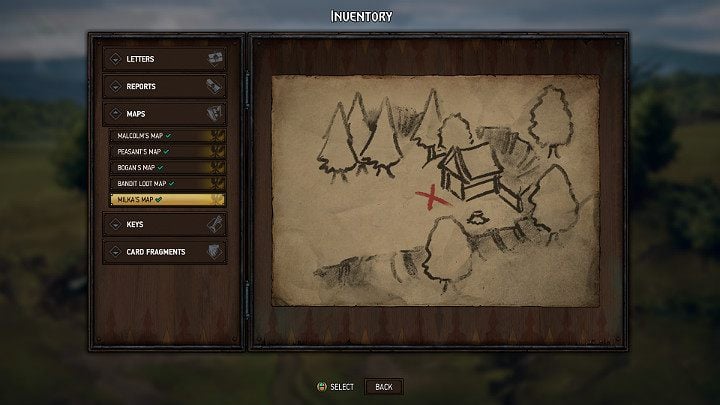 You can find this treasure by following the map received at the beginning of the game (the one you get after completing the introduction). 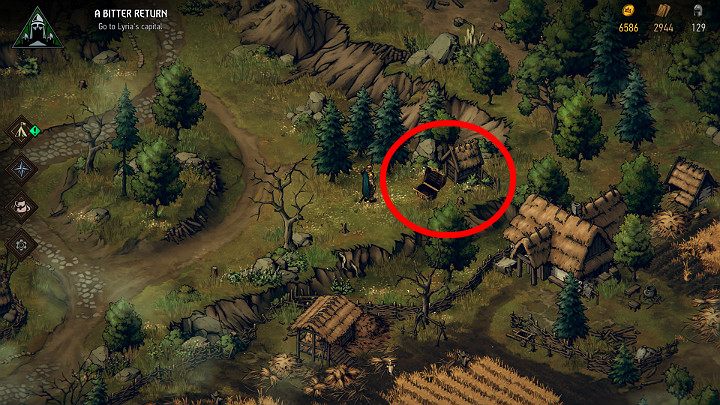 Treasure no. 1 is near the road located right next to the small shed. The location of that treasure has been marked on the picture above. 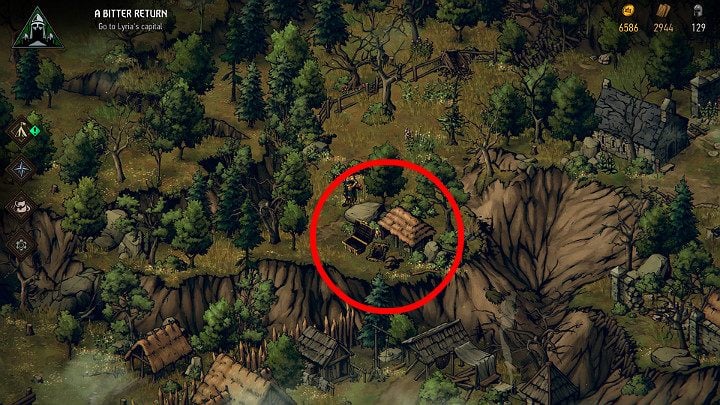 Treasure no. 2 is hidden right behind the cemetery located near the Melitele monastery. Eliminate the threat in this area to collect the treasure. 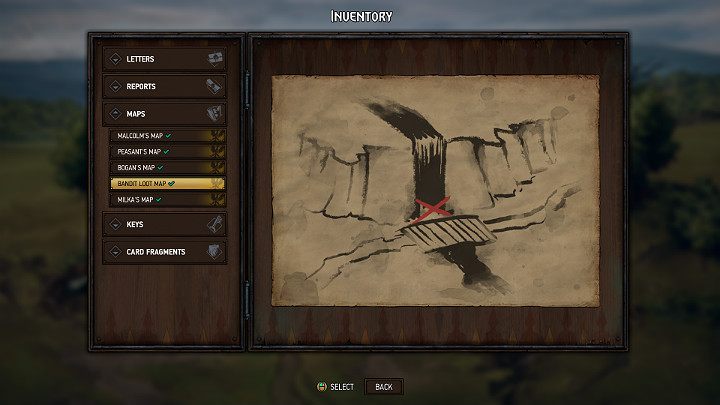 To reach the next treasure, you'll need a map, which you can recover from a hut - a hideout for a wounded bandit (blue number 3). He will offer you a map for sparing his life. 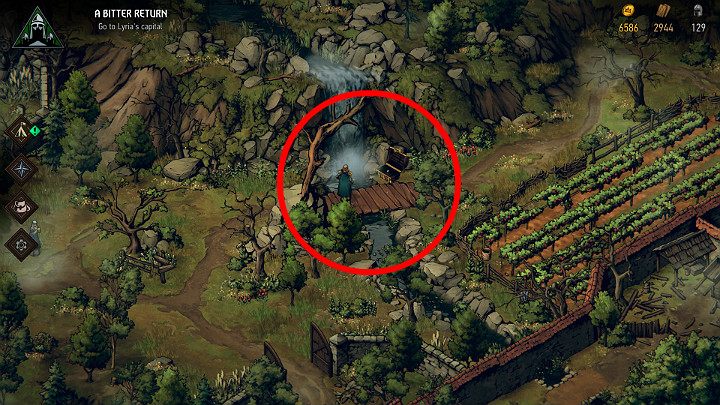 Treasure no. 3 is in the waterfall located near the Melitele monastery. You can get there when you are going back from the cemetery. If you missed this treasure, you can always use the nearby road sign to move there fast. 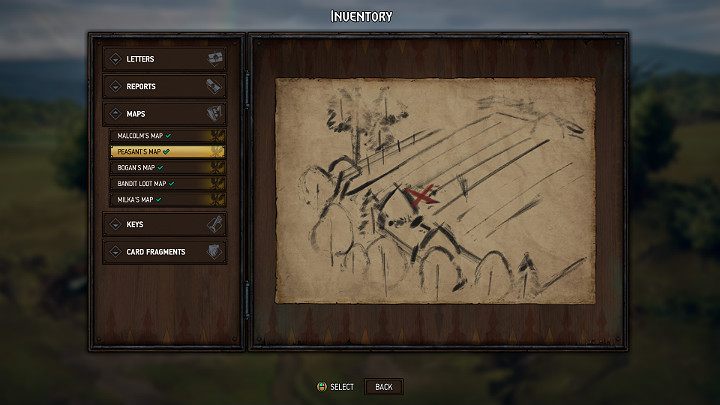 Leave the Melitele monastery to collect this treasure map. This one is received from one of the peasants. Blue number 4 marks the location of the map. 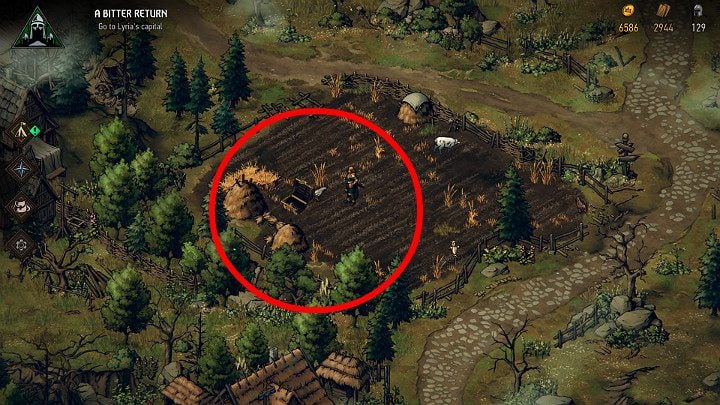 The fourth treasure chest is in the small field (check the area between the two haystacks). The field is near the passage that leads to Lord Clayton's mansion. 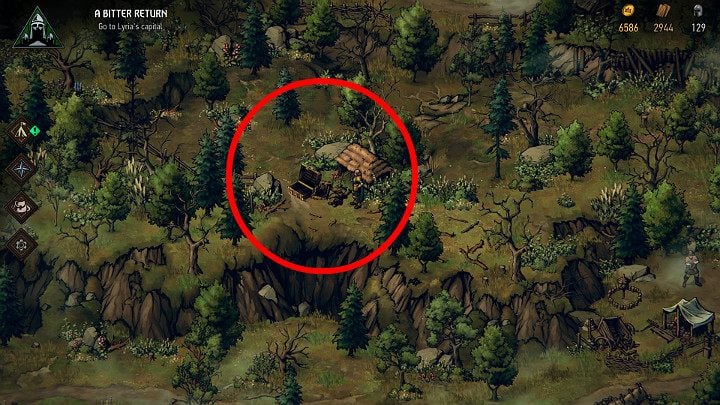 This next chest can be found on a tall hill. Go through the small village (you can get a few recruits here) to reach that place. The passage to the hill is between the banner and the shed. 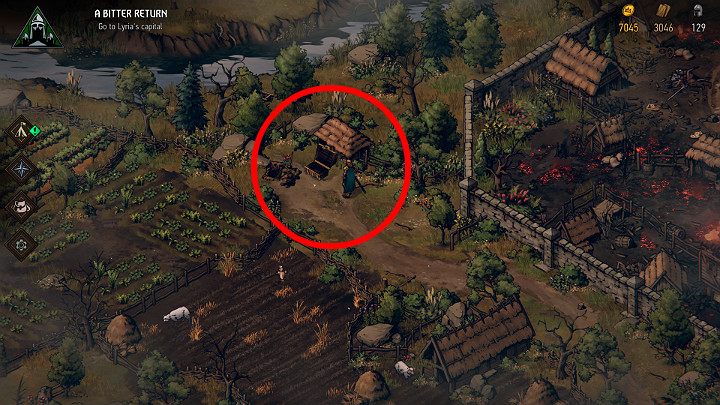 This chest is right behind Lord Clayton's ruined mansion. Go around the building's ruins to find it. 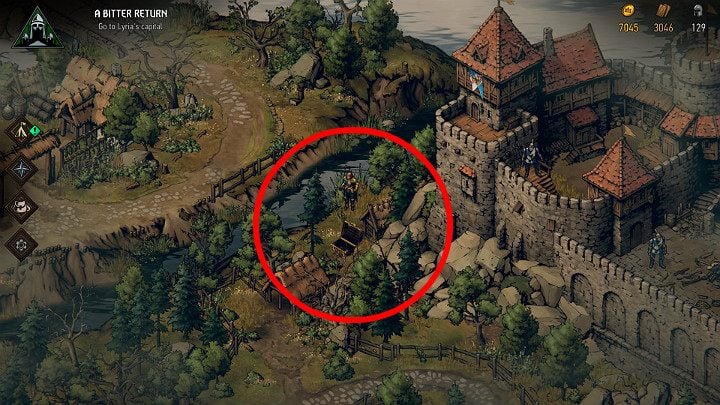 Go around Rastburg castle by moving from the side of the river. The passage is very narrow and really hard to notice. However, you can go right next to the castle walls. 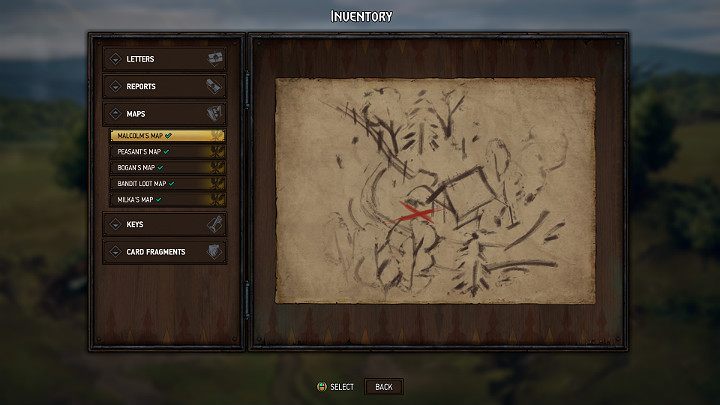 The map leading to the next treasure is marked with a blue number 8. Before you get it, you'll have to defeat a single enemy. 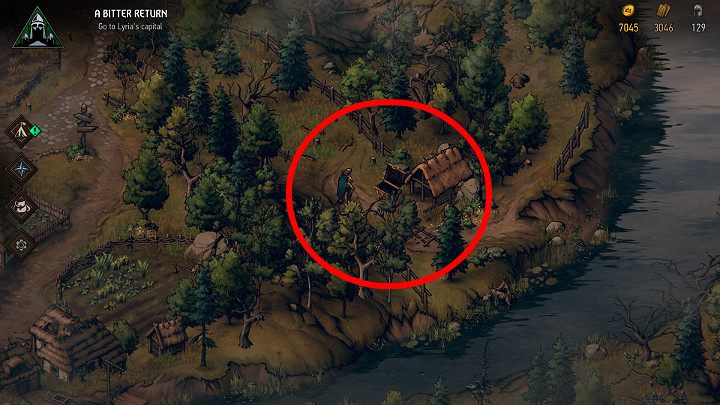 The chest is near Turnifen, in the small copse next to the river. 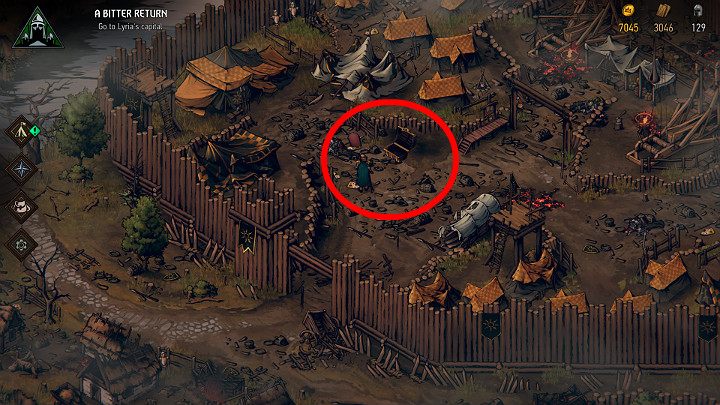 This treasure can be found in the western camp. Defeat the hostile army to collect the treasure. 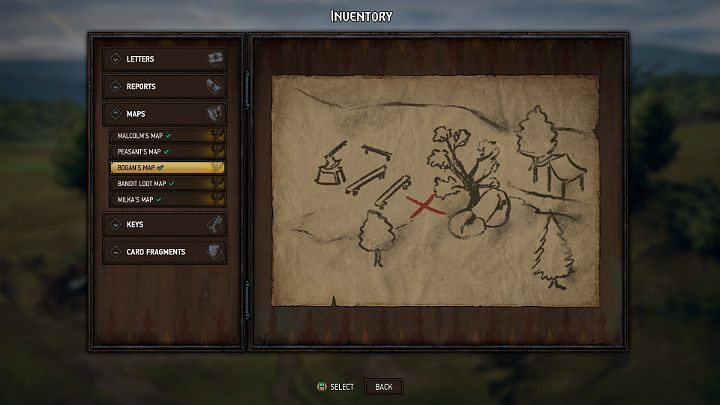 The last map in Lyria points towards the place located right next to a fallen tree. One of the villagers will give you the map, or rather draw it for you. For a small fee, of course. 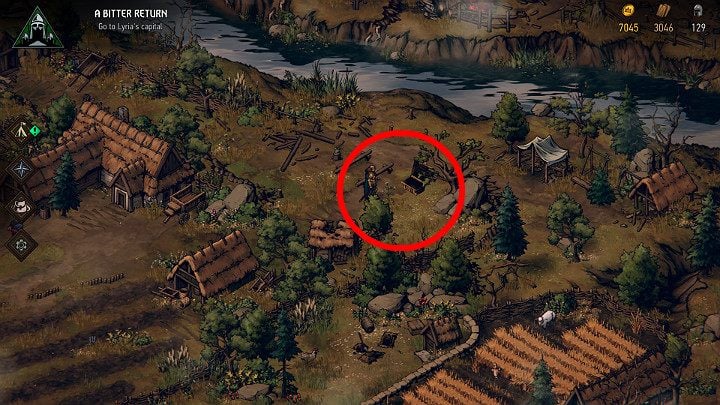 This chest is found near the orchard - you first have to solve the conflict between two families. Move towards the river - the treasure is in the place presented in the picture above.