The success on battlefield in Thronebreaker: The Witcher Tales depends on many factors. Apart from a well-organized army, you should also pay attention to the morale of soldiers, properly exchange cards before the game, make full use of the available space on the battlefield, and also know when to pass. In this chapter you will learn how to fight to achieve success.

The battlefield in Thronebreaker: The Witcher Tales provides many opportunities to all army leaders. A true strategist knows how to use all possible options to gain an advantage over the opponent. In this chapter you will find all the relevant information that will bring you closer to all the most important elements of the battlefield and a handful of tips on how to use them during the duel. 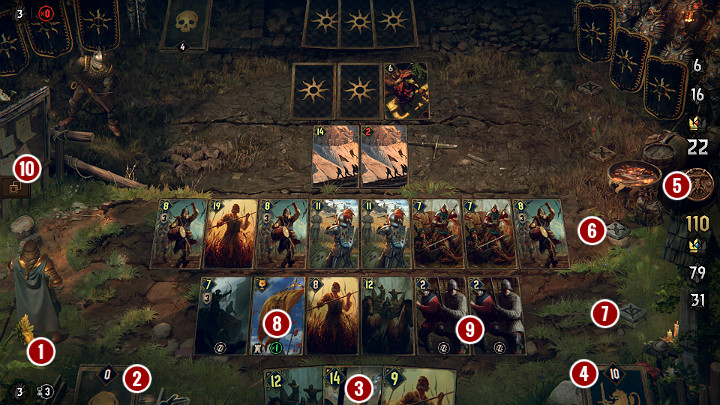 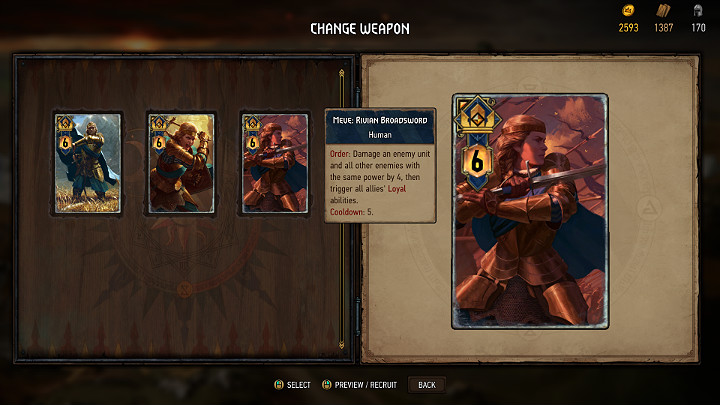 Meve, the queen of Lyria and Rivia is the leader of your army. Depending on the weapon, she has a special skill that you can use in combat, but with certain limitations. Meve is able to perform the action once per specified number of turns. It is worth remembering that the special power of the Meve can only be changed before the duel starts. In the form of a queen, you can see an hourglass with the number of turns that must elapse before you can use her skills again. 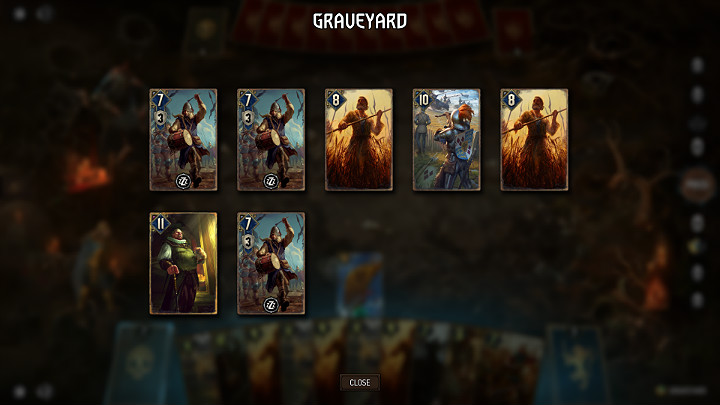 The units that were liquidated during the duel are sent to the graveyard. What's incredibly important in Thronebreaker: The Witcher Tales is that there exist units that are able to bring cards back from the graveyard. Such a card is, for example, Field Medic. Interestingly, during the fight you can lead units in such a way as to send them to the graveyard on purpose and resurrect them after a while. For this purpose, you can use e.g. a Plunder-Filled Wagon, which eliminates the selected unit and strengthens it by its base power. In the next step you use Field Medic to bring the unit back to battle.

At the bottom of the screen you will see cards that you can use during the clash. Very importantly, every round you draw 3 cards from the deck, but you can't have more than 10 cards in your hand. During the course of the round you have to keep an eye on this limit as any overdrawn card will be immediately burned.

The right-hand side shows the number of cards you have in your possession throughout the duel. When using units that take an extra card out of the deck, you must make sure that you still have one. Use your cards wisely so that they are enough for the last round. Otherwise, the opponent may have an advantage and win the start because you will not have enough punching power.

Panel with the score and the chip

On the right-hand side of the battlefield you can follow the current score of both armies. This value has been calculated separately for each row, but to make it easier for the Player to play the game, the total point value of both armies is displayed in yellow. This makes it easier to plan your next move in order to score your opponent. In the middle of the panel there is a turn-end or folding chip.

There are two rows on the battlefield: one for close combat units and the other for ranged units. It is worth noting that you can set up units in both rows, but with some restrictions:

Cards and units with skills

If any unit, flag or other card has an ability that you can activate, a green circle with a specified number of activations will be displayed at the bottom of the card. After using the skill, the unit goes to rest.