Welcome to Sharpwood. Jack Boyd is back in This Is The Police 2. As Warren Nash, he will assist the young sheriff - Lilly Reed. Together, they will try to stop criminals and deputies who don't want to accept the new sheriff.

The guide for This Is The Police 2 contains information that will help you manage your police officers in the best possible way. Learn about the basic gameplay mechanics such us, e.g. choosing the right police officers for specific missions or the tactical combat system. The guide also features a walkthrough - there, you can find descriptions of all in-game days along with tips on managing your shifts.

This Is The Police 2 was developed by Weappy Studio. Just like the previous game, it is a mix of a strategy and an adventure game. However, it also introduces a lot of new features and mechanics. Unlike in the predecessor, your success here doesn't depend only on experience points but also on skills of your police officers. The game also features a tactical combat mode where you can control your subordinates.

In this chapter you can learn about the mechanics used in the game, e.g. descriptions of the cases along with their solutions or information about the tactical missions.

This part of the guide focuses on the walkthrough for each of the in-game days. Here, you can see how the following days look like and what challenges will await you. You can also find tips on which police officers should be assigned to a given case.

About This is the Police 2 Game Guide

This is the Police 2 Video Game 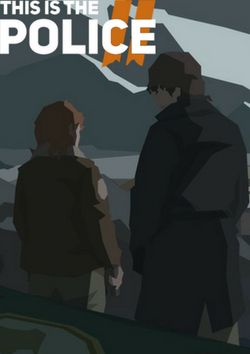 This is the Police 2 is a sequel to the well received game This is the Police. Similarly to its predecessor, the title is an unusual mix of features used in adventure games and strategy games. The title was developed by the creators of the first entry in the series, the independent studio Weappy. It was released on, among other platforms, PC, PS4 and etc.

This is the Police 2 for PC, PS4 and etc. takes place in Sharpwood  a small city located in the north of United States. The players assume the role of Lilly Reed, the new sheriff who will try bringing order to the city. Sadly, it wont be easy as the city faces many problems. The citizens are struggling with the lack of food and the city became the home for many criminals. Whats more, the subordinates of the protagonist arent used to receiving orders from young women. Situation suddenly changes when mysterious Warren Nash appears in the city. During the game the players will discover how he will impact the citizens of the city.

Similarly to the first game in the series, the gameplay in the PC, PS4 and etc. version of This is the Police 2 is based on two pillars. During the game players are managing the law enforcers, giving them orders and securing better equipment. Each policeman features an individual set of advantages and weaknesses that make him seem more like a living being. The same goes for the citizens of the city whose sympathy must be earned  one never knows when a friendship with influential people might save life. In addition to that, players must make hard decisions that are usually very shady from the ethical point of view  the objectives can be achieved by sticking to the rules or by deciding to use controversial methods like cooperation with criminals.

The graphics of This is the Police 2 utilize style similar to the one used in the first game in the series. Despite its simplicity, the developers managed to create convincing characters and locations. It is worth mentioning that the main protagonists voice actor is Sarah Hamilton  the actress known from The Longest Journey series.

This site is not associated with and/or endorsed by the THQ Nordic / Nordic Games or Weappy Studio. All logos and images are copyrighted by their respective owners.