During this Witcher Contract Geralt will track a silver basilisk. Count Salvaress will try convincing the Witcher not to kill the beast because in his opinion it is the last of its kind. In the end Geralt can avoid the battle or fight the creature. In the latter case a group of Reavers will help him.

Meet the merchants at the camp 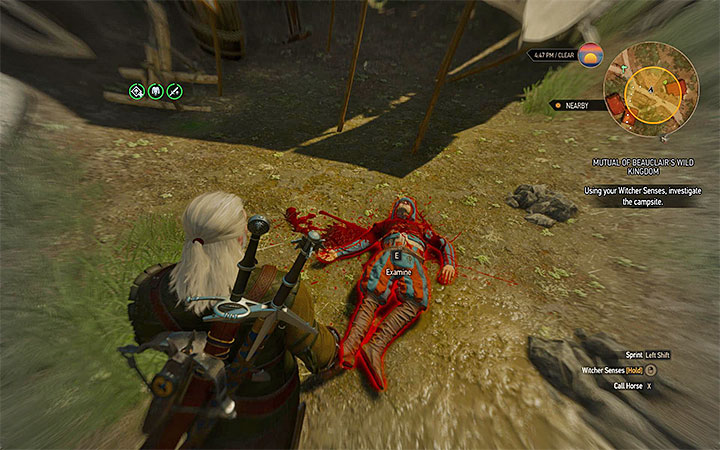 Find one of the murdered merchants in the Trading Post

You can unlock this quest by checking one of the notice boards in Toussaint and receiving the task from the trading guild. In order to meet the questgivers you must go to Trading Post located in the northern part of Toussaint (M1,10). Once you arrive, you will learn that the camp was destroyed. Activate Witcher Senses and look around in order to find trail of the monster and one of the murdered merchants.

Count Bories di Salvaress will appear in the Trading Post. He will tell you about the basilisk which is responsible for the attack. Luckily, you don't need to decide what to do yet.

Find out more about the second victim

Remain in the camp and finish exploring it by using the Witcher Senses. You must examine the scales on the ground, burning marks and destroyed barrels. 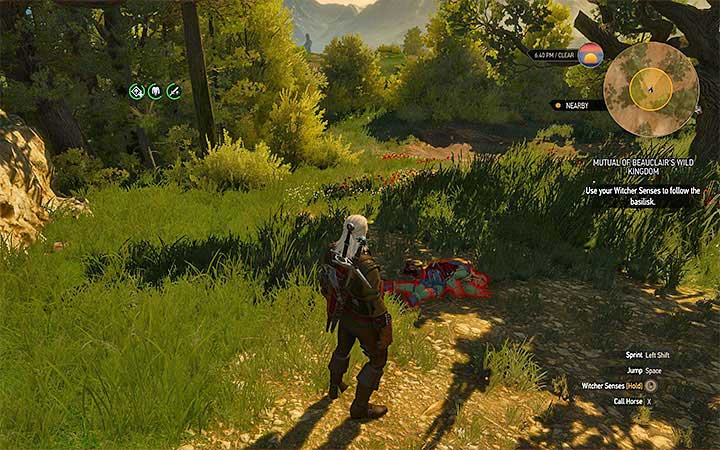 The place where you find the second merchant

Now you can start following the smell of the basilisk. At first it will be a red road floating in the air. Then it will be footprints. Soon you will find the second murdered merchant. Watch the corpse and collect the Coopers' Guild contract found there. 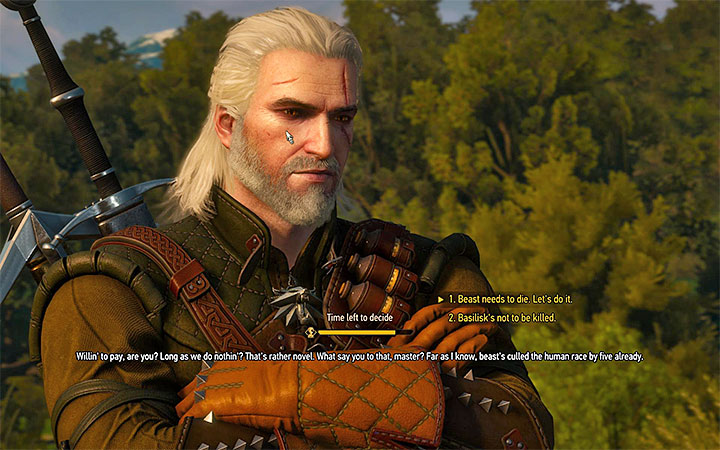 This is where you make a decision

Continue following the red trail which from now on will be harder to see. You will reach a small hill where you will encounter a group of Reavers hunting the basilisk. During the meeting with the Reavers you can introduce yourself or hide your identity (Geralt will be recognized by one of the men). You must decide how you want to end this quest.

Option A - Murdering the silver basilisk 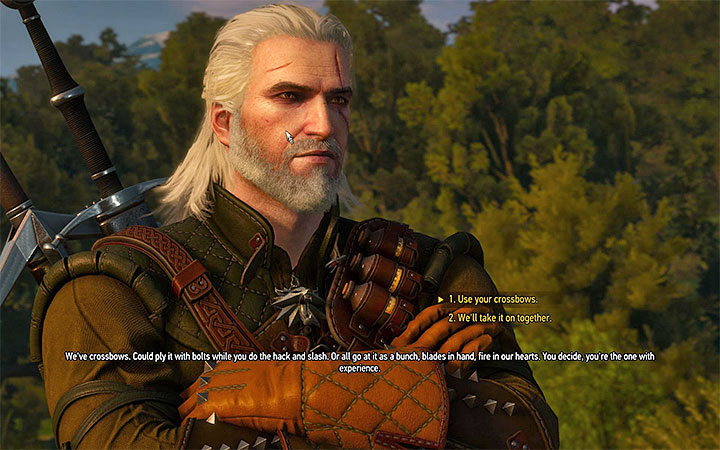 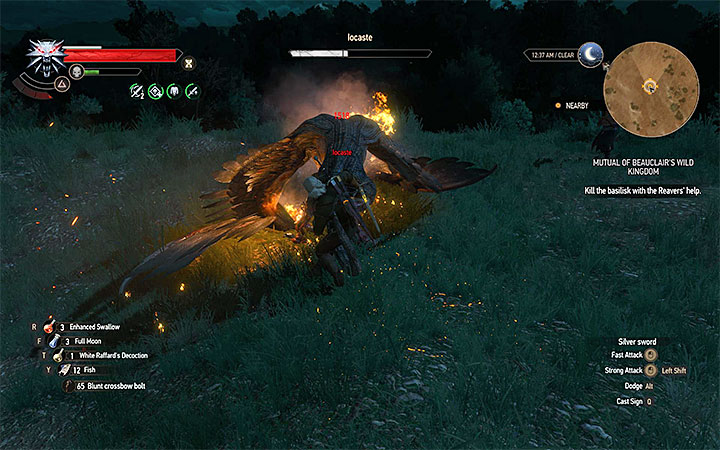 You can burn the basilisk before attacking it with the sword

After the silver basilisk Iocaste appears, use draconid oil on Geralt's sword. Additionally, you should increase Witcher's resistance to poison and obtain some strong healing items. If the Reavers are using the crossbows, then focus on using Igni. If they are using swords, then set Aard as default sign in order to stop the flight of the monster. Try performing a few hits in a series and then jump away in order to avoid taking heavy damage and being poisoned. Once you win, speak with the Reavers and take 400 crowns from them.

Option B - Saving the basilisk from death

This option is related to the second dialogue option. Geralt and the count will convince the Reavers to resign from their plan of murdering the basilisk. You will receive 350 crowns for selecting this plan. During the final conversation with count Bories di Salvaress you can accept the bonus of 50 crowns from him or you can ask the count to give the remaining gold to the families of dead merchants. The quest will end without you having to fight the basilisk.