This quest involves eliminating two dragonlike creatures called Slyzards. Before you will be able to fight them, you need to spend extra time trailing them. Geralt will be led to the nest through numerous trails leading from the quarry 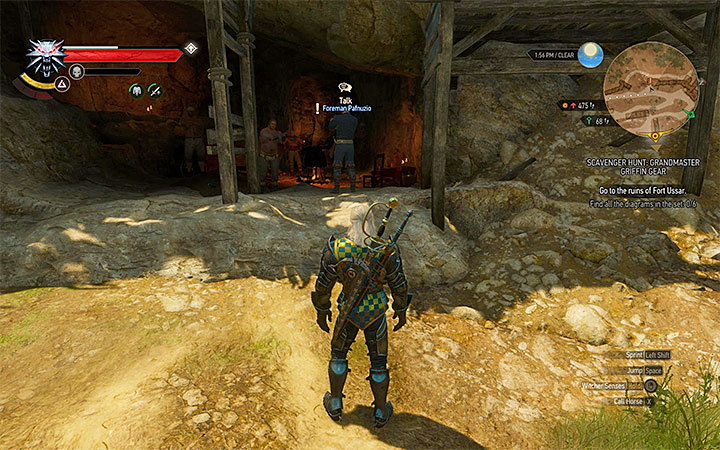 Search for Foreman Pafnuzio in the quarry

This task can be unlocked after checking one of the advertisement boards in Toussaint, or by reaching the quest giver. The quest giver is the Quarry foreman, who is in the Ardaiso Quarry, located in the eastern part of the duchy (M3,6). The foreman will tell you about a unusual accident involving a cow, which fell from the sky, and squashed one of the quarry workers. You can start the quest right away, or negotiate a payment for the quest.

Examine the cow carcass and the workman's body

The remains of the cow and the worker are in the north-eastern part of the quarry. Before you reach them, you will have to defeat a group of ghuls and alghuls. When fighting those monsters, use the oil for necrophages, and Igni, and rely more on dodging. Once you win the battle, walk to the dead cow and start investigating. You need to choose all options from the list, so Geralt closely investigates the cow and the worker's remains. The main hero will deduce that the cow was released by a flying beast.

Use your Witcher Senses to investigate how the crane was damaged 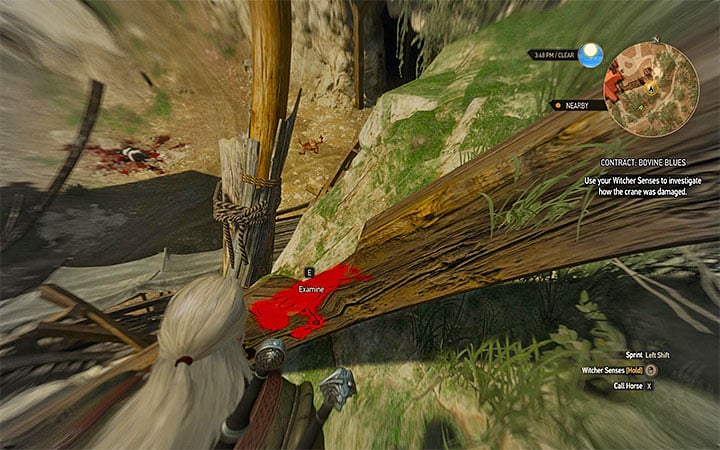 You have to reach the upper part of the quarry, and by using the witcher senses, locate the part of the crane which can be investigated.

Once again, you need to use the witcher senses. Search for red marks, and use the mini-map for navigation. Soon, Geralt will reach a small still. You have to eliminate the foulbroods (remember to jump away from them when they are near death) and once you clear the area, investigate the new, big mark.

Here we are, travelling again. Ultimately, you have to reach one of the big marks, which investigation will start a short cut-scene. This will allow Geralt to determine that he will be against Slyzards.

Climb to the top of the hill to reach the slyzards

You can choose the recommended path, which is shown on the mini-map (on the way, Geralt has to make a single jump), or reach the Ussar Fort Ruins from a different side, for example, from north-west. 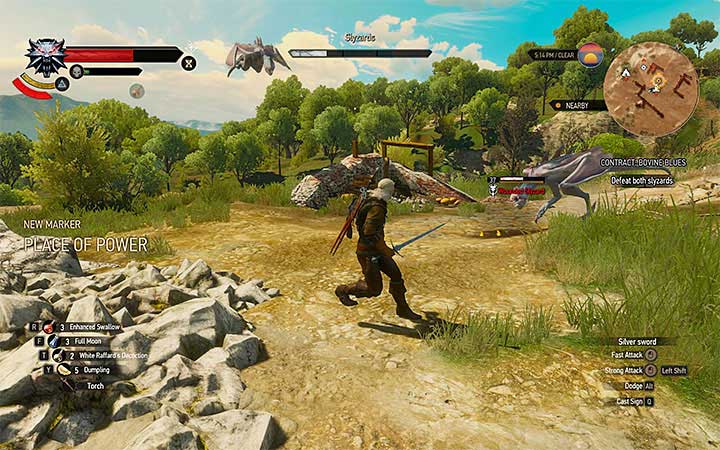 The younger slyzard is easier to kill

Before you begin the battle, you should prepare a little. Try to put the oil against draconids. Aard should be the active sign. You need to defeat two enemies: Wounded Slyzard and Female Slyzard. The sequence of attacking is of no importance, but if you don't want to avoid attacks from both creatures, start with the younger Slyzard, especially that he hasn't got a full health bar. 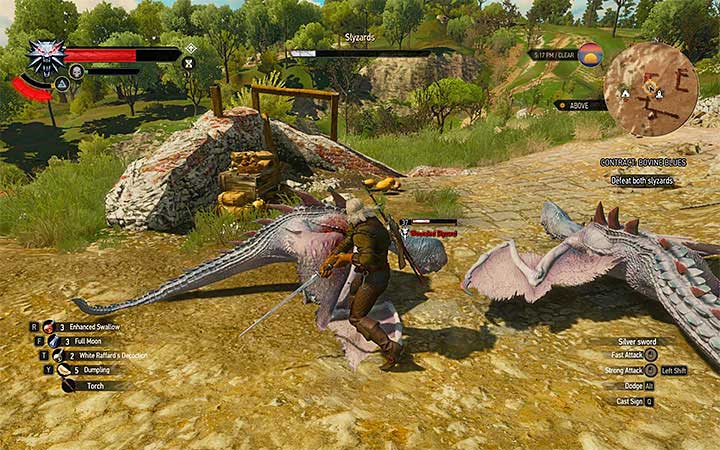 Use Aard to bring the monsters to the ground, or to stun them

During the described battle, use the Aard sign, recommended earlier, in order to "bring to the ground" or temporarily stun the Slyzard. If a monster is far away from Geralt, wait until it closes in and at the same time, avoid his ranged attacks. To achieve that, use dodges or hide in the nearby ruins. Once an opportunity to attack presents itself, engage the monster with few blows and dodge, so the monster won't hit you with his claws.

Once you deal with the young slyzard, you can take care of its mother. The beast has the same range of attacks, and behaves the same, only difference is, that the mother has a full health bar at the beginning.

Collect a trophy from the mother slyzard 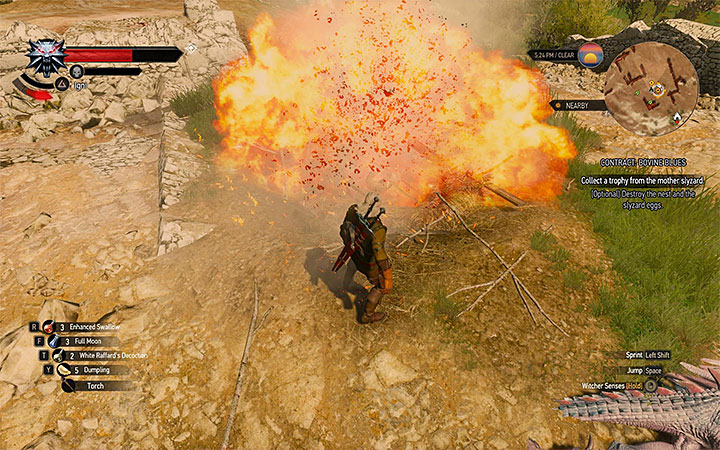 You can burn the eggs to complete a side objective

Once you emerge victorious, find the corpse of the mother slyzard, investigate them and take the Slyzard trophy + 10% to dismemberment and a rare sword, Dahlia. Aside from that, you can complete a side objective, consisting of destroying the slyzard eggs in the nest. It's a very simple task, all you need to do is to walk up to the nest and use Igni.

Collect a reward for solving the cow mystery

You can now return to Ardaiso Quarry to meet with the foreman. You will receive the agreed-upon payment. Aside from that, foreman will mention another task. You can talk with him again to unlock the sidequest Big Feet to Fill