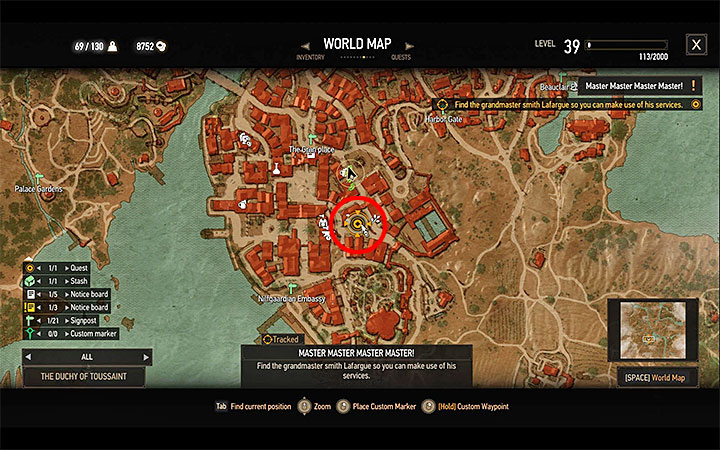 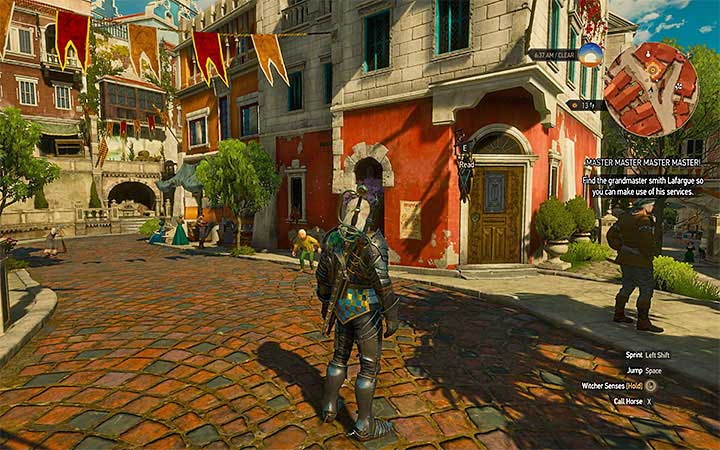 Location of the smith Zdravko in the city of Beauclair 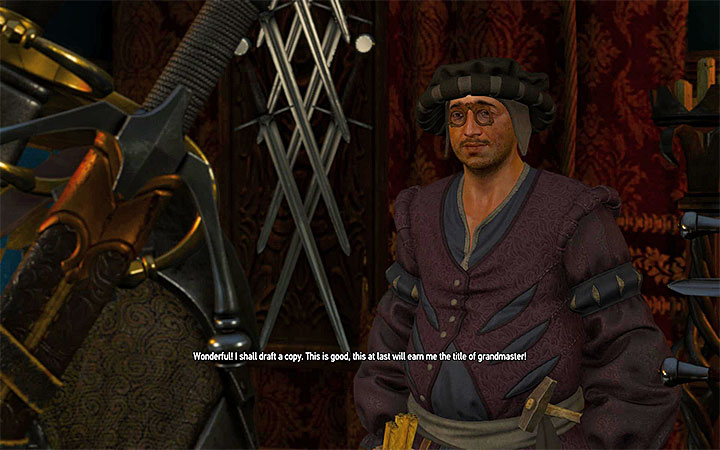 You can start looking for the new grandmaster gear diagrams in any order you want. Most of them are hidden in abandoned and long forgotten ruins, caves, temples and other similar locations. You also have to be prepared for the fact that a lot of them are protected by monsters or by environmental puzzles. You should try and complete one full set of diagrams (for example, all schematics from the Manticore school) as soon as possible. Once you've done that get back to Zdravko so that he'll make copies of them. This will allow you to make progress in the Master Master Master Master! side quest and as a result of all of that Zdravko will advance in his skills and he'll become a grandmaster smith. From that point onwards he will be able to craft the grandmaster Witcher equipment based on the diagrams delivered to him (obviously you'll still have to pay him for his services and bring him all required crafting materials).

Important - You should wait with beginning your search of the Grandmaster set diagrams until Geralt has advanced to at least 40th experience level. One of the reasons for that is because all the new items Zdravko will craft will require Geralt to be on level 40 before he has a chance to use them. Also, it's much easier to deal with the monsters guarding some of the diagrams when the main character is significantly stronger.