It's a very short main quest, almost entirely focused on fighting the Beast - Detlaff. Geralt can either win or lose this battle and in both cases the outcome will be the same - the battle will be interrupted by Regis. 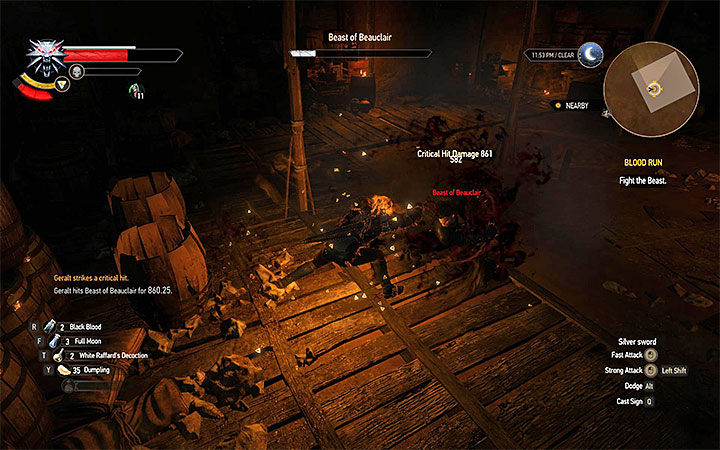 Keep moving and rely on Quen

Geralt will manage to catch up to The Beast of Beauclair in one of the buildings in Beauclair (M4,1). The quest will start with a conversation, but after a short prologue a duel with the mysterious opponent will start. What's very important, you don't need to defeat the Beast at all cost. If Geralt lose all his health points, the game won't end in failure but a cutscene will be triggered instead.

If you are ambitious and/or your Geralt is strong enough, you can try defeating the Beast. In that case, prepare vampire oil and some Black Blood potion. During the battle you should also use the Quen sign. Similarly as in case of the past encounter with bruxa, always keep moving - not only run around the room, but perform dodges as well. Look for openings to deal some damage to the Beast, either when it prepares an attack or after it bounces off Quen. This tactic is time-consuming, but effective if you don't make any serious errors. If you manage to win the duel, as reward you will receive 1000 additional experience points. 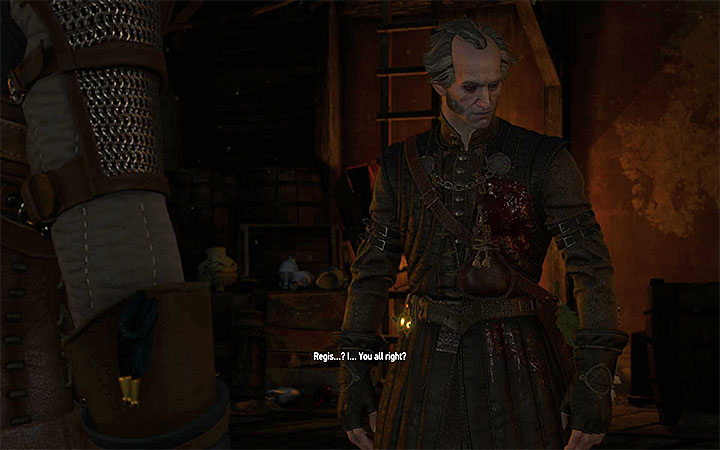 No matter whether Geralt defeated the Beast or lost, Regis will appear in the building and the duel will automatically end. Listen to the conversation with Geralt's old friend. You will learn that Detlaff van der Eretein is the Beast. Regis will ask you to look for Detlaff together. You will do it during the next main quest titled La Cage Au Fou.