On this page you will find a list of all missions - chapters of The Last of Us game. There are multiple large chapters to complete in the game, which you will go through in a fixed order. Our guide offers a very detailed walkthrough of all of the available missions.

The Prologue and the Quarantine Zone 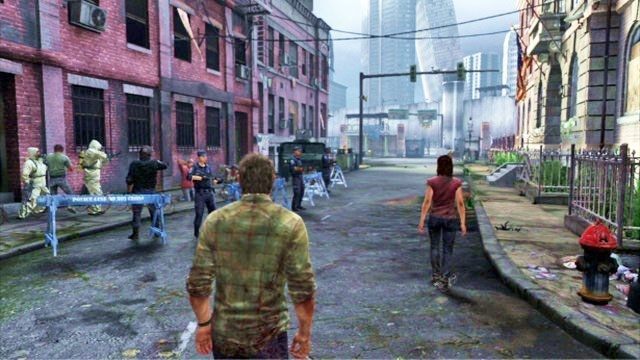 The introduction to the campaign is characterized by a low level of interactivity, but while travelling through different areas of the quarantine zone you will be doing a lot of exploration and will be facing multiple opponents. You will mainly encounter various types of bandits, although you will run into the first infected enemies here as well.

All of the levels of the Prologue and The Quarantine Zone chapters: 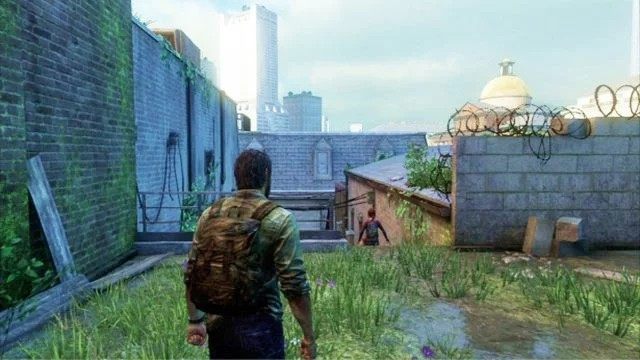 During the journey through the outskirts, Joel and Ellie visit, among others, the museum and the local town hall. Heroes must initially avoid detection by the enemy soldiers looking for them. More battles with the infected await for the protagonists in the later part of the chapter, along with the first encounter with the clickers.

All of the levels of The Outskirts chapter: 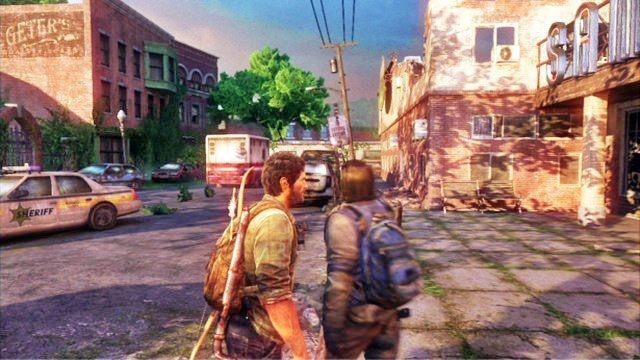 Bill's Town is a chapter taking place in rural areas, during which the title ally appears. There will be more encounters with the infected here than usually. A large skirmish with the monsters take place in the school building, where a strong infected known as bloater is encountered for the first time.

All of the levels of Bill's Town chapter: 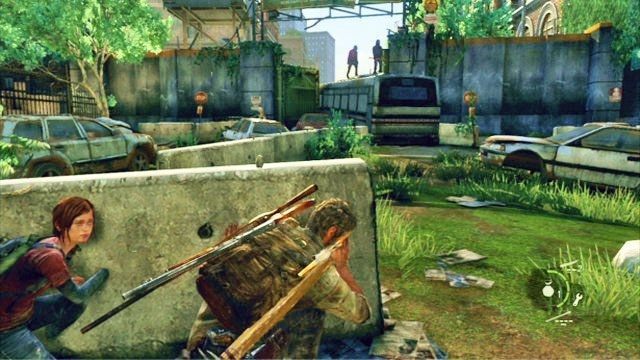 The visit in Pittsburgh begins with an ambush prepared by the bandits. Clashes with various types of thugs are the main topic of this chapter. During the journey through Pittsburgh, Joel and Ellie will visit - in addition to multiple bandit camps - a local hotel and will go through the financial district.

All of the levels of Pittsburgh chapter: 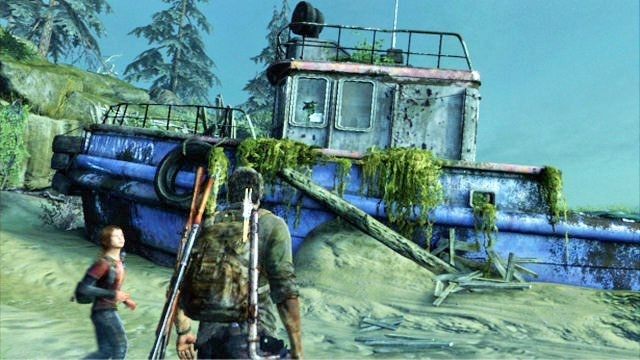 Joel and Ellie reach the suburbs after getting out of Pittsburgh and are accompanied by new friends. The exploration of the suburbs involves going through, among others, the waterfront and the sewers. In the final part of the chapter, the heroes will clash with a group of bandits, among with there will be a sniper.

All of the levels of The Suburbs chapter: 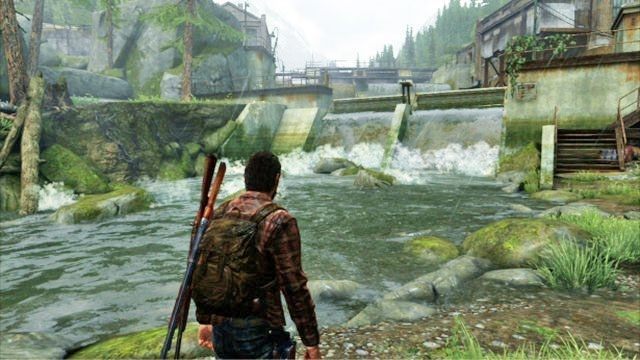 During this chapter, the main characters will visit the hydroelectric power plant adjacent to the title dam and will need to solve several environmental puzzles. In the later part of the chapter the heroes will need to secure a ranch captured by bandits.

All of the levels of Tommy's Dam chapter: 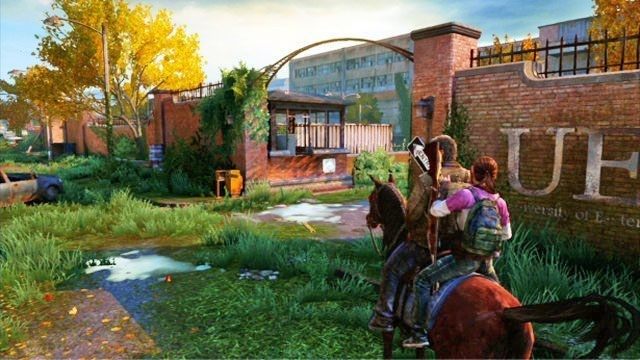 The university campus is a vast location in the game, where more exploration awaits for the heroes. This, however, does not mean that this is a peaceful chapter, as Joel and Ellie will have to deal with bandits and infected encountered along the way. The final part of the chapter is an escape from the campus after Joel gets hurt.

All of the level of The University chapter: 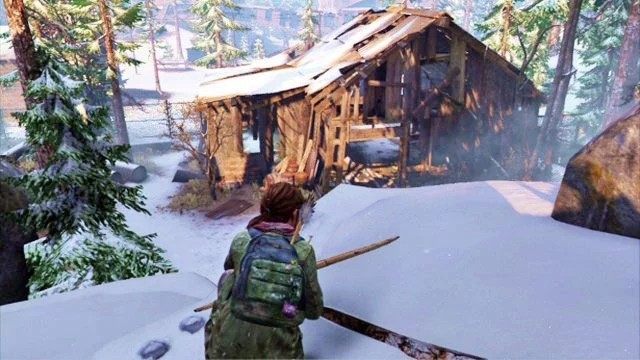 This chapter has two unique features - it takes place in the winter and during most of it you will be controlling Ellie. The girl, however, is not defenseless and can fight, which is especially demanding during the initial encounters with the infected. In the further part of the chater, Ellie will have to deal with a unique boss that requires sneaking to take down.

All of the levels of the Lakeside Resort chapter: 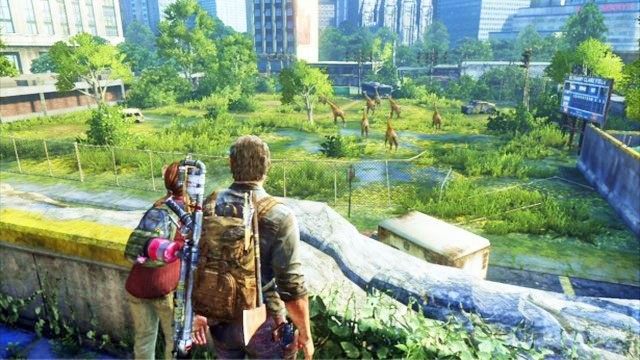 During this chapter Joel and Ellie return to the city. In addition to the title bus depot, the heroes will also cross the damaged highway and pass through the tunnel. The tunnel is full of infected, but the heroes will be able to choose between fighting monsters and sneaking by them.

All of the levels of the Bus Depot chapter:

The Firefly Lab and Jackson 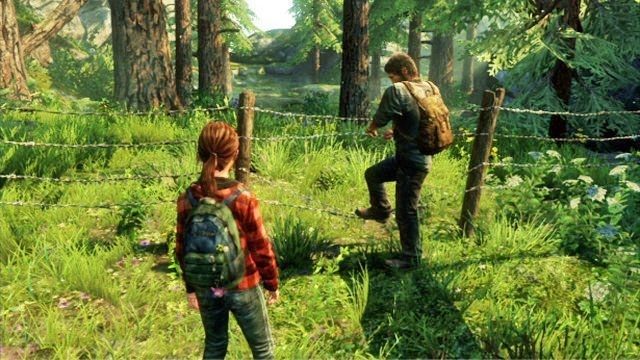 These are the two final chapters of the game. The Firefly Lab is nothing more than a large hospital, full of hostile soldiers. Joel will have to infiltrate this location with the intention of finding Ellie. Jackson, in turn, is a very short epilogue, during which you will only need to make a short trip.

All of the levels of The Firefly Lab and Jackson chapters: