This page of The Last of Us game guide contains a walkthrough of the Graveyard stage as part of the Bill's Town chapter. During this level the heroes must pass not only through the title cemetery, but also through suburban areas. The regularly encountered infected are the problem here. Some of them can be taken out via stealthy means, others only in direct combat (shotgun and bombs are helpful here). 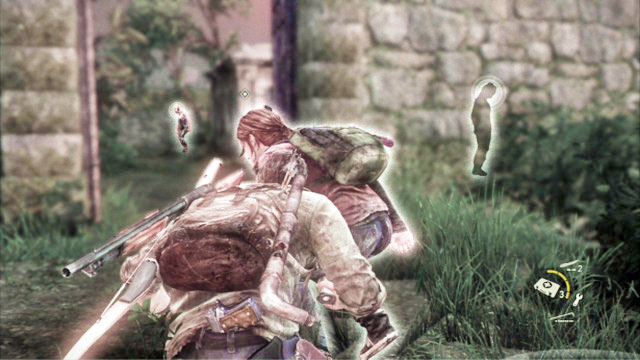 After you get to the graveyard, keep going ahead to reach a wall with a clicker behind it. You can locate the creature by listening out. 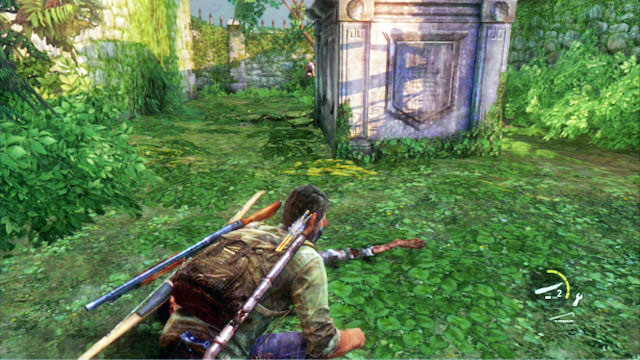 Squeeze past the monster and kill with your blade another enemy that you encounter. Your task now is to get rid of all the mutants so, using knives is not too economical here. 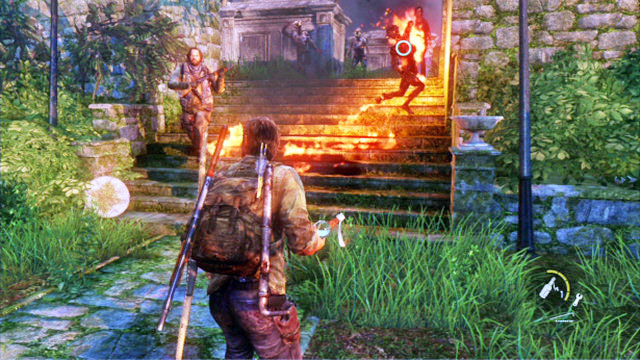 Instead, try and run through the entire graveyard as fast as you can, and gather all of them in a narrow passage. Then, two bombs or Molotov's cocktails will do the work and kill an entire group. The remnants can be finished out with your shotgun. You can also deploy 1-2 bombs in a narrow passage and then, lure all of the beasts into that passage, which results in killing them with a loud, jolly explosion. 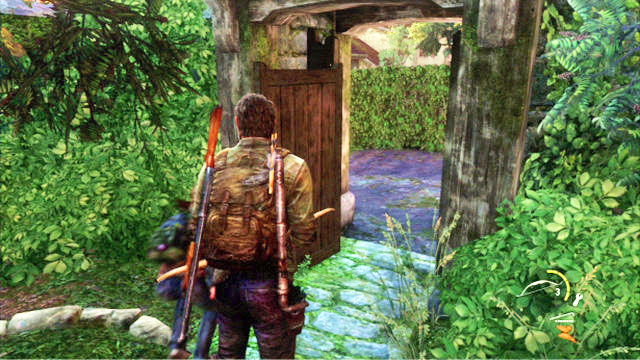 Once the area is clear, go to the other end of the graveyard and wait for Bill to open the door. 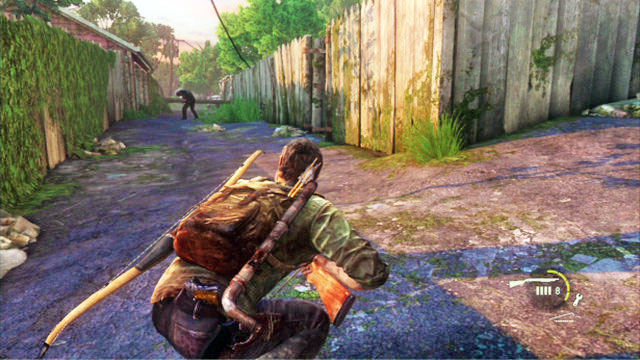 This way, you will exit to the road where there are further enemies waiting for you. Strangle the first two, with your companion's help, and o ahead. 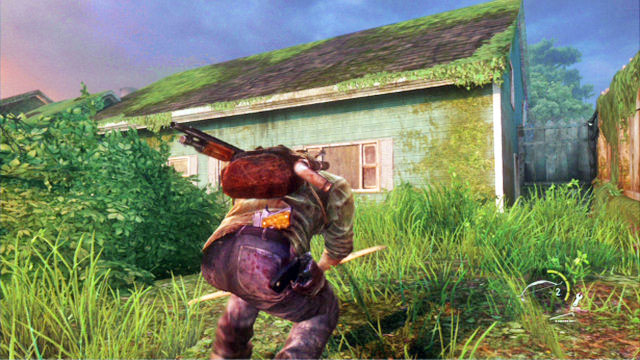 Atop the hill, there is a big green house where you can find some useful supplies. 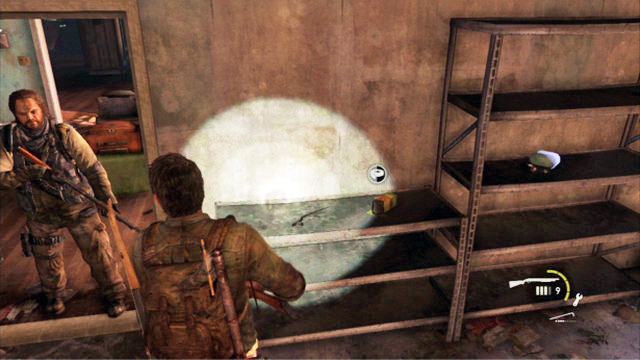 Explore the area thoroughly and shoot the enemies you encounter. 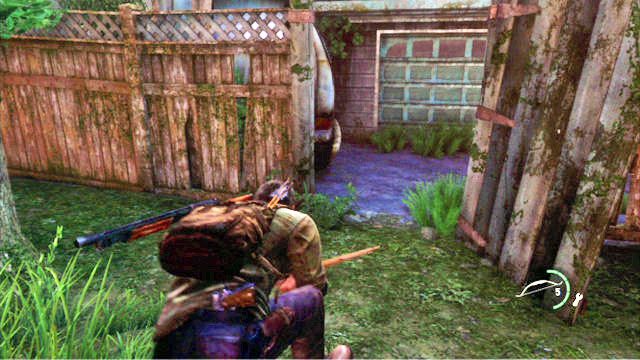 Follow the edge of this location until you reach the gate in the fence on the left. 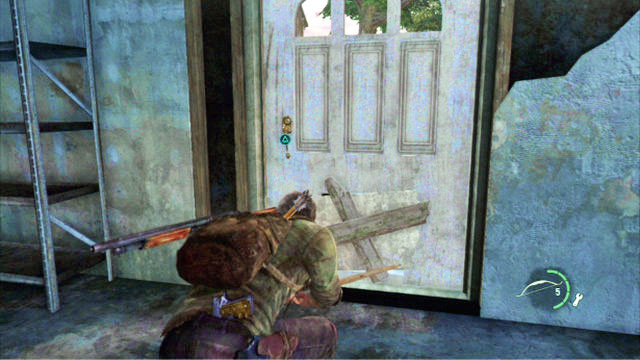 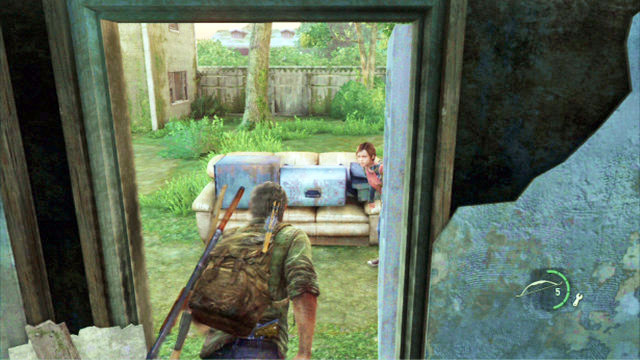 Ellie will squeeze through to the other side and open the door. 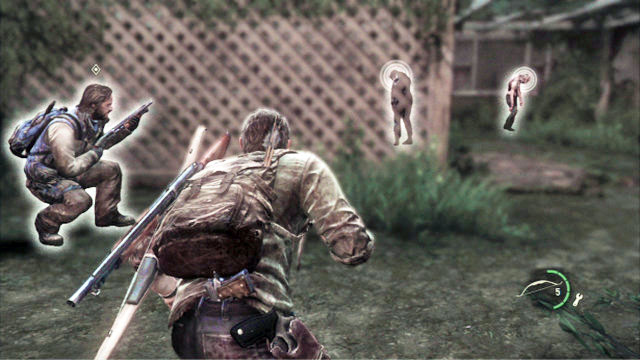 A bit further, you will approach a house with clickers at the door. 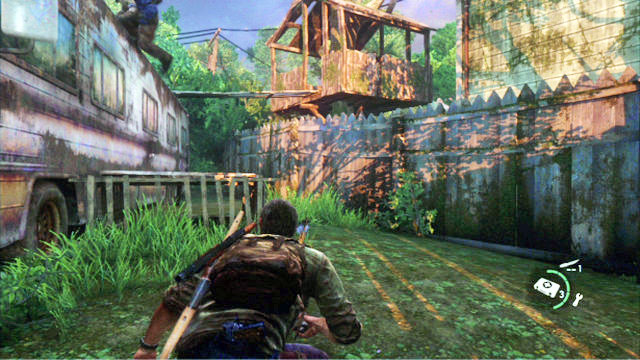 Squeeze past the monsters and, while avoiding getting into fight, make it over to the other side of the building. You should now be able to see a tree house with a plank. Climb onto the camper and walk over that plank. 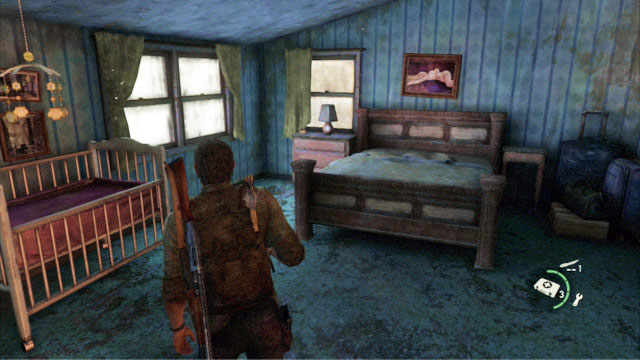 When you reach the next house, explore the upper floor and follow Bill. 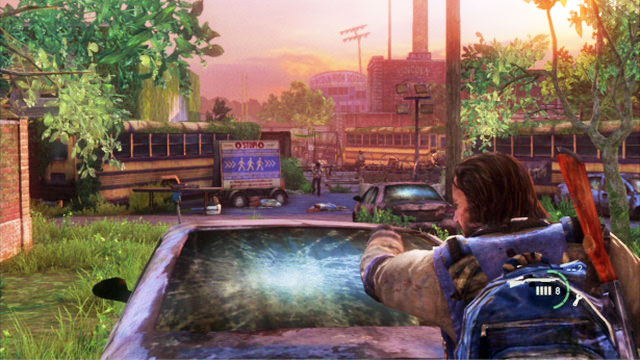 Together, leave through the garage to enter an area swarming with enemies. 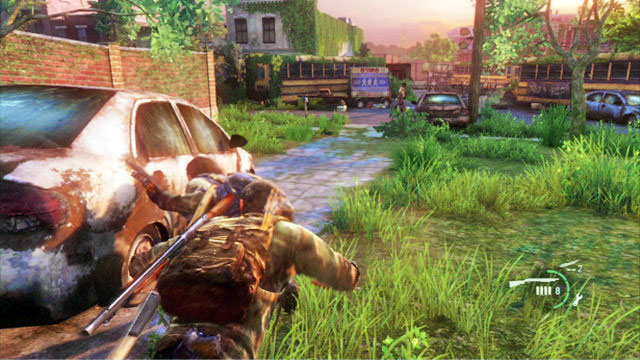 Your task is to kill every one of them but, before you start using your firearms, it is worthwhile to take out several of them in a more stealthy way. Produce your bow. 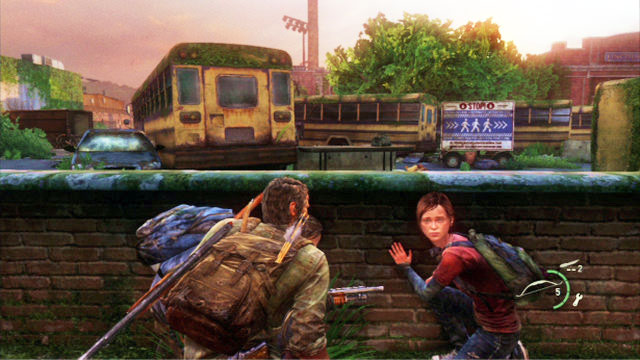 Your first target is the creature behind the wall to the right. 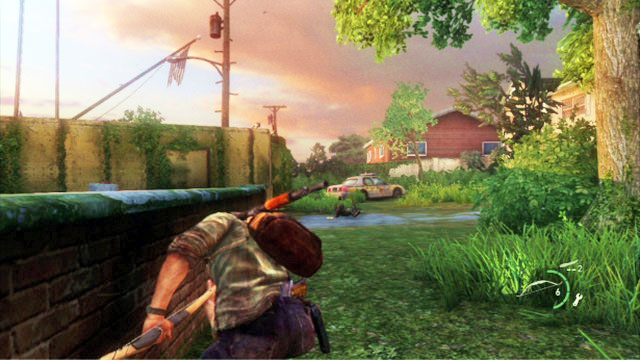 When the monster dies, turn right and take out another one. 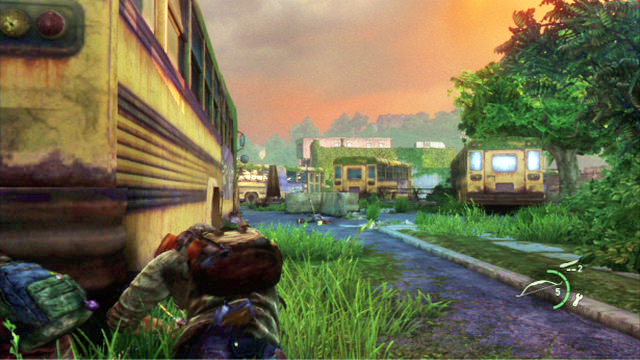 You can now go to the rim of the location (i.e. the direction that the last zombie came from) and kill the enemy that is patrolling the area behind the bus. 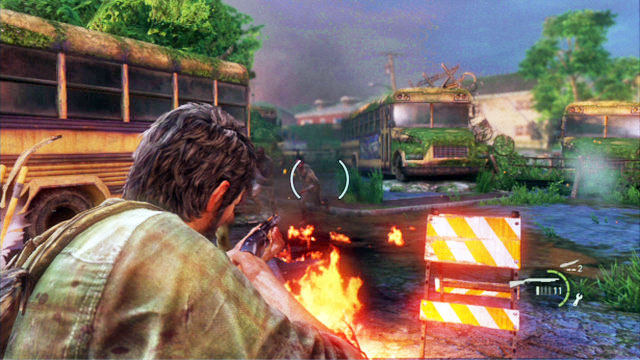 Go along the rim of this location until you are, finally, spotted and attacked by a group of mutants. Run now towards the net blocking further passage, turn around and throw a Molotov's cocktail at the enemies. The remaining ones shoot with your shotgun. 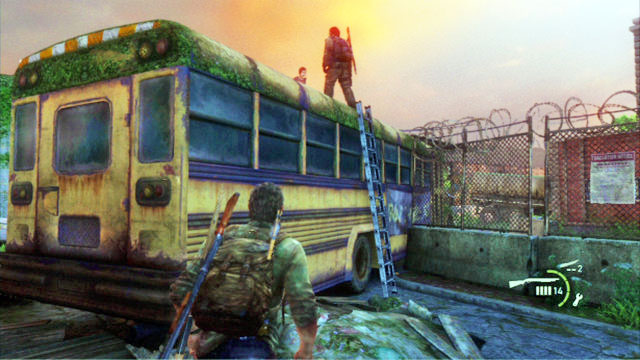 Once the area is clear, take a look at the bus to the left. There is a ladder atop that bus, which Ellie will give to you if you give her a boost. 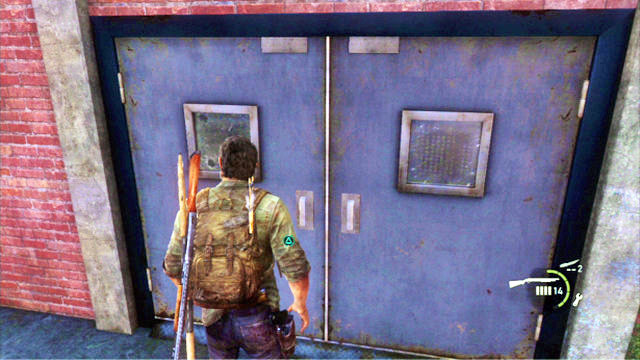 Once you make it through to the other side of the fence, check out the door of the nearby building. Then, walk around it on the left. 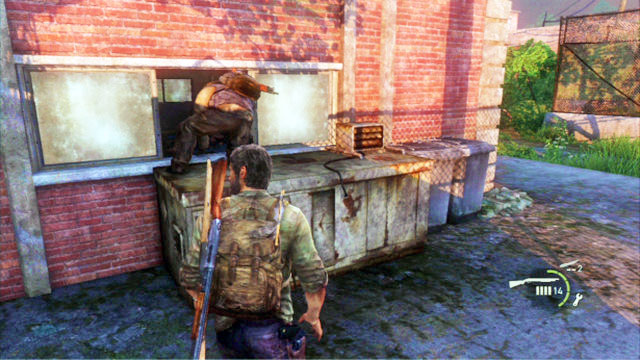 You will find there a small window which you can follow your companions through. In the meantime, keep shooting at the incoming enemies.