This page of The Last of Us game guide contains a walkthrough of The Capitol Building stage as part of The Outskirts chapter. During this section the heroes will face numerous hostile soldiers and descriptions of two main confrontations have been enriched with maps in our walkthrough. You can often use stealth attacks to take out the enemies. 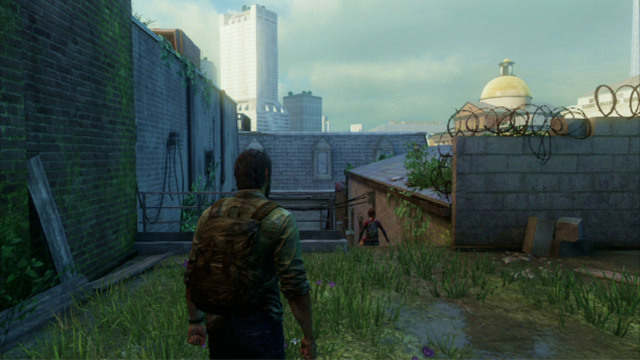 After a short cutscene, run ahead to the very bottom of the stairs. 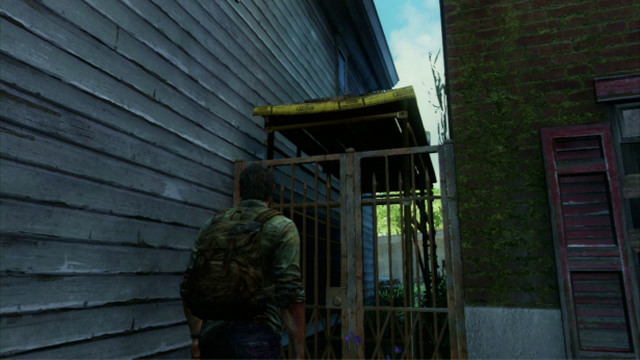 In the right corner of this location, you should notice a locked grate. and a scaffolding. 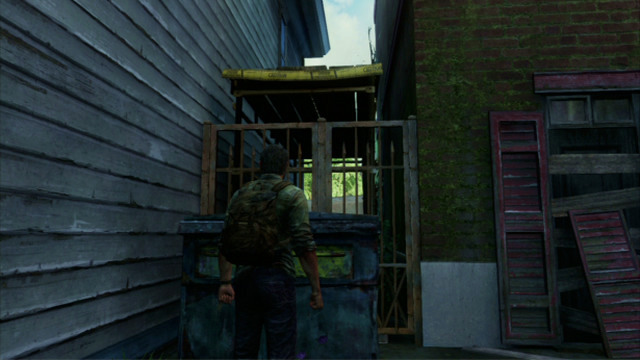 To get up, you need to move a nearby container. 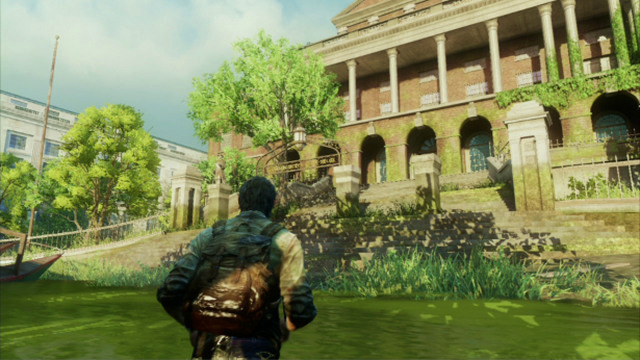 Once you get to the other side, go left until you reach the Capitol Building. 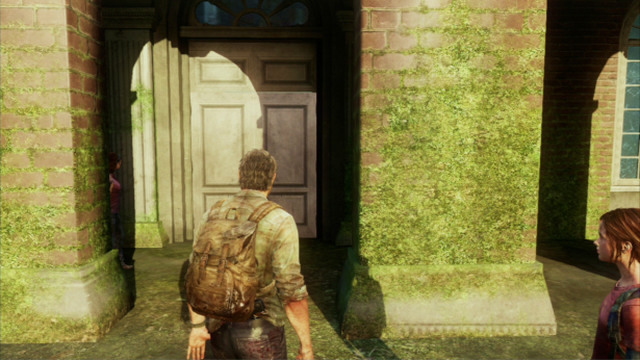 Opening the door will trigger a short cutscene. 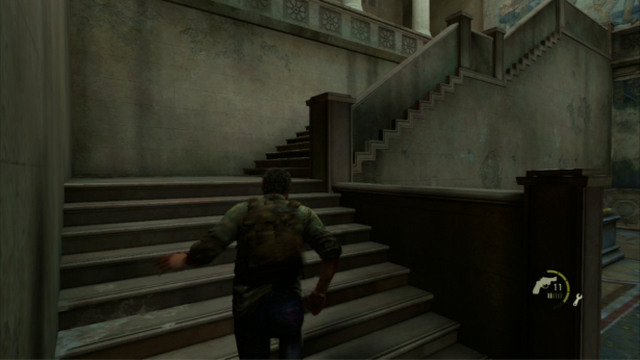 As soon as it is over, run up the stairs to the left and keep going right. 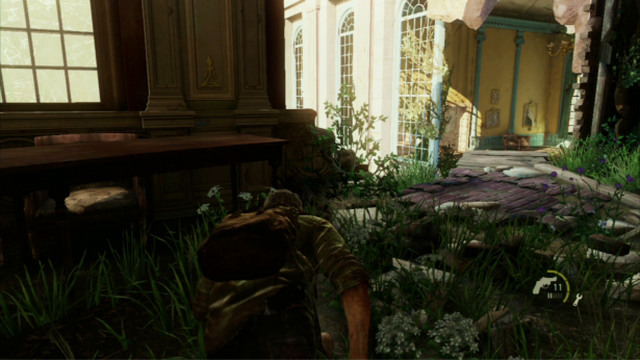 This way, you will reach a shelf that will make it possible for you to get lower. 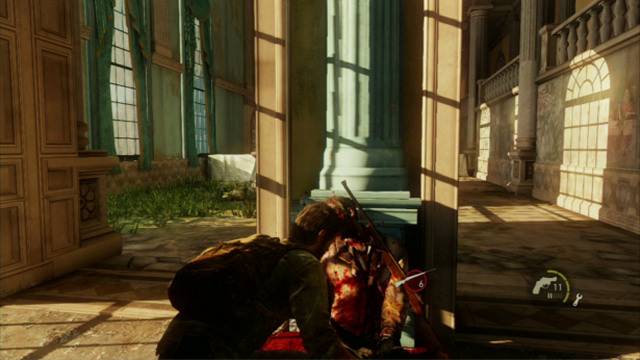 You will find there a corpse with a hunting rifle on it, that will come in handy while fighting soldiers. The longer you aim at a spot, the more precise the shot and the greater the damage. 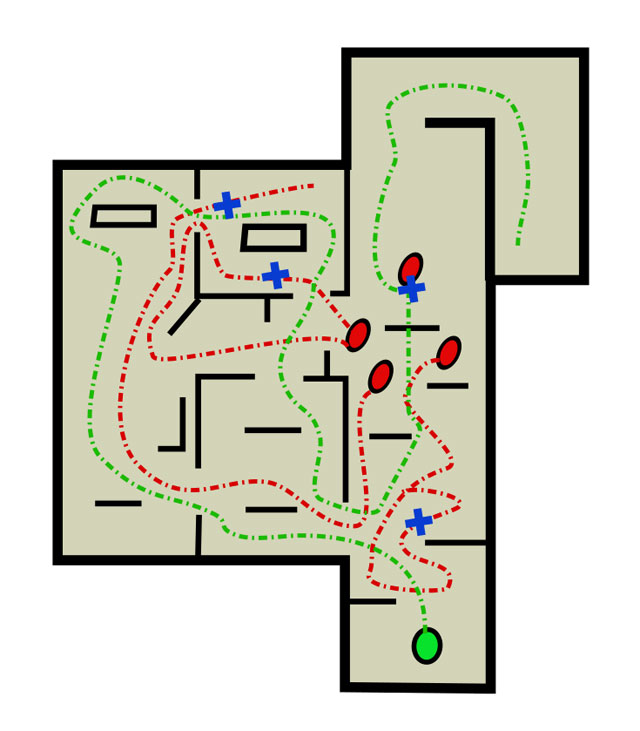 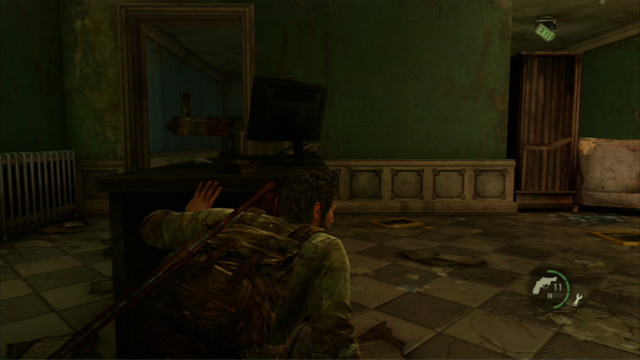 Right after you obtain the new piece of weaponry, go to the room at the left end and take cover behind the desk in the left corner of the room. A moment later, the first one of the soldiers will enter the room. When he starts to leave the room, sneak up to him and kill him. 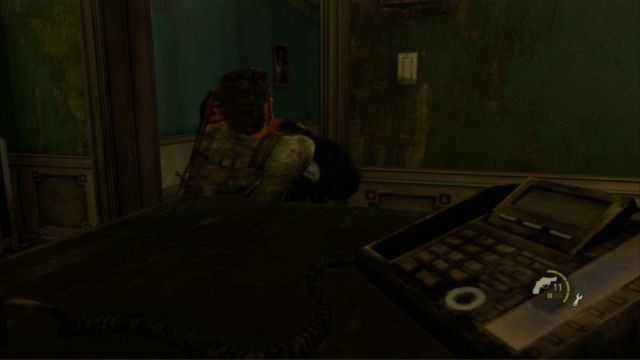 You should now hide behind the cabined in the dark room, to wait for the other one of the enemies. Kill him by grabbing onto his neck and strangling him. 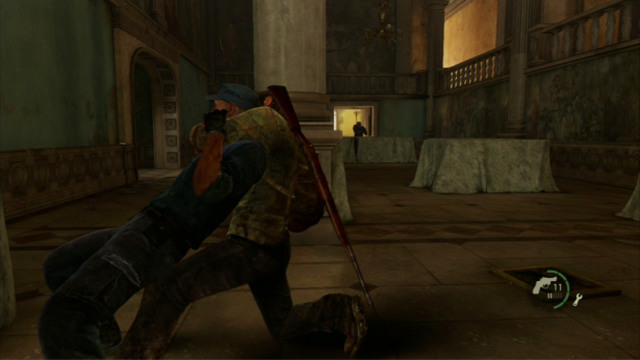 You can now return to the place where you found the rifle and eliminate the enemy that walks in circles. 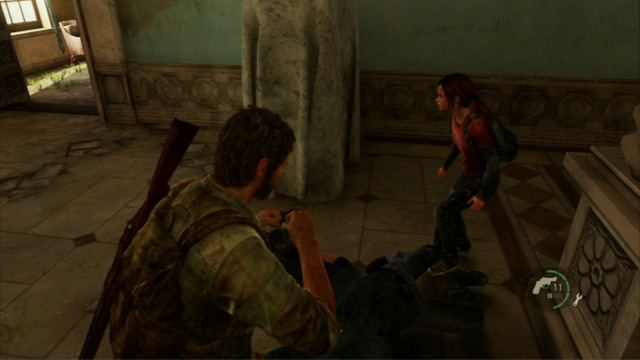 Once he dies, there is going to be only one soldier left, which should be no problem to you anymore. 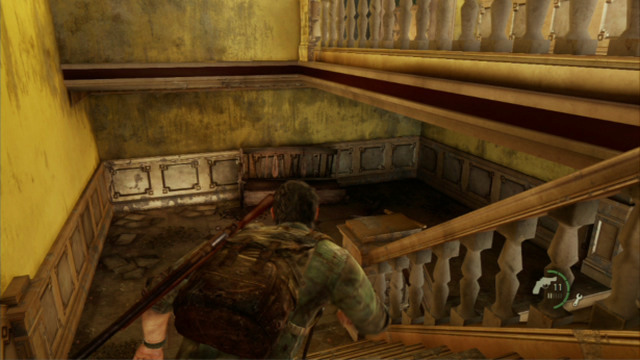 After you clear the area, return downstairs via the stairs. There is another band of enemies waiting for you. 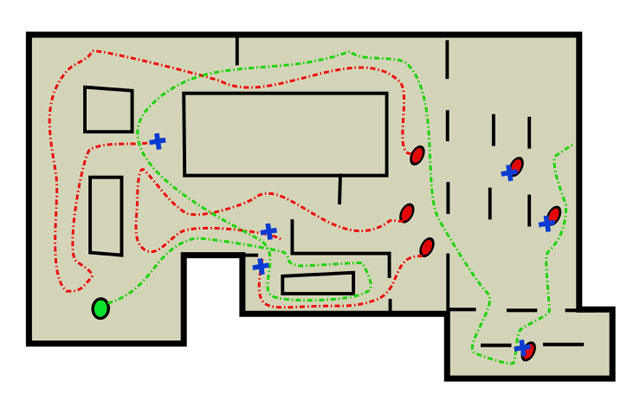 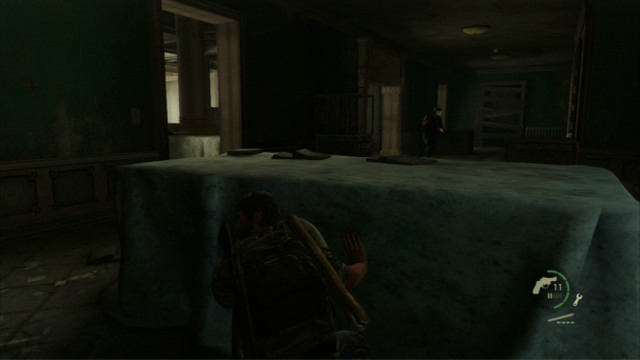 To defeat them, make your way to the dark room to the right as quickly as you can. In the centre of that room there is a big piece of furniture, which you can use as a cover. As soon as an enemy appears, kill him. 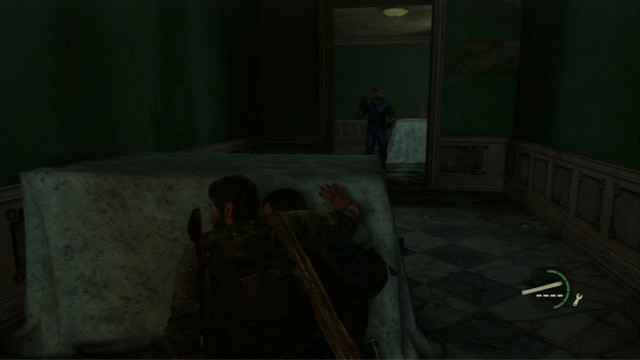 The death of the first one will disturb the other ones. They will come to check the room that you are staying in, one by one. When they come, strangle them also. 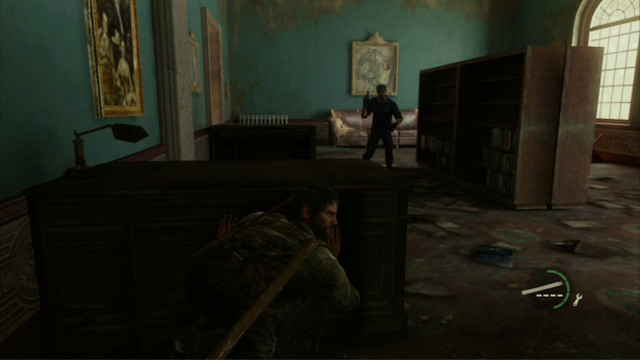 As soon as the third one drops dead, go right and kill the man walking between the chest and the shelf. Even if he spots you, you should not worry about that. 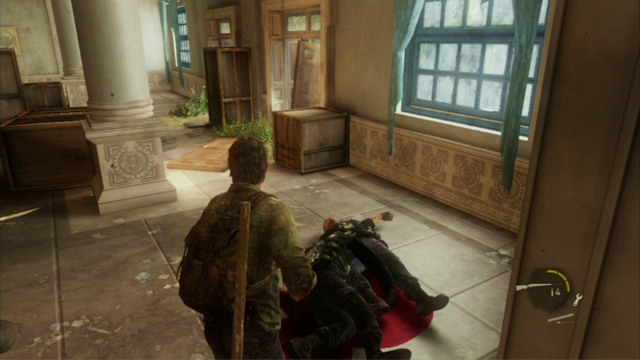 There are only three more soldiers remaining in the building and you can eliminate them without any problems with the rifle that you obtained earlier. 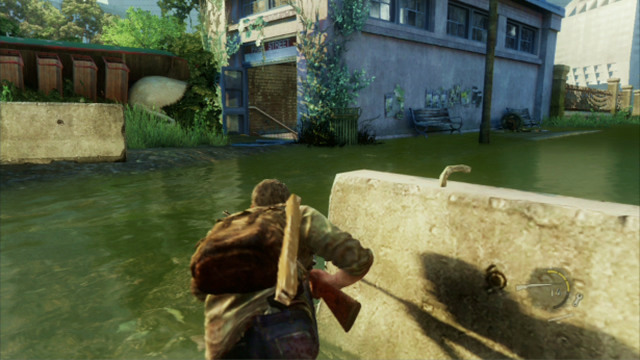 As soon as you deal with the last one of them, leave into the open and run up to the stairs leading to the metro station. 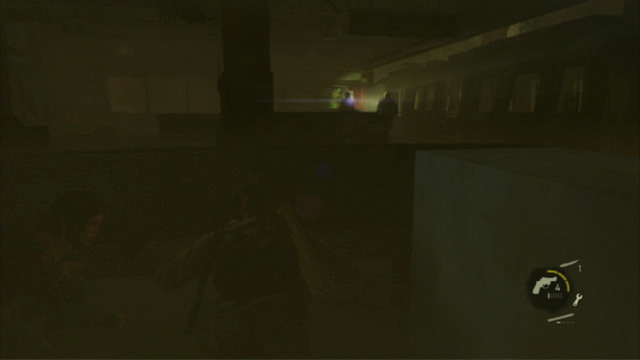 Underground, you will bump into two more enemies. Kill the first one of them by walking around him from the left, and shoot, or sneak kill as soon as he turns away. Most frequently, they do not see each other because of the train on the tracks so, you should experience no difficulties while taking them out. 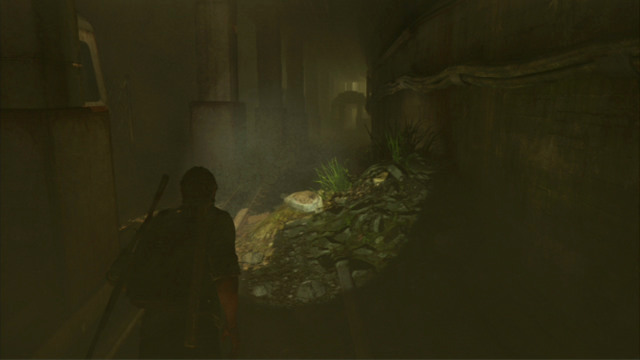 As soon as the area is clear, run along the tracks, and walk through the railcars here and there. This way, you will reach a flooded part of the metro where you will have to dive several times. To do that, press the circle, and press the X to resurface. 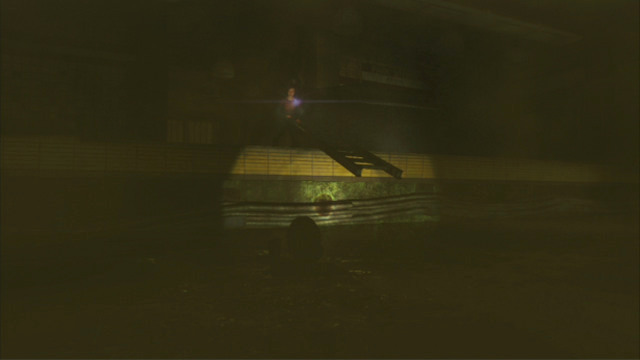 Once Ellie will be able go continue the journey, swim up to the far end of the tunnel and find the drifting wooden plank. You need to grab it (the triangle) and take it over to the girl. After your companion jumps onto the plank, swim over with her to the other end of the tunnel. There, Ellie will go ashore and throw you a ladder. 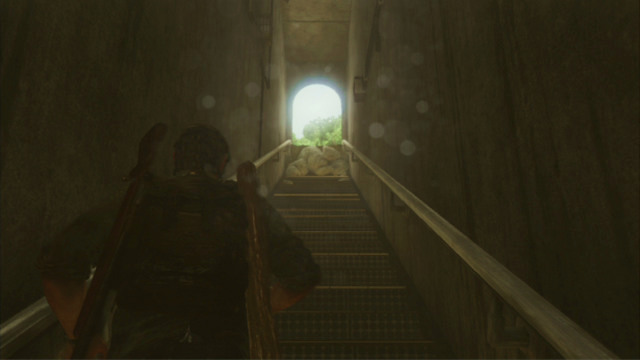 Climb up the ladder, and then dash into the open up the nearby stairs. 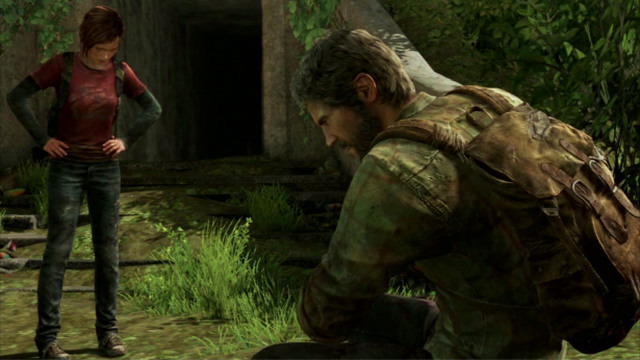 This will start a short cutscene.