This page of The Last of Us game guide contains a walkthrough of the prologue. During the first minutes of the game you will control Sara, but after a while you will take control over Joel trying to get out of the city with his daughter. This stage contains a lot of directed scenes in which the degree of interaction is small. 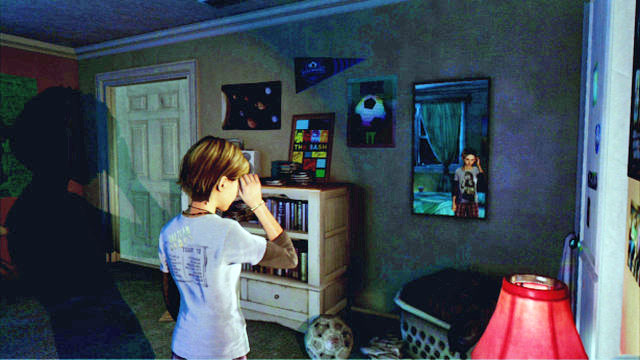 After the intro ends, approach the cupboard to the left. You will find there a birthday card, which the daughter prepared for Joel. Read it and leave the room. 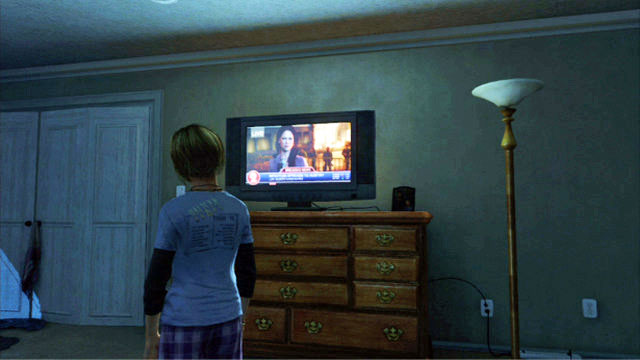 In the bathroom opposite, the father left a newspaper and, when you enter the bedroom, you can watch a fragment of a news broadcast. 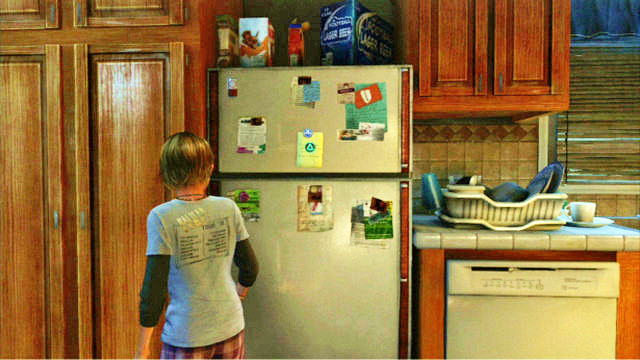 Once you are done, go downstairs and take a look at the mobile on the tabletop, and read the note attached to the fridge door. 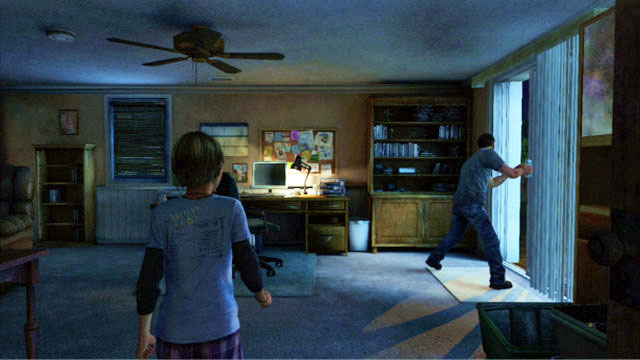 You can now go to the room where there Joel will soon appear. 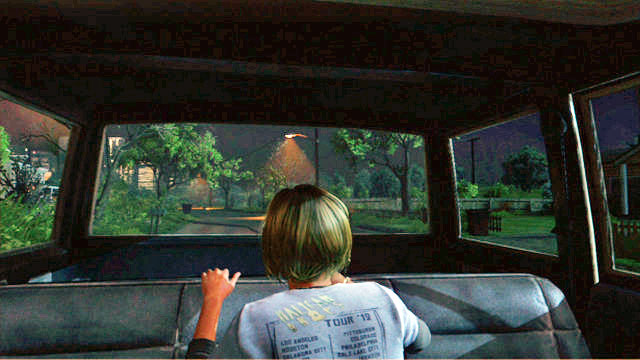 After a short cutscene, you will end up in the car and, the only thing you can do now, is look around. To zoom in an out, press L1. 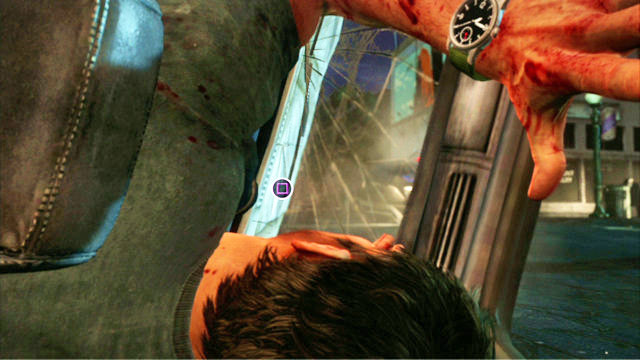 Once the ride draws to an end, keep tapping the square quickly to break the window. 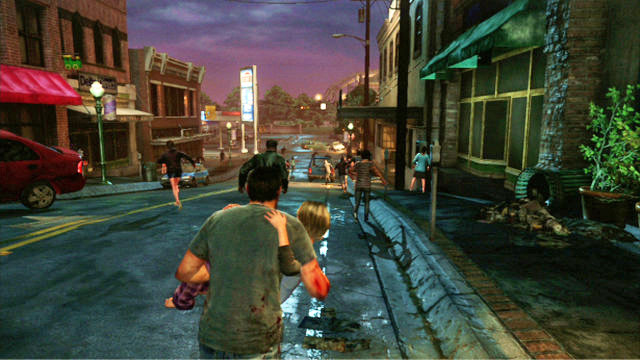 You need to run ahead to lose the beasts behind you. 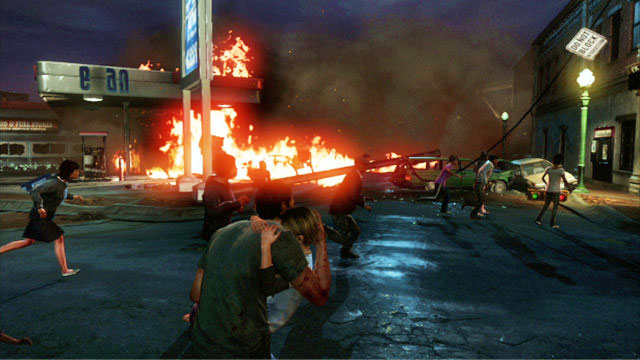 Once you witness a big explosion, turn right. 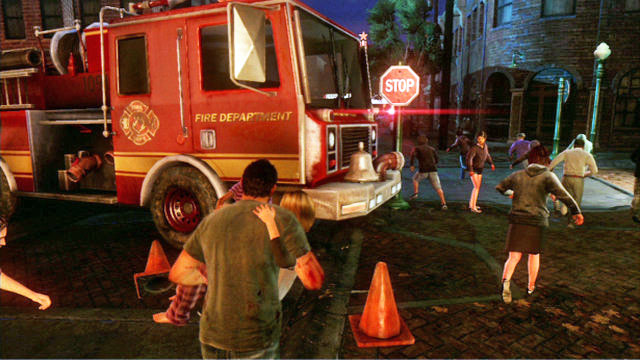 A bit further, you will be passing by a fire truck. Take the alley to the left behind the truck. 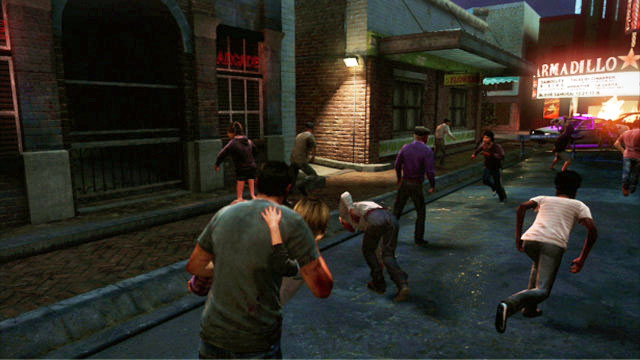 Wait there for Tommy to reach the door and run ahead. 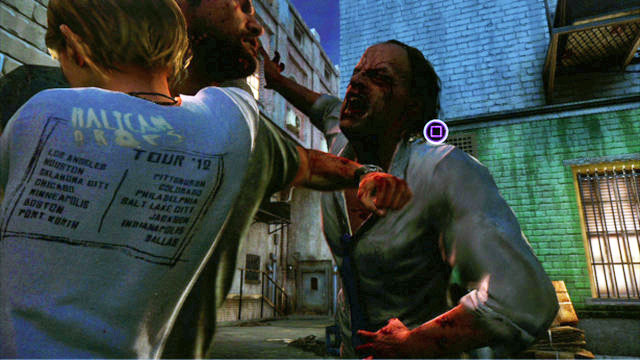 When you are attacked by a zombie, push it away as quickly as you can, by pressing the square. 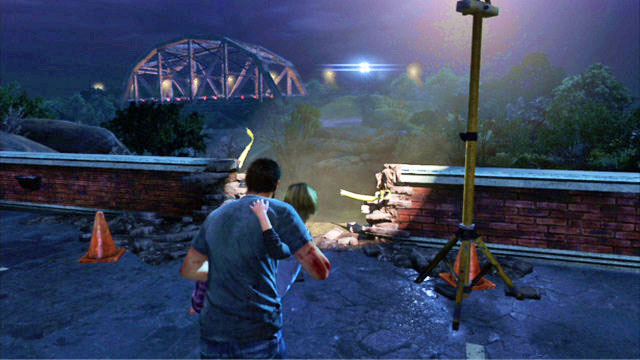 A bit further, you will find the entrance to a building, where you will take part with your companion. You now need to get to a path leading up to the highway. 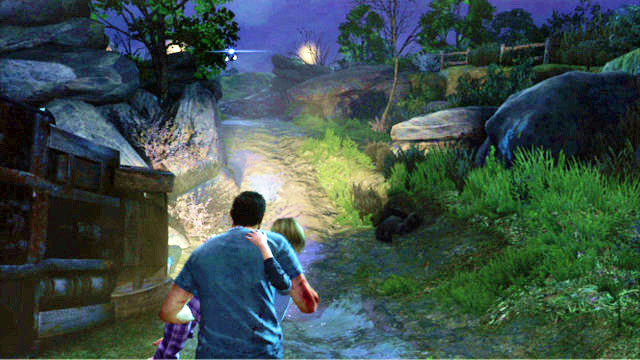 To end the prologue, keep running ahead and ignoring all the enemies around. This way, you will reach a soldier, who will finish this stage in a rather brutal way.